Alberta, like Quebec, is different. Like Quebec, the province matters to the future of Canada. Also like Quebec, it needs and wants a more asymmetric Canada. Yet, in some ways, Alberta’s national unity politics will be harder than Quebec’s were in its separatist crises since the 1960s.

Great leaders make many mistakes – often big ones – but they get the greatest things right. Winston Churchill is the best political example of that in my lifetime. He got almost everything wrong during his very long political career except Hitler. Churchill likely saved Western civilization when he became U.K. prime minister in May, 1940, just before the fall of France.

Pierre Trudeau was also a great leader who got almost everything wrong: the economy, the West and the United States, but he got the greatest thing, Quebec separatism, right. Unfortunately, the legacy of his failure in the West – and in Alberta in particular – has endured and is now a growing threat to national unity.

Quebec and Alberta share strong senses of being distinct from Canada as well as being part of it. Quebec’s differences are primarily language and religion. Alberta’s are more cultural and political.

Quebec, however, is at the centre of the country geographically and feels less distant from Ottawa for other good reasons. It has always been at the centre politically and economically. Until 75 years ago, Montreal was Canada’s largest city and the financial capital. Quebec has almost always felt it had influence.

True, the federal politics of separatism and national unity within Quebec have often been intense because of the powerful ethnic nationalism at the basis of Quebec separatism. But counterbalancing that was strong for-Canada political leadership federally and in the province.

Since 1920, pro-Canada Liberals have been in power in Ottawa three-quarters of the time, led for long periods by three strong francophone prime ministers – Louis St. Laurent, Pierre Trudeau and Jean Chrétien – and two skilled and compromise-oriented anglos from Ontario – Mackenzie King and Lester Pearson. During those governments, there was almost always a strong pro-Canada francophone Quebec provincial Liberal leader.

In the 1960s, with a powerful contingent of ministers from Quebec, Mr. Pearson was able to lay the early political groundwork before a single Quebec separatist had been elected to the Quebec National Assembly or in Ottawa. And with the help of non-Liberal Quebec Premier Daniel Johnson and Conservative Ontario Premier John Robarts, Mr. Pearson built a foundation for 40 years of successful defences of federalism in Quebec.

Alberta’s sheer distance from central Canada makes its distinctiveness different. And the province has almost always felt it has lacked influence.

Alberta’s provincial politics since 1920 have also been unlike those of any other province. It elected United Farmers party governments in 1921, 1926, and 1930, then Social Credit regimes from 1935 to 1971. It then switched to Peter Lougheed’s Conservatives and, with the exception of Rachel Notley’s NDP from 2015 to 2019, the party (or variations of it) has been in power ever since. Federally, Alberta has voted overwhelmingly Conservative since Social Credit was defeated in 1971.

Bottom line: Alberta has largely followed its own political star. But this has made the province weaker in Ottawa than it should be, and far less influential than Quebec, where voters deftly play federal and provincial parties off each other.

Today, the only federal party with enough strength in Alberta to help fend off Wexit is the Conservatives. Unlike the Liberals in Quebec, however, the federal Conservatives do not have the needed federal strength beyond Alberta to match their support within it. This is an enduring advantage for the federal Liberals.

For Canada to move beyond a real Wexit risk, one of the two main national parties must find a political path that combines broad support across the whole country with federal and provincial strength in Alberta. Yet the Liberals are now hopelessly weak in the province and in the Conservatives' recent leadership contest, not one candidate came from Alberta.

Ramsay Cook, the Saskatchewan-born historian who helped define modern Canada, passed away in 2016 after a long and successful academic career. In his latter years, he and I discussed the impact of federal tax reform in 1970 and the National Energy Program (NEP) in 1980 on Western Canadian alienation.

I asked Professor Cook what accounted for the socio-cultural and political differences between Alberta and the rest of the West and Canada. He told me that he had never been able to figure it out, nor, to his knowledge, had any other Canadian historian.

But some issues and personalities have certainly inflamed tensions. Pierre Trudeau laid the groundwork for oil-based Western hatred of the Liberals with the NEP, which capped the prices provinces would receive for their oil. Many commentators and opponents say son Justin is now co-ordinating another assault on Canadian energy.

As in Quebec during its separatist crises, in the short term at least, politics in Alberta could become more heated and divisive before they get better. Quebec was dominated by the Roman Catholic Church for decades. When that domination receded in the 1960s, a potent new mix of Quebec nationalism and separatism took hold.

It could turn out that Alberta is now in the early stages of withdrawal from oil dominance. That shift will continue to stir up strong feelings in the province. Yet it could also be the path to a stronger economic future as the global role of oil slowly recedes.

Justin Trudeau is not the cause of low global oil prices or of voter worries around the world about global warming. Those low oil prices and international worries almost certainly now hurt Alberta more than the Prime Minister does.

Albertans should also recall that under high oil prices, the province spent at a higher rate than any other government in the country. And long stretches of high prices got in the way of economic diversification.

In the short term, however, tensions between Alberta and the rest of Canada are almost certain to rise. Three leading Alberta academics and policy makers – Jack Mintz, Ted Morton and Tom Flanagan – have edited a very timely book of essays, Moment of Truth: How to Think About Alberta’s Future. They have started a long and necessary concrete discussion about oil, climate change, Alberta and national unity. The issues will also have to include Indigenous challenges.

The authors see three basic options. First: institutional reforms that would increase Alberta’s influence in Ottawa. But it’s hard to see how this could help the oil industry and be politically acceptable in the rest of the country. The proposed increase in the province’s proportion of Senate seats failed.

Second: more policy freedom from Ottawa. Quebec has bolstered its control over federal and provincial programs over the years. But, again, would it help the oil patch if Alberta, like Quebec, had more provincial control of policy and its health care system?

Third: separate from Canada. But this would almost surely hurt oil and Alberta more than it would help. In a world where global trade is breaking down and nationalist-driven populism is getting stronger, a landlocked jurisdiction in a weakened Canada would have far less bargaining power. And things could easily go very wrong even just starting down the road to a referendum on separation, as they did in the U.K. when then-prime minister David Cameron called a Brexit vote he thought he could win.

Industry diversification is still the best way forward for Alberta and Canada, as I’ve argued in my past five Globe articles. The outcomes of future federal and Alberta elections will likely be shaped by what happens on three fronts: stronger economic growth in Alberta aided by the kind of federal policy changes I’ve outlined, the rising dangers of a troubled U.S. and its relations with the world’s other major economies, and discussions about Western alienation and Wexit that lead Alberta to feel that Ontario and central Canada are finally “getting” the province and the West better than they have before.

As for the U.S. and other major economies, all are going through identity and existential crises. The divisions evident in the U.S. since Donald Trump took office will endure, no matter what else happens over the next several months and even years.

Whatever happens in the U.S., Canada will find itself ever more on its own. Alberta cannot afford to separate, and the rest of Canada cannot afford to let an Alberta flirting (or worse) with separatism continue to fester. One essential path forward for the province and Canada, as I’ve argued, is a national economic policy breakthrough based on stronger private-sector investment.

Even so, there will be no end of Wexit talk until the Conservatives take office in Ottawa or a post-Trudeau Liberal prime minister finds a more positive-for-Alberta way forward electorally than federal Liberal governments have been able to do since 1980. 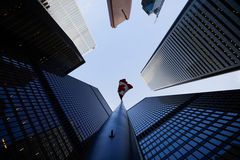 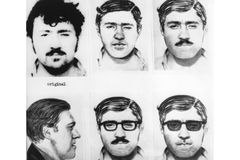