Talk of a green postpandemic economy abounds these days with calls for unprecedented spending to overcome the nation’s infrastructure deficit. Under current approaches, what won’t change is the inequality in basic services in Indigenous communities, where that infrastructure deficit is estimated to be $30-billion, according to a 2016 report by the Canadian Council for Public-Private Partnerships.

As the federal government continues to tackle a national infrastructure gap, said to be as much as $570-billion in its Investing in Canada Plan, a portion of that funding should be earmarked for projects benefiting Indigenous peoples, where the infrastructure gap is most acutely felt.

All levels of government must act; however, this cannot be done without the private sector. Sustainable solutions must leverage capital markets.

Something needs to change if Indigenous peoples are to share equally in Canada’s future. In too many communities, current standards of living are similar to those in developing countries.

What is needed is a continuing funding mechanism of consequential scale that does not lapse after short operational periods, that is capable of being replenished by the institutions that fund it and by the communities that use it.

A $1-billion-per-year fund as the foundation for other governmental, corporate, non-governmental and international funding would go a long way in addressing inequities in facilities and services that have existed for too long.

This new fiscal relationship would provide predictable and sustained funding to support programs and services so desperately needed, while stimulating economic development in high-potential clean-tech industries. An Indigenous-led group of clean-tech executives continues to work to build support for such a fund and to advocate for change.

What would such a fund look like? Its first mandate – which would include an endowment – would be to work with Indigenous leaders to develop more resilient infrastructure in remote and Northern communities by building or retrofitting more energy-efficient housing, and by diversifying away from diesel power, all while using Canadian innovation and know-how. This approach would accelerate an emergent Canadian industrial base and build on previous investment by federal and other governments.

Under this funding umbrella, Indigenous communities could raise additional capital for projects such as power transmission lines or planting forests for carbon sequestration, helping to achieve Canada’s climate commitments.

A key concern will be strengthening resiliency in the face of rising extreme climate events such as forest fires, droughts and floods, as Canada’s Indigenous peoples experience warming rates two to three times the world’s average, according to a federal department report.

The fund could also be used to backstop third-party initiatives that address infrastructure problems and needs that are identified, governed, managed and owned by the Indigenous communities affected.

Too many publicly funded programs addressing the Indigenous infrastructure deficit are unpredictable, fragmented, overlapping, of short duration and developed for Indigenous communities, but not by them nor rarely with them.

The fund would give de facto recognition of Indigenous self-governance and accountability for the investments that are made, while aligning with modern, state-of-the-art environmental, social and corporate governance (ESG) practices.

Harmonizing federal programs would help, but a broader, overarching, more transparent funding mechanism is needed to consolidate spending in areas outside departmental budgets such as housing, regional economic and natural resource development, and access to energy grids controlled by provincial utility monopolies.

Utilizing standard asset screening and management approaches such as those used by the Canada Infrastructure Bank and private investment houses will ensure more efficient program delivery on a regional scale, maximizing the return on investments made.

A second mandate would be long-term wealth generation in which First Nations, Métis and Inuit could participate. Investments would be made alongside conventional infrastructure projects, such as those in renewable energy that are located close to large markets. The scope and operating parameters of these type of projects are well defined, as are the projected financial returns. With these more predictable profits, funds could be used to bolster the endowment part of the fund or to help the 20 per cent of communities that are most disadvantaged.

Equality in our society means more than equal standing in law. It extends also to equal access to social and economic opportunities, with access to basic standards of living available to most Canadians. Although progress has been made in recent years, too many Indigenous Canadians have not had the essential means to pursue and realize broader dimensions of equality and opportunity.

Studies prove spending on building or retrofitting basic infrastructure is the fastest way to create jobs and long-term employment opportunities. The fund would trigger engagement of skills present in many Indigenous communities but that are idle for want of opportunity. With record-low interest rates, and the forthcoming deployment of unprecedented infrastructure investment and recovery plans, now is the time to act.

If we get this right, it could support economic reconciliation and equality, help address the climate crisis, stimulate pan-Canadian economic development and serve as a new model for the world.

Opinion
Not-for-profit boards also need diversity. If not now, then when?
August 30, 2020 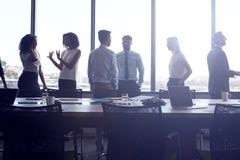 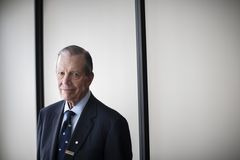 Opinion
Hiring a Black leader? Learn from my experience and treat it like it matters
August 3, 2020 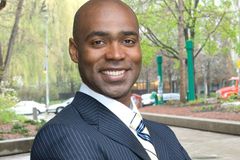