Toronto’s Barrick Gold Corp. always wanted to team up with Newmont Mining Corp. of Colorado. Merging the two giants, which have adjoining operations in gold-rich Nevada, would have created an unassailable industry leader and reduced costs by an estimated US$1-billion a year. On paper, it looked like a dream deal. But it never got off the ground, in good part because Barrick founder Peter Munk wanted the new company to stay in Toronto, not move to Denver.

Were he alive today, Mr. Munk – a Canadian patriot who believed in the value of head offices – would be distraught. In the fall, Barrick bought Randgold Resources but handed management control to Randgold’s executives, who promptly gutted Barrick’s Toronto headquarters, leaving the world’s top producer with a mere 65 employees in its echo-chamber offices on Bay Street. The deal was, in effect, a reverse takeover. The new Barrick will be run from the Channel Islands.

On Monday, it was Newmont’s turn to accelerate what appears to be the second wave of the great hollowing-out story, a decade after Inco, Falconbridge, Alcan, Dofasco, Stelco and dozens of other industrial powerhouses were eradicated from the Canadian map. It agreed to buy Vancouver’s Goldcorp for $10-billion, paying almost entirely in stock, plus 2 cents a share in cash. Together, Newmont and Goldcorp would displace Barrick-Randgold as the world’s top gold producer, and Canada will lose another big head office. Goldcorp was Canada’s second-biggest gold producer and third-largest by market value.

Read more: Canada’s Goldcorp to be swallowed by Newmont in $10-billion deal

Read more: Goldcorp’s stumble: How an industry leader blew it

To be sure, Goldcorp was vulnerable because its share price was so low. In the early part of this decade, the company was worth more than Barrick, even though its output was far less. A series of missteps under a series of uninspiring CEOs – falling production, rising costs, dubious acquisitions, overestimated reserves – clobbered the share price, sending it down from $54 in 2011 to just under $13 on Friday, the last day of trading before Newmont surfaced.

But why would Goldcorp sell when its price was so low? Indeed, Goldcorp seems to be a failure of Canadian capitalism. David Garofalo, Goldcorp’s CEO since early 2016, and his team should have been pushed into a dinghy in English Bay a long time ago. A clean-up crew could have been brought in to fix the place. But forget it. Management led shareholders to the slaughter – Goldcorp has lost more than a quarter of its value in the last year alone – and the solution was to flog it to a better-managed foreign company.

Where were the angry shareholder activists when we needed them? If Goldcorp was beyond hope, why would Newmont buy it? Where Canadian investors apparently saw a lost cause, American investors saw an opportunity.

Toronto still fancies itself the mining capital of the world, a bold claim given that it is now largely devoid of A-team and even B-team players. Barrick was the last miner in Canada that could be considered world class, and it’s fading from view as a Canadian company. All the big base-metal names are gone, bar Teck Resources. Goldcorp is going. Who’s next? Could it be the well-regarded Agnico Eagle Mines (market value $12.4-billion) or B2Gold ($3.7-billion)?

Aside from the loss of their Toronto stock-market listings, the endless elimination of head offices across Canada rots the country’s social fabric. Head offices provide high-paying, high-skilled job opportunities and create an ecosystem of spinoff jobs, from accountants and chefs to limo drivers and lawyers. Head offices bolster the financial-services industry, which underwrites bond and equity sales and sponsors the arts and charities. When head offices disappear, so does talent. If you want a top-level management job in mining, an industry that shaped Canada, forget Toronto. Today, the opportunities are in London, Johannesburg and Melbourne.

If you don’t believe head offices matter, take a look at what happened to Sarnia, Ont. In a column published in The Globe and Mail on Jan. 11, Matthew Bellamy of Carleton University recounts the sorry story of Polymer Corp., once Sarnia’s proudest creation. In the 1960s and 1970s, Polymer was a symbol of Canadian industrial might, making some of the finest blends of synthetic rubber in the world. At one point, there were more PhDs per capita working in Sarnia than anywhere else in Canada, and the feds honoured the city’s chemical industry by featuring it on the back of the $10 bill.

Alberta’s Nova Corp. fixed that. It bought Polymer (then renamed Polysar) in 1988 then flipped it to Germany’s Bayer, which would strip Polysar of its head-office functions. Today, Sarnia is an ailing city with a declining population. “The buzzing city core is no more,” Mr. Bellamy wrote.

In a largely open economy such as Canada’s (banks, big telecoms and media companies are still protected from foreign takeovers), it’s hard to stop head offices from disappearing. The cult of shareholder capitalism produces unsentimental results, such as the eradication of underperforming companies. But Canadian investors and managers have proven time after time that they’re happier to sell rather than build, happy to take a quick buck rather than take a long-term gamble on a double or triple. The cost of doing so is a hollowed-out corporate sector – a branch-plant economy. 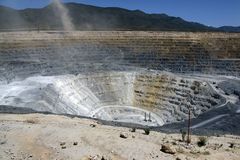 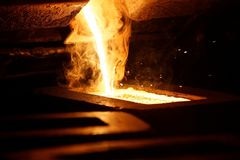 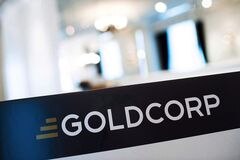