When Justin Trudeau promised during last fall’s election campaign that his Liberals would put Canada on course for net-zero greenhouse gas emissions by 2050, it may have seemed surprisingly bold.

Other countries had made similar commitments, but most were much lower emitters than Canada, without economies in which fossil fuel extraction plays anywhere near as large a role as here.

Since then, Mr. Trudeau has been joined not just by more politicians elsewhere, but also by executives from resource companies themselves, tripping over each other – amid mounting investor uncertainty around fossil fuels’ long-term viability – to vow carbon-neutrality by mid-century.

By last week, when the new head of British oil and gas giant BP became the latest to make a pledge of net-zero by 2050, the novelty had worn off. In its place is an emerging debate among sustainability advocates, reflected in some skeptical responses to BP’s announcement: Is this ambitious long-term goal to fight climate change actually a form of greenwashing?

It’s a question that is especially germane in Canada, since net-zero commitments may factor into the suddenly inescapable controversy about whether the federal government approves the massive Frontier oil sands mine proposed for northern Alberta.

As Mr. Trudeau’s cabinet deliberates, Frontier proponent Teck Resources Ltd. has recently pledged net-zero by 2050 across its diverse mining operations. Meanwhile, there is speculation that Ottawa could demand a similar promise from Alberta Premier Jason Kenney’s government in return for approval.

The answer, unsatisfying as it may be, is that it’s too early to know how seriously any net-zero vow should be taken.

At the moment, almost all of them deserve to be recognized both as very important and as highly suspect pending further details – albeit with some displaying more credibility and potential impact than others.

The target has not been plucked from thin air. Net-zero emissions by 2050 is what the United Nations’ Intergovernmental Panel on Climate Change has said is required to hold global warming to 1.5 Celsius above preindustrial levels and minimize catastrophic risks.

And for both governments and the private sector, there is merit in focusing on an ultimate goal so far in the future, even if they can’t yet know exactly how they will get there. If they only devote efforts to more readily attainable medium-term ones, mostly revolving around the Paris agreement’s 2030 targets, it might mean picking off only the lowest-hanging fruit, and not sufficiently investing in operational and technological shifts to continue a downward trajectory in the decades that follow.

But there is also no getting around that it’s relatively easy to make a promise that may only be judged a success or failure long after current chief executives or politicians are gone from positions of power. It’s easier still when most such commitments minimize sacrifice (such as expecting much lower revenues, or consumers to make do without products they now take for granted) in favour of faith in as-yet-unknown technologies coming along to meet environmental needs.

That, to some extent, applies even to what is currently the gold standard for oil and gas net-zero-by-2050 pledges. When Spanish company Repsol SA made the promise in December, it put real meat on the bones – including changing internal price assumptions that led to a significant write-down of assets, and committing to changing refining processes and increasing spending on renewables. It also set interim targets for reducing carbon intensity over the next two decades. And it announced that a large share of executives’ bonus compensation will be tied to hitting decarbonization goals, one of the best available indications of corporate accountability.

But even so, Repsol still back-loaded the majority of its promised emissions reductions to 2040-50 – tacit recognition that it still doesn’t know how it will get there.

And getting there is much harder when companies pledge to do more than just achieve net-zero across their operations. Repsol raised the ante by pledging neutrality on “Scope 3” emissions, which means it included those incurred through consumption of its products – a much bigger share of fossil fuels’ total emissions than those from extraction.

BP similarly included Scope 3 emissions in its pledge this week, but it provided even less clarity about the path. It has won some praise for early signals of what it will be attempting, including corporate restructuring to better integrate climate goals into its operations, and beefed-up investment in carbon capture. And it promised to shift its lobbying activities toward advocating for climate-friendly policies such as carbon pricing, which is intriguing given industry’s history of the opposite. But most details are still to come, and unlike Repsol, it has yet to set interim benchmarks by which it might be held accountable.

That might still leave BP further along in demonstrating 2050 seriousness than Canadian companies that have made net-zero commitments.

To date, those in this country have not included Scope 3, which perhaps points to more attainability of their goals, if less ambition. But they also haven’t gone past very broad terms in explaining what is supposed to continue pushing down emissions after this decade.

That includes Cenovus Energy, which stepped to the front of the Canadian pack with a promise of net-zero by 2050 (loosely contingent on everything from carbon capture to new extraction methods) in January.

And likewise Teck, whose announcement this month touched largely on power sources and transport vehicles used on its mining sites (spanning various sectors in Canada and Chile), and promised to “assess the potential” for carbon capture and other technologies.

Not that, as it weighs Teck’s oil sands proposal, Mr. Trudeau’s government is in a great position to judge a lack of specifics.

Based on what the Liberals have said so far, it’s possible they will follow the lead of Britain – which has led the way among Group of Seven countries in enshrining net-zero by 2050 in law, with strong interim reporting mechanisms. But for now, all that stands is a vague campaign vow.

There is no way to judge them on it, yet, just as they shouldn’t try to judge a mining company – or potentially an Alberta government doing its bidding – on similar lip service.

One day, these pledges may be looked back upon as crucial starting points. For now, they at best mean that governments and companies are setting important tests, not that they are already passing them.

Opinion
Renewable energy should be the cornerstone of Canada’s net zero strategy
February 17, 2020 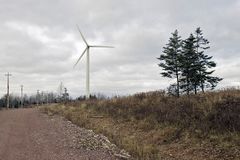 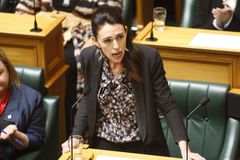