Artificial intelligence represents a clear and present danger to the livelihood and health of hundreds of millions of working people and their families.

Dr. Alan Bernstein, chief executive officer of the Canadian Institute for Advanced Research (CIFAR), says that artificial intelligence will challenge our cherished views of what it means to be human. It will certainly challenge our sense of economic security. The World Economic Forum forecasts that individuals in some 375 million jobs will be rotated out of those jobs. According to consulting giant McKinsey, 60 to 90 per cent of all jobs now in place will be affected by artificial intelligence.

Unless employers and governments prepare for this revolution by retraining workers, creating replacement jobs that demand distinctly human traits and forging new education and career models, social unrest and alienation will intensify in a world already fractured by income inequality.

artificial intelligence has the potential be a super-powered cause of dangerous, deep stress with the capacity to produce rumination that, in turn, predicts depression. Deep stress is at the root of severe frustration, fear, anger and uncertainty. These can threaten one’s sense of personal identity and self-awareness.

Self-awareness is not a bland psychological concept. It is, in fact, everything. It is our understanding of who we are and what we are here to do, it is the source of our congruence with the world around us.

Deep, chronic stress can move us toward self-destruction. Just as cancer is a malignant growth, depression – in the words of author Lewis Wolpen – is malignant darkness. It is also the trigger of 90 per cent of suicides, now the leading cause of violent death. Guns kill more Americans through suicide than homicide.

In late 2018, according to the Economist, suicides in the United States rose sharply by 18 per cent from 2000 to 2017 – though globally, suicide declined by nearly 29 per cent, saving nearly three million lives.

Across the world, 50 per cent of human beings are symptomatic of mental illness at some point in their lives – 20 per cent in any given year. And these humans are the faces of the troubled, turbulent times in which the effects of artificial intelligence will be felt.

On a more promising note, just as artificial intelligence may increase the burden of mental illness, technologies are being developed to help us better manage depression and anxiety disorders – and even to prevent suicide.

Artificial intelligence is being developed to diagnose and treat schizophrenia more effectively, model psychiatric illness to test new methods of treatment, improve the diagnosis of schizophrenia and improve understanding of autism.

The inevitable surfaces, though, when we consider time frames. The probability of artificial intelligence as a source of job loss and worse is imminent. Counter measures are usually long term.

Investments in human capital can produce retraining, skills redevelopment and guaranteed adjustment periods of not less than two years at full salary for those whose jobs are lost.

“Almost no occupation will be unaffected by technological change in the artificial intelligence era,” Brookings says, “and some of the most vulnerable jobs will be in office administration, production, transportation and food preparation.”

The artificial intelligence revolution is not just a technology event, it is a human event. Surely, it can be leveraged into a positive and transformative new-job and new-career experience for the people who otherwise are written off as short-term pain.

Royal Commissions have often cut a path through ambiguity, doubt and complexity to help shape Canada’s destiny in trade, culture and language and the law. As the artificial intelligence revolution descends, a look into the more distant future is also called for. Perhaps it should be through a Royal Commission on the prospects for human dignity, development and health in the 21st century.

Smart buildings in ever-growing urban centres are the way of the future
May 24, 2019 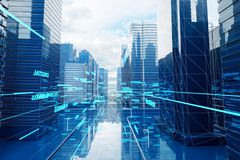 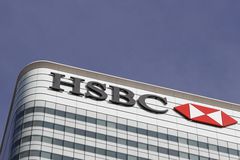 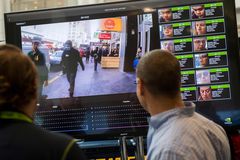