Finance Minister Chrystia Freeland put her stamp on the federal government’s pandemic recovery plans on Wednesday, breaking with her predecessor by promising significant investments in what the Liberals view as the industries of tomorrow.

If you’re a classic Liberal who believes government plays a meaningful role in shaping the economy, Ms. Freeland’s virtual speech to a business crowd at the Toronto Global Forum on Wednesday would have thrilled you to the core.

And if you’re a red Tory worried about how she can possibly pay for her promises, the Finance Minister from Peace River, Alta., did what she could to set your mind at ease.

However, the overall takeaway from Ms. Freeland’s remarks is we’re about to see government spending unmatched since the Second World War, with a goal of not only bouncing back better, but greener, smarter and more inclusive, by putting money behind a few favoured businesses and sectors. That’s a sea change in the government’s approach.

Under predecessor Bill Morneau, the federal Finance Department went out of its way to avoid picking economic winners and losers. The guiding principle was to get money, quickly, to everyone who needed it.

The government launched programs to support laid off workers and businesses that couldn’t pay rent. Unlike most industrial economies, Ottawa avoided doling out cash to specific sectors, such as airlines, restaurants or retailers, that were hard hit by the pandemic.

Ms. Freeland flipped the script. Her speech on Wednesday promised to keep propping up individuals and businesses – to ensure “our beloved local cafés” are still open when patrons can safely return – but also pledged government backing for big-ticket projects.

“To ensure that our recovery is as broad, robust and complete as possible, we will need to build our way out of it,” Ms. Freeland said. An economic update is coming soon and the Finance Minister promised to detail her plans in coming weeks, saying: “Targeted, carefully thought-out investment – on a meaningful scale – is how we will climb out of the coronavirus recession most quickly, and most effectively.”

The Liberals made it clear earlier this fall that they plan to pump money into green initiatives, announcing plans to invest up to $10-billion through the three-year-old Canada Infrastructure Bank. The cash is earmarked for projects such as electric buses, renewable power plants and building retrofits. Ms. Freeland is riffing on the same theme, tying to change the narrative on a government with a well-earned reputation for much talk but little action on building essential infrastructure.

Canada needs to dream big and spend big and can afford to do so, Ms. Freeland said. “I am from rural northern Alberta, which is not, culturally, a place much steeped in the ideas of helicopter money,” said Ms. Freeland, whose father grows canola. “And the question I hear from there, and in downtown Toronto, too, is this: Can we afford it? ... The simple answer is, yes we can.”

Like any finance minister, Ms. Freeland made her case with numbers. Canada will run a record deficit this year, in the $350-billion range. However, with interest rates low, the Finance Minister pointed out that government debt servicing costs amount to just 0.9 per cent of gross domestic product, compared with 6 per cent of GPD in 1995, a level that forced Jean Chrétien’s Liberals to embrace austerity.

On Ms. Freeland’s watch, it’s clear the federal Finance Department isn’t going to rely on approaches that reversed past downturns – leaving it to the Bank of Canada’s interest-rate cuts to stimulate spending – to cure the carnage caused by a global pandemic. Ms. Freeland said: “With interest rates approaching zero, monetary policy is running out of bullets. That puts the onus squarely on fiscal policy to grow our way out of this recession.”

Listening to this speech, you could almost hear the helicopter blades whirring and sacks of cash being loaded. “For countries that can afford to borrow and spend, now is not the time for half-measures,” Ms. Freeland said. "Finance ministers from around the world agreed that the risks of withdrawing support too soon outweigh the dangers of spending too much.” 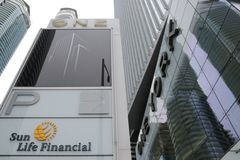 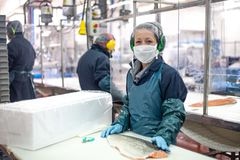