In the tech community, a common talking point is the brain drain of Canada’s most promising talent heading south. This has actually slowed in recent years as the United States has tightened up its borders, and Canada’s tech ecosystem has evolved from modest to burgeoning.

What we’re seeing now is an influx of city-educated talent moving to rural communities because they’re priced out of the housing market. More employees are willing to take on contract roles in order to live outside of major cities, with Statistics Canada estimating that 2.18 million Canadians engage in some sort of temporary work, such as freelancing or consulting.

As a result, companies located in major cities are limiting their access to top talent in what is already a fiercely competitive hiring market. This trend is being felt across all industries. In Vancouver, one of the world’s least-affordable housing markets, 71 per cent of local businesses feel that steep housing prices have deterred their ability to grow and scale as a business. By embracing remote work, companies will have access to the very best talent, no matter their location.

With a labour shortage projected to last for at least a decade, businesses risk losing out on top talent if they’re unable to adapt to the times. As millennials settle into the work force and the oldest Gen Z-ers enter it for the first time, they’re looking for workplaces that respect and share the value they place on work-life balance, environment and purpose. That said, remote work is more than just an employee perk. Companies stand to gain just as much as employees from embracing remote work.

With sky-high rent for commercial spaces, businesses are coming up with creative solutions to reduce these costs. Co-working spaces are becoming the new norm, with some even tailored to attract specific communities. As an example, our team at Lighthouse Labs runs DevHub, two co-working spaces for developers in Toronto and Vancouver.

Employing remote workers means less physical space required to run your business, a saving grace for startups that can’t afford to invest in a large space, but it also benefits larger companies that want to scale without adding a second location. There’s also opportunity to save on labour costs if you’re not paying salaries required to match unreasonable living conditions.

Beyond cost savings, there’s a lot to be said for letting your employees work where they’re most comfortable. Leaving the people who make up your company to work in their preferred environments will lead to a happier team and higher job satisfaction. Studies show that remote workers who spend at least half of their time away from the office have the highest engagement. It will also increase employee retention in a job market where nearly half of millennial workers envision leaving their workplace within two years.

In a 2019 report of remote workers, 99 per cent percent of those surveyed said they would like to work remotely, at least part of the time, for the rest of their lives.

It’s not surprising that tech companies are the leaders in remote work policies. Take Salesforce, for example, whose public stand on untethering their employees from the confines of an office has made them a top-rated employer on Glassdoor.

Or Victoria-based interface design firm Metalab, where roughly one-third of the company, including the CEO, works remotely, although the option is extended to all employees. These policies aren’t just available to senior staff, either. At Lighthouse Labs, we’ve seen a higher number of junior developers being placed in positions throughout the last year where they have the option to work remotely at least part-time.

As an organization that puts talent out into the work force, we’re witness to the constant evolution of jobs, both in and outside the tech realm. While it’s a common concern that people’s jobs will be replaced by automation, the reality is that very few occupations will be eliminated by new tech. More commonly, positions will shift to rely more heavily on technology use. That means that it’s important for industries to start to embrace new technology now, and for employees to become comfortable in using it.

How to thrive in an era of digital disruption
April 26, 2019 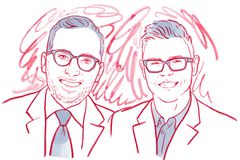 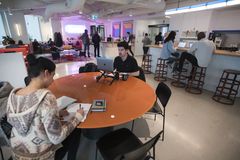 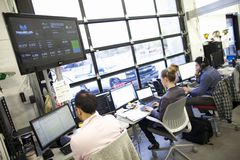