As Hong Kong enters its fifth consecutive month of protests, residents and businesses are beginning to look at safer havens overseas amid growing uncertainty over the future of this global business hub.

It must be a sense of déjà vu for members of the older generation. In the run-up to the 1997 handover of Hong Kong to China, many residents sought foreign passports and residences abroad in case the promised “one country, two systems” framework fell apart. It is for this reason that Hong Kong has the second-largest concentration of Canadian diaspora anywhere in the world – about 300,000. Many had come back to continue making money, but normal life here is anything but.

With no end in sight to the violence – which has reduced growth to around zero, decimated the tourism and retail sectors and produced widespread damage to public infrastructure – emerging evidence suggests people are once again voting with their feet and seeking a safe haven overseas.

Some argue that Hong Kong is irreplaceable as an Asia-Pacific financial hub and as China’s “window to global capital.” But even hardened and long-time expats – especially those with families – told me they are considering quitting the territory.

(Another factor lurking in the background is China’s increasingly aggressive position toward foreign firms that are perceived to be supportive of the Hong Kong protest movement. And as Starbucks discovered, being seen as unsympathetic to the movement can land you in the crosshairs of protesters.)

Among the safe havens receiving the most attention are Singapore, Ireland, Portugal, Taiwan and Canada – with Hong Kong’s traditional rival Singapore appearing top of the list. In fact, as of August, the city state received four billion to five billion Hong Kong dollars in capital flows from Hong Kong, according to Goldman Sachs. That represents a big win for the city state and should encourage it to respond with incentives.

Said Mitul Kotecha of TD Securities at a recent panel organized by the Canadian Chamber of Commerce in Singapore: “Anecdotally I am hearing more and more evidence that Singapore is benefiting … . Singapore has managed to get a great niche in terms of its economic position. It’s a foothold for a lot of South Asia and Southeast Asia. It has a rule of law that can be argued is one of the best in the region. The political system is one thing – but the economic system works well. It is trade-driven.”

During my recent visit to Singapore, executives in the real estate and international school sectors told me that inquiries from Hong Kong were way up from the precrisis period earlier in the year.

Singapore and Hong Kong have long been in competition for capital and status. For many years, the two competed for the title of the world’s busiest container port – but that has now been taken over by Shanghai, an indication of that city’s ascendancy. However, with Hong Kong’s proximity to China and its status as a springboard into the mainland, many foreign companies regard it as incomparable.

For Singapore to attract Hong Kong’s best and brightest – as well as a healthy share of its regional headquarters – it will need to undertake a number of measures. Top of mind for me is developing or attracting a human-resource base that is innovative and shows less aversion to risk. In my several interviews with the founder of modern Singapore, the late Lee Kuan Yew, he would often bemoan the fact that his citizens are not risk takers and that this would make it difficult for Singapore to replicate Silicon Valley.

And if the city wants to attract more media and information companies – especially those with huge Asia-Pacific operations – it may need to loosen up its information regulations.

The cost of living could also position Singapore as a less attractive haven compared with, say, Portugal. Singapore is tied with Hong Kong in cost of living ranking – but ranks lower than Hong Kong, New York and Tokyo in housing unaffordability.

While the potential impact on Canada is hard to pin down, it should stand to reason that the extensive human ties with Hong Kong and its large Chinese community position Canada as a natural haven for many people. “Personally, I have noticed a few new inquiries from people in Hong Kong with regard to immigration to Canada. I don’t think I had a single request from Hong Kong in the past 15 years,” Toronto immigration lawyer Chantal Desloges told me.

Those of us who have lived and worked in Hong Kong and developed a deep affection for the city state hope that it can bounce back and continue to function as the irreplaceable business hub in Asia-Pacific. But, increasingly, the point of no return appears to have been crossed. 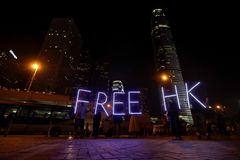 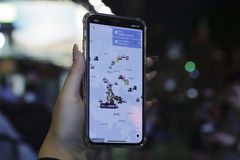 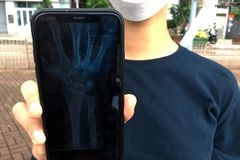