John Norman, mayor of Bonavista, N.L., has long seen population growth as critical to sustaining his community and its economy.

He’s focused a big chunk of his adult life on attracting residents and entrepreneurs to his quiet seaside town. And he’s been pretty good at it.

But COVID-19 might be an even better recruiter than Mr. Norman is.

His trendy, historical village, which had already become a draw in the past few years for people looking to leave big cities for a new lifestyle, is seeing a whole new level of interest during the pandemic. The town of about 3,500, whose streets not so many years ago were lined with vacant houses, now has such a severe housing shortage that it has called in Habitat for Humanity to help.

“We have more people trying to move in than we can deal with,” Mr. Norman said by telephone this week. “The pandemic has really exacerbated it.”

Bonavista is caught up in a pandemic-fuelled population boom that has taken hold in Atlantic Canada – largely driven by new arrivals from other parts of the country. Statistics Canada’s second-quarter figures for 2021 show that the region had its biggest quarterly population increase on record, going back to 1951. Net interprovincial migration to the Atlantic provinces (i.e. the number of people moving in from the rest of the country, minus the number moving away) was the highest in the 60 years that the agency has tracked such data.

The rise of working from home, along with soaring home prices in many of Canada’s major urban centres, have made the East Coast a particularly attractive alternative – especially for younger adults and families. In a report this week, Royal Bank of Canada economist Carrie Freestone noted that 61 per cent of those second-quarter in-migrants were the age of 44 and under.

“With housing affordability worsening in major urban markets in central Canada, this may mark the beginning of a trend: young talent moving east for an improved quality of life,” Ms. Freestone said.

It’s not hard to see the allure from a housing-affordability perspective. The average price for a detached single-family home in the city of Toronto last month was more than $1.5-million. Bonavista has detached, single-family “fixer-uppers,” as Mr. Norman describes them, listed for less than $100,000. A half a million will buy a veritable palace.

“They can sell [in Toronto] now … move to another place, and have a million dollars in your pocket,” Mr. Norman said.

If this does, in fact, take hold as a longer-term trend, it will be an important reversal for a region that spent much of the past quarter-century in a demographic drift, marked by stagnant population growth and outward migration of its younger workers. This demographic slide – with its accompanying aging populations and shrinking labour supply – is the most serious economic threat facing Atlantic Canada. It jeopardizes provincial governments’ future capacity to sustain revenue growth, and to meet rising costs for health care and other public services.

But if a turning tide in interprovincial migration can add to the immigration that was already on the rise before the pandemic, the region has reason for hope that its population could find a healthier path.

“It remains to be seen whether the surge of newcomers will endure,” Ms. Freestone said. “A permanent influx of migrants would revitalize Atlantic Canada’s economy and potentially help address labour shortages.”

Bonavista is better equipped than most rural communities to welcome big-city newcomers. It has schools and a hospital, a live theatre, restaurants and cafés, a decent-sized grocery store. Years ago, the town set up operations to help line up newcomers with restored historical homes and with commercial space for new businesses. Yet the community is having a hard time handling the unusual recent surge of people wanting to start a new life there.

Bonavista Living – the operation that restores and markets historical homes – has a waiting list out to 2024 for buyers. If a newcomer wants to open a business, “It’s about a two-year wait list to get a store front in Bonavista now,” Mr. Norman said.

He worries that this flood of enthusiasm for Atlantic Canada may end in disappointment for many other communities that can’t deliver the businesses and services to keep their new, recently urban residents happy. And he wonders if this migration might at least partly reverse in a couple of years, as newcomers find that rural life doesn’t live up to their idyllic, escape-to-the-country fantasies.

“It makes me a little bit nervous that people might be jumping without doing thorough research.” 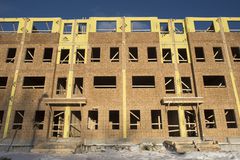 Plenty of East Coast delights beckon travellers as Newfoundland welcomes tourists back to its shores
August 16, 2021 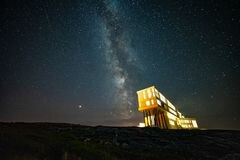 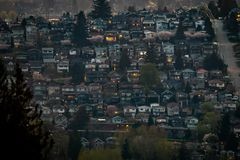