The last time Canada slipped into a recession, we leaned heavily on the Bank of Canada to lift us out of it. The next time, we shouldn’t count on the central bank to carry the load. Current circumstances and the lessons of history suggest that government spending will have to lead the way.

Who says so? The Bank of Canada.

Last week, in their first public comments since the Oct. 21 federal election, Bank of Canada Governor Stephen Poloz and his top deputy, Carolyn Wilkins, took a rare foray into the thorny issue of fiscal policy. Our central bankers generally steer clear of anything that hints at telling the government how it should spend its money. But with a new government taking the reins at a time when the Canadian economy is slowing, foreign central banks are cutting and the risks of a global downturn are elevated, Mr. Poloz and Ms. Wilkins seized on the opportunity to send a message.

They implied – about as strongly as we can ever expect them to – that they’d like the government to keep its foot on the spending pedal, to take some pressure off the central bank to cut interest rates to the bone like it did in the 2008-09 recession.

Because, frankly, the central bank doesn’t have much room to manoeuvre – and some pretty unpalatable potential consequences if it tried. As much as it might chagrin fiscal conservatives, the federal government is in a much better position to spend our way through the next downturn and recovery, than the Bank of Canada is to cut our way there.

“Based on our [Group of 20] meetings in Washington [in mid-October], that’s almost a global statement – there’s a growing concern that monetary policy has done most of what it’s able to do,” Mr. Poloz said in a press conference last week.

Consider that in the 2008-09 recession, the Bank of Canada cut its key rate by more than 400 basis points in a little over a year. With its rate currently at 1.75 per cent, anyone capable of doing simple arithmetic can see that the bank doesn’t have anywhere near the same ammunition available to it.

What’s more, at 1.75 per cent, the Bank of Canada’s key rate is already below its so-called “neutral” level – which means it is already doing its part to stimulate economic growth. (The bank estimates that the current neutral level for its interest rate – where it neither stimulates growth nor constrains it – is in the range of 2.25 per cent to 3.25 per cent.)

Indeed, the Bank of Canada has been providing stimulus to the economy for more than a decade now, even since the financial crisis and recession hit in 2008. It did so even as Stephen Harper’s Conservative government unwound its own crisis-period stimulus package and spent several years reducing its budget deficits – effectively working against the central bank’s loose monetary policy. The bank maintained rates lower for longer to compensate.

The result was that much of the road to recovery got paved not with government debt, but with consumer debt. Ultralow interest rates encouraged consumer borrowing and put Canadian household debts at record highs – leaving consumers overexposed in the event of a downturn. The Bank of Canada has long considered this one of the biggest potential risks to Canada’s economy.

“When you stimulate the economy from the monetary policy side, what you’re doing is you’re stimulating credit growth, and often household credit growth. Whereas when you’re using government expenditures, it’s on the government side,” Ms. Wilkins said. “There’s a choice to be made about which pile of debt you want to increase. And that’s dependent on where you are in the economy.”

Where we are is with a relatively healthy government balance sheet – with a debt-to-GDP ratio considered modest and stable – but with household balance sheets that look decidedly green around the gills. Further rate cuts, from already very attractive borrowing levels, would likely have only limited effects on the economy – but would risk exacerbating the already worrisome consumer debt.

On the other hand, the loosening of the government purse strings under the Liberal government of the past four years allowed the Bank of Canada to stabilize interest rates and even lift them off their floor – even as the economy continued to expand to near full capacity.

“That support … saved us around a hundred basis points of further monetary easing,” Mr. Poloz said in a television interview with BNN Bloomberg last week. “That’s pretty significant, because you would’ve been doing that in the middle of a hot housing market, bidding wars and all those kinds of things."

Mr. Poloz figures that in terms of stimulative powers, every additional $5-billion of additional federal spending is equivalent to a 25-basis-point (one-quarter percentage point) interest-rate cut. If the Liberals follow through on their campaign platform, which calls for deficits of about $4-billion more than previously planned next year and $8-billion more the year after, the new government will help the central bank stave off at least some rate cuts that it has little room to make, and clearly would rather avoid.

Balanced-budget purists won’t like it. But it’s a pretty small price to pay for the better path to economic stability.

CMHC says mortgage borrowing down in first half of 2019
Subscriber content
November 6, 2019 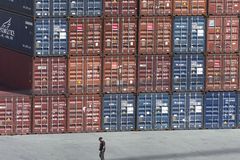 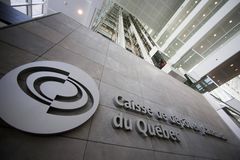