As the Bank of Canada fretted over bloated household debts for the better part of the past decade, its biggest fear was that stretched-to-the-limit mortgage holders would collapse under the weight of the next major economic shock.

Well, that shock is emphatically here, but its impact on at-risk homeowners has effectively been kicked down the road by an agreement among the banks to defer mortgage payments for those in need for up to six months. Whether the debt damn breaks, giving way to a wave of economically devastating defaults, now looks to be a race against time: Can the job market sufficiently recover before the clock on the deferrals runs out?

That’s the conclusion of a paper published last week by researchers at the Bank of Canada.

The paper, entitled Household indebtedness risks in the wake of COVID-19, looks at the role the supports provided to households hurt by the pandemic might play in limiting the risk of insolvencies. It focuses in particular on the threat of mortgage defaults, which can have nasty spillover effects – on the banking system, on real estate values, on credit flows. A spike in mortgage defaults would quite possibly be the most serious threat to a stable economic recovery.

The researchers looked at a past event in recent Canadian economic history that shares some similarities with the COVID-19 shutdowns – the Fort McMurray wildfires. In both cases, there was a sudden, widespread, forced shutdown of an economy and, in both cases, people who lost their incomes and closed their businesses received direct income supports, mortgage-payment deferrals and tax relief.

That example, together with some economic modelling around the impacts of the COVID-19 crisis, led them to conclude that the mortgage-payment deferrals are particularly effective in quelling a dangerous spike in mortgage arrears (mortgages 90 days or more behind in payments) – provided that they last long enough to tide households over until the job market can recover.

“The effectiveness of the deferrals in limiting the rise in arrears depends crucially on the speed of the recovery in the labour market.”

The paper is what the central bank calls a staff analytical note – such pieces don’t form part of the Bank of Canada’s formal position, but are really more like food for thought from the research staff on topical issues.

Nevertheless, it’s evident from the bank’s Financial System Review (FSR), released in mid-May, that it does see mortgage deferrals as a key element in sustaining the country’s financial stability through the COVID-19 lockdown and gradual reopening.

The FSR noted that banks had granted mortgage-payment delays to more than 700,000 households; based on Canadian Bankers Association data, that’s roughly 15 per cent of the residential mortgages in the country that have received relief. This is doing a good job of containing debt costs during the crisis, easing the risk that strained households would tip over into insolvency.

But the Bank of Canada cautioned that when the six-month deferral period ends, the debt could hit the fan for Canadians whose jobs haven’t come back and/or whose incomes remain reduced.

“The proportion of households with debt-service payments of more than 40 per cent of their income, an indicator of household vulnerability, is likely to rise,” the bank said.

“The longer the income shock lasts, the greater the risk of a rise in consumer insolvencies."

When the big banks agreed to offer deferrals in mid-March, six months sounded like a long time; at that point, many people were envisioning the lockdowns lasting a few weeks, maybe a month or two at most. But now, we’re halfway through that deferral period, and while the return to work has begun in most parts of the country and in most industries, we are still a long, long way from normal. Some sectors, frankly, look unlikely to come back to anything close to what they were pre-COVID-19 until we have a vaccine.

“The state of the labour market at the end of the six-month deferral period will ultimately determine mortgage arrears,” the analytical note said.

That doesn’t mean a near-full recovery in jobs is necessary by the fall in order to avert a wave of defaults. As the Bank of Canada’s Financial System Review noted, mortgages tend to be the last thing on which households fall behind, most people would sooner let a few credit-card payments slip than skip a house payment.

But unless the job recovery over the next few months or so is stronger than many people fear, or we extend the supports for mortgage holders who have lost their jobs, we may be headed for a problem. Troubled mortgage debt could be a big obstacle in the path of an economic recovery. 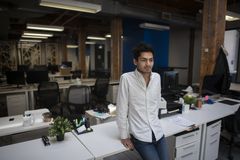 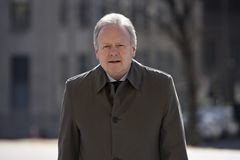 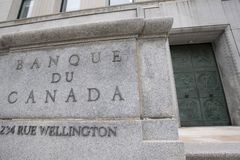