With all the talk about inflation and housing bubbles and government debt and what central bankers are (or, rather, aren’t) doing about it, you might have missed what’s been happening with the Bank of Canada’s bloated balance sheet.

It’s not so bloated any more.

The central bank’s total assets (holdings of a variety of financial instruments, mostly government bonds), have declined by nearly $100-billion since mid-March, to $478-billion. After a year of aggressive buying to stabilize financial markets, keep credit flowing and stimulate the economy in the face of the COVID-19 crisis, the bank has turned the corner in a big way.

For critics worried about the impact of the bank’s balance-sheet expansion on inflation, its role in enabling government debt, its influence on borrowing costs and housing prices, and its increasingly huge footprint in the bond market, this turnaround should be good news indeed. While other major central banks – in the United States, in Europe, in China and Japan – have continued to expand their balance sheets, the Bank of Canada has already made substantial strides in the other direction.

Opinion: Bank of Canada keeps ignoring the raging Canadian dollar - which might be the best strategy

Of course, the bank still has a long way to go; the balance sheet is still roughly quadruple its prepandemic size. And what has been shed so far was really the easy stuff. The bank gradually shut down a variety of buying programs and let others die when their preset terms ran out, and then just sort of sat back and watched as many billions of assets – short-term debt instruments with maturities of a year or less – simply expired.

What comes next is the hard part: figuring out how much and how quickly to reverse the bank’s quantitative easing (QE) program, the large-scale purchases of federal government bonds that represent the meat of the balance sheet – and the most important, sensitive and untested part of the bank’s pandemic policy strategy. The next $100-billion may take a lot longer than the last $100-billion.

The bank has already twice trimmed $1-billion a week from the QE program in the past eight months, but it’s still purchasing $3-billion a week of government debt on the open market. With most of the short-term debt purchases having already left the books since mid-March, those continuing bond purchases are enough to stall the decline of the balance sheet, and maybe even reinflate it a touch over the remainder of this year. Federal government bonds make up more than 80 per cent of the bank’s total assets; any additional contraction of the balance sheet will depend on unwinding the QE program – and that’s something the bank wants to do very carefully.

As it stands, the bank owns about 45 per cent of all Government of Canada bonds outstanding. There’s a pretty strong sense that the central bank would rather not surpass 50 per cent; Bank of Canada Governor Tiff Macklem has suggested that might be the threshold beyond which the bank runs the danger of impairing the market. On the other hand, a sharp reversal of the bank’s position would itself send tremors through the market, something that would be a most unwelcome complication to the economic recovery.

One certainty is the central bank will further slow its purchases this year, quite likely beginning at its mid-July monetary policy decision. We can reasonably expect the bank to whittle the program down to $2-billion a week, followed by another cut, to $1-billion, before the end of the year.

That could be as far as the central bank is willing to go for a while.

Ian Pollick, global head of fixed income, currency and commodities strategy at Canadian Imperial Bank of Commerce, says at $1-billion a week the purchases would roughly match the rate at which the Bank of Canada’s existing bonds under the QE program will reach maturity over the next few years, which would put the program in a “net-neutral position” – its holdings neither growing nor shrinking.

This is what Bank of Canada deputy governor Toni Gravelle talked about in a speech earlier this year, what he termed the “reinvestment phase” of QE – in which the bank would reinvest the cash from expiring holdings, keeping its position steady. He made it clear the central bank wants to enter this neutral phase of QE before it starts considering interest-rate increases, the first of which could come around the middle of next year.

If the Bank of Canada is determined to keep its bond holdings in something close to neutral while it reinflates interest rates, further substantial shrinkage of the balance sheet will be slow going. Mr. Pollick estimates the central bank’s total assets will be about $415-billion by the end of 2022, and about $380-billion by the end of 2023. National Bank of Canada economist Taylor Schleich is more pessimistic; he predicts the balance sheet “could well still be north of $450-billion” at the end of 2023.

Mr. Schleich’s biggest concern is what this lingering expanded balance sheet implies for the capacity for monetary policy to respond to the next economic shock.

“After what has been a pretty aggressive 15 months of bond-buying, there’s less QE ‘ammunition’ for a future recession/crisis,” he said by e-mail last week.

“As it stands, they already own a significant proportion of the GoC bond market ... so it begs the question, just how much more could they really buy?” 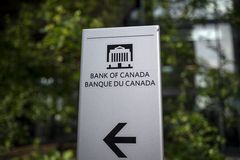 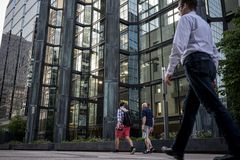 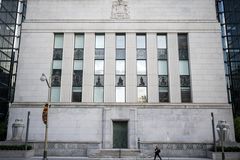