The Chinese government’s newly launched anti-trust probe into Alibaba is probably warranted. The e-commerce giant undoubtedly has a dominant market share and engages in monopolistic practices, such as forcing merchants to make the company their exclusive online distributor or be delisted from its platforms. But other Chinese e-commerce companies have the same rule, and there are worse monopolists in China than Alibaba. So, why is Alibaba being targeted?

One of Alibaba Group Holding Ltd.’s apparent offenses is the expansion of financial services offered by its affiliate, financial-technology giant Ant Group, which owns Alipay. Beyond being the world’s most popular payment app, with 730 million monthly users, Alipay allows consumers to invest, purchase insurance and secure loans on its platform.

Last October, Ant Group was poised to launch a record-setting US$34-billion initial public offering. But the Chinese authorities abruptly halted it, in what was portrayed as a prudent attempt to limit the company’s exorbitant market power. The decision to block the IPO reportedly came directly from President Xi Jinping.

Now it appears that Mr. Xi’s government wants Ant Group to abandon financial services altogether and to confine itself to payment processing. Chinese regulators have provided a litany of justifications for this decision. But the real reason didn’t make the list. Payment processing is a low-margin business; no state-owned bank bothers with it. Financial services, by contrast, are highly lucrative – and the territory of state-owned incumbents.

If the Communist Party of China (CPC) were genuinely committed to breaking up monopolies and oligopolies that are stifling market competition, it would put those incumbents in its sights. After all, state-owned enterprises such as China Mobile, China National Petroleum Corporation, the State Grid Corporation of China and the Industrial and Commercial Bank of China (the world’s largest bank by assets) dominate China’s economic landscape to a far greater extent than Alibaba does.

Yet, far from launching anti-monopoly investigations into state-owned enterprises (SOEs), China’s government has recently been pursuing SOE “megamergers,” thereby boosting their market power even further. The reason is simple: when SOEs succeed, the CPC benefits, both economically and politically. As Mr. Xi made clear last April, the SOEs are “important material and political foundations” for so-called socialism with Chinese characteristics, and he plans to make them “strong, better and bigger.”

Allowing private firms to erode SOEs’ market share would undermine this objective, not only by naturally weakening the regime’s control over critical economic sectors, but also by opening the way for successful private companies to challenge the CPC. And Alibaba – co-founded by Jack Ma, one of China’s wealthiest people – is one of the most successful (and innovative) of all. In Mr. Xi’s eyes, it thus represents a threat to the CPC’s political monopoly and the regime that represents it.

To be sure, China’s tycoons have made extraordinary efforts to curry favour with or demonstrate their loyalty to the Xi regime. Mr. Ma, for one, is a member of the CPC. In 2013, he called the 1989 massacre of peaceful demonstrators in Tiananmen Square the “correct decision.” But, as the anti-trust investigation into Alibaba shows, China’s private-sector elites will never be genuine regime insiders. For the CPC, they are merely temporary custodians of wealth that rightfully belongs to the Party.

Mr. Ma’s critics might regard the unfolding investigation as comeuppance for his past statements or business practices. But Chinese regulators are unlikely to stop at Alibaba; China’s entire private sector has a target on its back. This has serious implications for China’s future economic prosperity – and for the CPC itself.

For all their flaws, private firms are the most dynamic players in the Chinese economy. If the CPC cracks down on them, while leaving SOEs alone, private-sector confidence will dwindle, and the economy will become less productive, innovative and efficient. GDP growth will falter. And the legitimacy of the one-party regime – which has long rested on the promise of prosperity – will deteriorate.

Mr. Xi and his colleagues are probably right that, by strengthening the regime’s grip on the economy, reining in the private sector will bolster the CPC’s political security in the short term. But, in the longer term, the biggest casualty of China’s “anti-trust” crackdown may well be the one monopoly it is meant to protect: the CPC’s lock on political power.

Minxin Pei is Professor of Government at Claremont McKenna College and a non-resident senior fellow at the German Marshall Fund of the United States. 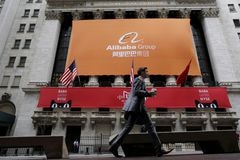 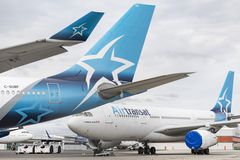 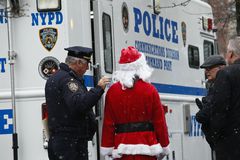 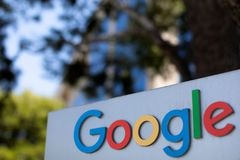