Scott Stern is the David Sarnoff Professor of Management of Technology at MIT, and co-founder of the MIT Regional Entrepreneurship Accelerator Program (MIT REAP). Richard Florizone is the President of Dalhousie University, which is a partner in Canada’s Ocean Supercluster, and chair of the Nova Scotia MIT REAP team.

Can Canada’s disparate regions be harnessed to be more than the sum of their parts? This is the defining question for Canada’s economy and the vision behind the federal government’s recently launched superclusters initiative.

Rather than a “superboondoggle,” Canada’s Innovation Superclusters Initiative lays the foundations for nurturing and extending the global leadership of this country’s regional economic strengths.

While the concept of clusters has been around for a while, too many regional development initiatives simply try – and very often fail – to be “the next Silicon Valley.” Rather than having all regions chasing after the same “next big thing,” research shows that clusters prosper by building on existing advantages.

Some of the most successful cases of cluster development, such as the Australian wine industry, have applied technology and innovation to a natural-resource advantage to strengthen their global competitiveness. Despite barely squeaking into the league tables two decades ago, Australia now ranks as the fourth-leading wine importer to Canada, outpacing even France based on volume.

In addition to boosting exports, strong clusters have been shown to lead to higher job growth, wages, innovation rates, entrepreneurship and even resilience against economic downturns.

Pittsburgh, once confined by many to the economic dustbin of history, transformed itself over the past two decades, not by imitating Silicon Valley, but by extending its historical leadership in advanced manufacturing and robotics. Similarly, Minneapolis invested in a co-ordinated strategy to enhance linkages between its medical-devices industry and universities, hospitals and other local institutions to drive sustained economic performance. The city’s unemployment rate hit 3 per cent in December, 2017, among the lowest in the United States.

Regions in Europe that have embraced cluster development have also seen benefits. For example, the Basque region in Spain – a leader in such initiatives – has exhibited a greater level of resiliency and prosperity during the broader extended downturn in the country.

The Canadian Supercluster Initiative has the potential to transform this country by taking advantage of our varied strengths in at least three interconnected ways:

Extending regional strengths. A striking feature of Canada is the combination of the breadth of industries in which we compete on a global basis and their relative regional focus. The best clusters are those that draw multiple closely related industries and institutions together to reinforce each other, something Canada’s supercluster strategy explicitly targets. Rather than a politically-tinged weakness, advancing agricultural innovation on the Prairies and ocean industries in Atlantic Canada allows us to leverage regional strengths and extend our areas of global leadership simultaneously.

Inclusive and effective governance. Cluster organizations must be inclusive enough to engage businesses, investors, academics and policy makers, and yet lean and focused enough to make complex strategic decisions with clear accountability back to investors. It’s a tricky balancing act. A common pitfall is clusters being pulled in different directions by multiple funders. As we consider how to establish the Atlantic Canada ocean cluster, we are drawing on lessons from similar initiatives in Norway and elsewhere that have moved beyond a simple “industry council” to include entrepreneurs, small businesses, universities and other key regional institutions. We should aim high so this initiative becomes the global standard for both economic impact and public accountability.

Transformative projects. While many have rightly worried about the $950-million price tag for Canada’s initiative, a key challenge is also ensuring that an investment of less than 0.1 per cent of GDP can live up to its transformative expectations. Rather than propping up a single firm or industry, superclusters must focus on projects that combine related industries and institutions in new ways that can unleash a torrent of innovation in new products, markets and industries. Canada, for instance, has made a multidecade commitment to advancing research in artificial intelligence. This supercluster initiative presents an opportunity to mobilize this scientific leadership to build and expand the multiple industries and sectors that will use this technology in the future.

Canada’s supercluster initiative is grounded in rigorous research about the drivers of economic development, but it is the responsibility of each supercluster to take advantage of this opportunity to design and focus their efforts in ways that will transform the foundations of their regional economies.

It will be by building on our regional strengths – informed by the best clusters around the world – that we can become a stronger and more prosperous Canada. 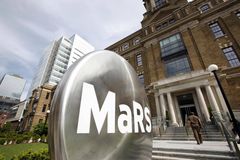 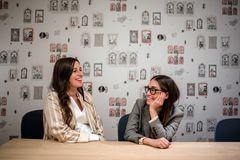