BHP Group Ltd. chief executive officer Mike Henry talks about focusing on “forward-facing commodities” and sees potash, the fertilizer, as a prime example. Oil? Not so much.

The Australian mining and petroleum conglomerate signalled this week that it is focused on navigating the global energy transition by plowing ahead with its $7.5-billion Jansen potash mining project in Saskatchewan. Meanwhile, it is spinning off its roughly US$15-billion worth of oil and gas assets and merging them with Woodside Petroleum Ltd.

The restructuring speaks volumes about how Mr. Henry sees the economy decarbonizing to deal with climate change in the coming decades. Perhaps more importantly, it also shows how the Canadian-born CEO sees investors reacting to those risks.

This is a drastic course correction for BHP, which also mines iron ore, nickel, copper and metallurgical coal. Some of its oil and gas assets, notably those in the U.S. Gulf of Mexico, have long been coveted in the industry as cash-generating plums. Given that, and strengthening oil and gas prices, some analysts were surprised the company has decided to jettison the unit altogether.

But BHP’s moves could be seen as a pre-emptive strike. Investors and regulators around the world are demanding solid corporate plans to deal with physical and transition risks related to climate. Entire sectors that have failed to face these have watched as major investors attuned to environmental, social and governance (ESG) issues moved on. Recently, environmental concerns have rocked oil’s biggest names.

Exxon Mobil Corp. became the target of an activist investor, which complained about insufficient action for dealing with climate-related risks. The investor, Engine No. 1, managed to get three of its nominees appointed to the board of directors.

A Dutch court ordered Royal Dutch Shell PLC to cut emissions by more than double its own target, saying its plans are not concrete enough. The case was brought by Friends of the Earth Netherlands along with 17,000 co-plaintiffs and six other organizations. Shell has said it plans to appeal the ruling.

Mr. Henry says folding in BHP’s oil assets with those of Woodside will create a top-10 independent producer, and offer investors a choice whether to keep their money in the industry.

Rising carbon pricing could also be playing into BHP’s calculus, analysts at RBC Capital Markets wrote this week. “Petroleum is a notably ESG negative exposure within a rapidly greening and, in parts, decarbonization-enabling mining industry,” they said.

The company will use capital from the asset sale to pay shareholders, and reinvest in its other businesses to take advantage of economic “mega-trends,” Mr. Henry says. Fertilizer production is one of them. Certainly, long-term worries about food insecurity suggest increasing potash demand is a safe bet.

BHP has already spent more than $5-billion in predevelopment work on the long-delayed Jansen project. The company forecasts potash will fetch between US$292 and US$341 a tonne in the mine’s first decade of operation starting in 2027. Prices have recently surged above US$570 a tonne, partly because of sanctions against another major producer, Belarus.

Jansen is a big deal for the province, offering 3,500 construction and 600 permanent jobs. Mr. Henry says the project, located 140 kilometres east of Saskatoon, could produce the material for 100 years.

To be sure, the corporate restructuring does not exorcise BHP of all its carbon demons. First, those oil fields won’t be shut off. Also, its mines supply steel mills with coal for blast furnaces, which are major emitters of CO2. In fact, Canadian mills run by Algoma Steel and ArcelorMittal Dofasco have both announced multimillion-dollar projects to switch to electric arc furnaces, which don’t use coking coal. Ottawa is providing significant taxpayer funding for the changeovers.

But Mr. Henry told Bloomberg that the new economy will require mountains of steel for all the infrastructure that will be required to switch over to greener energy. Steel makers can decarbonize their operations as the technology improves, but for the time being many will concentrate on making their coal-fired operations more efficient, he said.

As for BHP’s other commodities, such as copper and nickel, they will be in constant demand as electricity demand surges in the coming decades in place of fossil fuels, he said.

The company’s move won’t convince all large producers of fossil fuels to seek exits from the industry – most don’t have such a wide array of commodities to substitute and prioritize. But BHP is creating more expectation among investors that the companies they are funding will take bold action to shield them against climate risks. 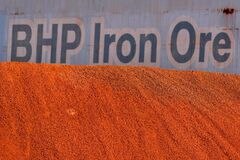 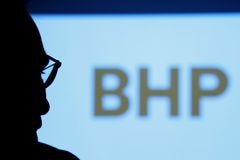