Bill C-48, the proposed Oil Tanker Moratorium Act now in the hands of the Senate Transport Committee, favours one region – the northwestern B.C. coast – over all the rest of Canada’s extensive coastlines. How un-Canadian.

Bill C-48 would prevent Canadian oil from getting to Asian markets, and directly hurt the Alberta, Saskatchewan and coastal B.C. economies – including several Indigenous groups that are dead-set against this bill. Couching this as protecting the coastal environment is ultraselective, hypocritical and, put simply: unfair to some Canadians over others.

Development on all of Canada’s coastlines supports much-needed jobs, and in some cases has meant the difference between poverty and prosperity. At the same time, all coastlines deserve protection, which is why we must do all we can to mitigate risks and invest in oil-spill containment and remediation – on all our coasts, both inland and sea. There are better alternatives, including the use of what are called Particularly Sensitive Sea Areas (PSSAs), which have been established in areas including the Great Barrier Reef and the Galapagos Islands.

To call Bill C-48 un-Canadian is not something I say lightly. As Quebec Senator Dennis Dawson noted at a recent Senate Transport Committee hearing on C-48, this country has a painful history of divisiveness, and the notion of “East against West” is discomforting for anyone who fought against separatism in Quebec in the past several decades.

I, too, lived through those years of separatism in Quebec, not as a Quebecker, but from outside, and I was concerned as a Canadian. Today, I am seeing an unprecedented degree of frustration in Western Canada, and particularly Alberta. People in Alberta and Saskatchewan in the oil and gas sector are angry that this proposed legislation does not address tanker traffic in any other part of the country, nor does it address the four U.S. oil tankers that sail down the coast every day from Alaska. Therefore, it is not really about tanker traffic at all but a thinly veiled way to prevent any pipelines to that part of the coast.

A 2019 Confederation of Tomorrow survey, conducted by the Environics Institute for Survey Research, the Canada West Foundation, the Mowat Centre, the Centre d’analyse politique sur la constitution et le fédéralisme, the Institute for Research on Public Policy and the Brian Mulroney Institute of Government at Saint Francis Xavier University, shows a troubling rise in alienation in Alberta and Saskatchewan at a time when the issue of sovereignty in Quebec has eased. Sentiment is rising among Albertans and Saskatchewanians that they aren’t getting enough out of federalism, and in some cases, that the provinces should go it alone

That’s a concern – for all of Canada.

Legislation such as C-48 only makes this worse. The bill allows us to pick and choose where we exercise an environmental conscience, as if northwestern B.C. is any more beautiful and deserving of protection than the coasts of Newfoundland, New Brunswick, Vancouver, or along the St. Lawrence River, where there is considerable oil tanker traffic and where economic activity thrives. Meanwhile, the Alberta and Saskatchewan economies would take yet another blow after the hammering of the past few years. The Western provinces are asking only for fairness in how we regulate coastlines, a federation that values each region across the country. All Canadians should be insisting on the same thing.

Most Canadians are confident that we can resolve our differences, and I am too. That’s why Bill C-48, which clearly picks regional winners and losers, must not go ahead. 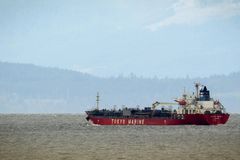