The U.S. Federal Trade Commission filed suit against Facebook (FB) in tandem with 48 attorneys-general last week to challenge the social-media giant’s “unchecked power over personal data and social interactions.” The bold and strategically co-ordinated move was made in response to the FTC technology enforcement division’s investigation of concerns about a single company controlling how we access information globally.

This case could permanently change the internet, but will the average person notice?

Leveraging damning insights from company e-mails, the lawsuits allege that the tech giant engaged in unlawful and anticompetitive tactics to buy or kill off its rivals and solidify its dominance. Specifically, they say Facebook “sought to extinguish or impede, rather than outperform or out-innovate, any competitive threat that might challenge Facebook’s dominance.”

Antitrust law is emerging as a preferred and sophisticated tool to try to neutralize the power of Big Tech. It is an intricate field built on the basic thesis that when a company doesn’t have real competition, it will have the freedom to act against the public interest.

The suit, which follows another U.S. antitrust lawsuit against Alphabet Inc.’s Google in October and billions in fines for competition abuses in Europe, is easily the most serious expression of the “techlash.” While it could take years in the courts, the case also shows that, in America, mergers previously approved could be undone – a prospect that Facebook has derided as “revisionist history” despite the FTC’s public statements following those reviews that explicitly state the matter should not be considered permanently settled.

Facebook is expected to defend the claims vigorously, and there is some speculation that Amazon (AMZN) may spin out its cloud platform Amazon Web Services in anticipation of a similar suit. Over all, the challenge has been received with anticipation and admiration by legal scholars and policy wonks alike.

Yet for the average person still engaging with one or more of Facebook’s social-media tools – remember, it also owns photo-sharing service Instagram and encrypted messaging program WhatsApp – it was just another day of scrolling the newsfeed and messaging friends while feeding the algorithms.

It may be difficult for consumers to discern and therefore appreciate how Facebook’s assets sculpt our digital experience while allegedly squelching competitors. In a sense, the firm has normalized opaque data sharing and poor privacy experiences as a “price” of staying connected and engaging online. The suit alleges that Facebook engaged in “privacy as PR” – that while it pledged better privacy provisions, it actually backtracked on promises to protect personal data.

Officials are suggesting that Facebook should divest itself of Instagram and WhatsApp to restore competition. That said, the success of any social-media platform is predicated on network effects – the more people who use it, the more money it can make off advertising – which necessitates size. At the same time, social media is increasingly becoming a homogeneous and familiar experience across dominant platforms. The competition for our attention has motivated replication of popular features, such as disappearing stories.

While it’s worth reflecting on whether it would really matter if apps such as WhatsApp and Instagram were no longer owned by the same company, the outcome of these cases will be more than a referendum on whether Facebooks holds a monopoly over social networking or whether becoming a monopoly was always Facebook’s goal. The ultimate decision will depend on proving that the result has hurt consumers. Some antitrust experts have argued that new lawsuits must focus on a much broader definition of “harm” than the traditional idea of higher prices since Facebook’s services are free of charge.

This central question of “helping or hurting consumers” is particularly intriguing. Regardless of the company’s acquisitions, there is a fantastic disconnect between the macro manipulations of these platforms and the micro engagements by users who keep driving its revenue and share price to record highs.

Facebook’s countless “harms” that spill from social advertising, such as promoting anti-Semitism, hate speech, misinformation, election interference and social-media addiction, are disconnected from most consumers’ daily privacy experience. It often seems as if the problem with Facebook is more around what the firm doesn’t do, including: provide consistent content moderation, remove offensive, violent and pornographic posts, intervene when users seek to incite terrorism, or post appropriate warnings. In that way, it is difficult to predict whether breaking up the company will solve its greatest harms.

For all the company’s undue influence on elections and subversion of democracy, it remains part of the fabric of our digital society. It feels like there is a frustrating inevitability to engaging in Facebook’s platforms – even after more than 87 million users’ information was exposed in 2018′s Cambridge Analytica scandal. That said, having insufficient platform choice when it comes to posting a photo, sharing a story or sending a text may not fuss the more than three billion people that regularly use Facebook’s combined services.

One goal of the suit is to achieve a better privacy experience for people. If the mergers are undone, our daily lives may not materially change. Comprehensive legislative reform in privacy and consumer protections is much more likely to introduce the data boundaries and new standards that reformers crave.

Europe’s General Data Protection Regulation and California’s Consumer Privacy Act represent meaningful changes in how privacy law will be enforced. Canada’s recently introduced Consumer Privacy Protection Act, or Bill C-11, and the freshly launched consultation on reforming the federal Privacy Act have the power to do more to improve our online experiences and hold firms accountable than breaking up Facebook will. 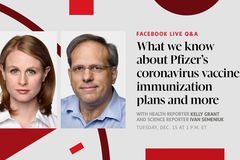 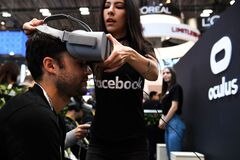 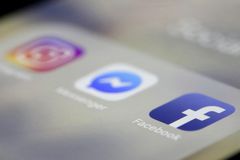 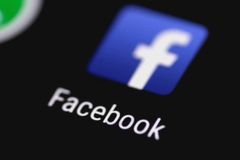