Amazon workers are no doubt feeling a little prouder of their employer today – or at least, the 1,500 of them who’d planned to walk off the job on Friday to put pressure on chief executive Jeff Bezos to do more to fight climate change. The employees had announced their participation in the climate strike as part of a week-long series of global actions taking place to mark next Monday’s United Nations Climate Action Summit.

On Thursday, Mr. Bezos made an encouraging climate pledge: The company will go to 100-per-cent renewables by 2030 and net zero emissions by 2040.

It’s official: Climate change is now a workplace issue, and while this faction of activist Amazon employees is small, it represents the future. A growing number of people in today’s work force – particularly millennials – say they want their workplace to reflect their values, and smart employers will recognize this. Many already offer cold-pressed juices and free lunchtime yoga. Why not the chance to stop environmental catastrophe?

Giving workers time off to support meaningful causes isn’t unprecedented. In 2017, Facebook and Google offered their employees a paid day off if they wanted to protest the Trump administration’s immigration policies. Many others followed suit with paid civic-participation days.

Initiatives such as these make sense given the limited time most employees have to participate in civic life; almost two-thirds of us are working more than 45 hours a week, 50 per cent more than two decades ago. That doesn’t leave much time for stopping runaway climate change.

Companies such as Patagonia, which has a brand that’s aligned with environmentalism and sustainability, have already stepped up. But others are joining the movement too, realizing that the quicker they get on board, the better they’ll look.

In Australia, the largest banks have mostly committed to letting employees take time off for the climate strike. And in Sweden, Scania Group has just announced it will halt work for one hour for all 52,000 of their employees on Friday, during which time there will be learning opportunities about climate change.

To date, a consortium called Not Business As Usual has persuaded more than 1,200 company heads to pledge to let their employees strike, but so far, few Canadian companies have signed on, apart from Canadian divisions of multinational companies such as Lush and Burton.

My company, Pilot PMR, has pledged to participate and our employees can strike off for the strike if they like, or not. (There’s nothing less appealing than company-mandated activism, after all.)

The value-add of working for a company that is seen as aligned with your beliefs (and you know, not evil) can’t be underestimated. According to LinkedIn’s Workplace Report, 86 per cent of millennials would consider taking a pay cut to work for companies whose values aligned with their own. Most of these millennials are very worried about the environment.

Says Charles Meyer, CEO of Equinix, a California-based data centre provider: “Cutting down on carbon emissions is valuable in itself. But it also makes good business sense, both in meeting the demands of investors and customers pursuing sustainability strategies, and in Equinix’s ongoing search for new talent. They want to work for a company they feel is ideally doing good things for the planet, certainly not doing it harm.” This from a company that has seen huge backlash over its owner fundraising for Donald Trump.

For the past year, the climate crisis has been brought to the fore of public consciousness by young people. Many of them miss class to do so. All of them have replaced the carefree abandon of their teen years with the impossibly heavy obligations of fighting for our collective future.

Among many adults there’s a desire to help, but a responsibility to work. Companies that facilitate their employees in meeting these desires (with flexible work hours and support) will reap the benefits of happier staff. And maybe even a habitable planet.

When the Raptors won the NBA championship, magnanimous companies let their Toronto employees flood the streets to cheer on the hometown victory. It was a good look for CEOs, the mayor and small-business owners to have realized the moment, and no doubt bought them internal goodwill.

Smart CEOs should see the value in letting their employees take part in strikes or other civic actions that matter to them. What these strikes lack in Drake, they make up for in hope and inspiration. And there’s no time to spare.

In Canada, Global Climate Strikes will be held this Friday and next, with other events throughout the week. The second strike is shaping up to be the larger one in Canada, with Greta Thunberg, the 16-year-old Swedish environmental activist, attending the Montreal Climate Strike next Friday. Many school boards have announced they won’t penalize students for attending either strike day. 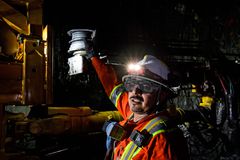 Opinion
Can industrialists be environmentalists? Yes. Here’s how
August 30, 2019 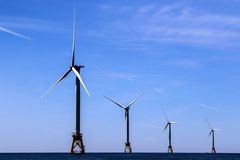