It takes hundreds of years to create an inch of topsoil and, over a few windy days, it can blow away. I grew up on a Prairie farm, my Dad was a farmer, and my older brother farms the same land, but the land I grew up on no longer blows away on a windy day. That soil contains double the number of earthworms, the rain soaks in instead of pooling, the organic matter is higher and that land is more productive than it ever has been.

During the past 30 years, there has been a fundamental change in how Prairie grain farmers operate. There has been rapid adoption of technologies that have benefited producers, improved our environment, are saving the soil and helping to feed the world. Using zero-till methods, we can grow crops every year, instead of having to leave the land fallow every couple of years. Genetically modified (GM) crops, redesigned equipment and better fertilizer use has enabled a sustainable intensification of production. This generation of Prairie farmers will be the first in history to leave their farmland in better condition than how they received it.

The introduction of GM canola and re-engineering of planting equipment reduced production costs, increased yields, and improved the environment. The Canola Council of Canada found that adopting GM canola resulted in herbicide use being reduced by 18 per cent while decreased soil tillage cut diesel fuel consumption by the equivalent of eliminating 500,000 cars from our roads. At the same time, crop yields doubled, making canola the most profitable field crop for prairie farmers.

Lana Awanda at the University of Saskatchewan studies greenhouse gas emissions of prairie farms. She has found that the changes in farming methods have increased carbon sequestration by 400 per cent since the mid-1990s. Prairie grain farmers now are storing more carbon than they emit. In total, they now store 16 million metric tonnes annually, the equivalent of the emissions from 3.47 million cars. Higher-yielding crops absorb more atmospheric carbon and, after harvest, the crop residue, which is full of carbon, is left on the land increasing organic matter and protecting it from erosion. High-yield agriculture is helping to mitigate climate change.

This technology has resulted in dramatic production gains that have made Canada a key part of the global food supply system. Since 1970, Prairie crop production has expanded by some 400 per cent. The amount of cultivated land has remained steady at around 31 million hectares, while being done by 40 per cent fewer farmers. Dad farmed 1,200 acres with five sons contributing much-needed labour. Today, my brother farms 2,200 acres with a seasonal employee. Canadians enjoy among the lowest food costs on the planet. Consumers have benefited most from the productivity gains of bigger, more specialized but still family farms.

A hungry world is an angry world. To feed the world, we need more crop production. We either turn forests, wetlands and prairies into farmland to grow more, or we can use agricultural technology to further advance the sustainable productivity gains we are capable of. We will need crops that will adapt to climate change. Advances in plant sciences and genetics are enhancing plant breeders’ ability to do this. This new knowledge of which genes do what and if they are present and in the correct combination with other desired genes is powerful. It can dramatically reduce the time to develop new varieties with improved traits for yield, disease resistance and quality. In the 1980s, it took 12 to 15 years to develop a new variety; today, that time has been reduced to eight years and will be further shortened with advanced bioinformatics.

New gene-editing tools such as CRISPR will provide a leap in crop variety development. Plant scientists will be able to make precise changes to plant traits more cheaply and more routinely than using GM technology. This editing will work within the plant’s gene structure, making specific changes to increase traits of interest, or to reduce undesirable traits. Adopting new tools such as whole genome sequencing and gene editing will be important.

The industry though needs societal support for the use of this science to ensure it isn't over-regulated, which would make it too expensive for use in smaller crops or by public researchers. Industry did not do a good job of building understanding and garnering support for genetically modified crops 25 years ago. These crops were the most studied and analyzed food crops ever and their safety was well understood by scientists and regulators, but not by consumers. Those studies have been proven right. Twenty-five years later, billions of people and animals have eaten foods from GM crops. There are no cases of human, animal or environmental health issues.

Canada can truly be a global leader in providing a safe, nutritious, and sustainable food supply for the 21st century. The Advisory Council Report on Economic Growth says that Canada has the potential to become the second-largest ag/food exporter in the world, adding some $20-billion in new exports to a world that needs it. New initiatives such as Protein Industries Canada, a supercluster receiving federal government and matching industry investment, will help open a whole new business sector.

The world does need more Canada. Our track record is great. We need to continue using the best science and be a leading advocate for it. Our ag/food regulatory system ensures we have a safe and nutritious food supply, and we share that with the world through our exports. Canada wins on many fronts by being a leader in ag science and technology. Agriculture can be a significant driver in Canada’s economic growth. We can sustainably increase food production while helping to feed the world in a future where it will be needed more than ever, no matter how strong the wind may blow. 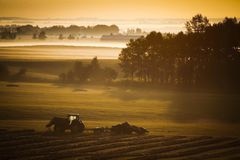 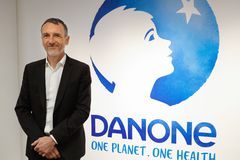