Louis Vachon and Frédérick Gagnon
Contributed to The Globe and Mail
Published July 7, 2020 Updated July 7, 2020
Comments
Please log in to listen to this story. Also available in French and Mandarin. Log In Create Free Account

Louis Vachon is CEO at National Bank of Canada, and Frédérick Gagnon is holder of the Raoul Dandurand chair of strategic and diplomatic studies at University of Quebec in Montreal.

Canadians are often unfamiliar with the concept of “geo-economics,” but recent international events prove that we should learn more about what it means for Canada. Growing tensions with China over the extradition of Huawei’s Meng Wanzhou, a ban by that country on Canadian pork and canola and recent friction over lumber show that power politics is increasingly practised through economic means.

Skeptical of the promise of globalization, states increasingly view economic relations as a zero-sum game in which national gains are preferable to collective gains. States do not hesitate to use any means to gain a comparative advantage, harm their competitors or use their economic power for geopolitical effect: sanctions, intellectual property theft, rejection of trade agreements, cyber and economic espionage.

These geo-economic tensions have at least three consequences for Canada. First, it is often said our country is a middle power and that this status generally allows it to avoid being the target of the great powers, which are rather busy competing with each other. The recent disputes between Ottawa and Beijing show that Canada is not immune to this competition. The re-election of the current U.S. administration in November would certainly not diminish Washington’s tendency to conceive the relationship with China in these terms. But even Democrats are more convinced than before of the importance of taking a hard line on China. Canada will have to adapt to this new reality.

Second, while it is true that the world has already experienced other periods of geo-economic tensions, what makes this one potentially more perilous for Canada is that it is taking place at a time when globalization and digital technologies are increasing the effectiveness of geo-economic destabilization strategies and the speed of their implementation. Our businesses, financial institutions and government have invested heavily in cybersecurity measures in recent years, but many remain vulnerable to cyber attacks, which can make it possible to steal sensitive information or paralyze sectors of our economy in a matter of minutes.

Third, if the current COVID-19 pandemic causes the global economic crisis that some fear, Canada will soon be plunged into an even more precarious international environment, where geo-economic tensions could be exacerbated by the willingness of states to jump-start their economies before others, or to discover a vaccine first and reserve it for their national populations before sharing it with the world.

For the Canadian government, this raises a number of issues. The first one is for Canada to define its own rules of engagement in this new geo-economic sphere. For example, how and when should we use sanctions or ban some products from other countries?

Secondly, geo-economic tactics are often used in co-ordination with other geopolitical tools, such as cyber attacks and disinformation campaigns. In that context, co-ordination between different levels of government and a broader definition of national security may be required.

Thirdly, the government may also be required, in some situations, to protect Canadian companies from foreign government actions in order to prevent economic pressure from becoming domestic political pressure. Export Development Canada, with its wide range of tools for managing risk, may be the vehicle to use in these circumstances.

For Canadian companies, this new reality has also a number of consequences. Our businesses may have to make strategic choices based on the geo-economic realities defined by our government. An example is the decision by major Canadian telecom companies to favour other suppliers over Huawei in their choice for 5G technology. Furthermore, geo-economic and geopolitical realities are redefining global supply chains in real time.

Every Canadian CEO now should look carefully at how his or her company is affected by this and how it should be repositioned. Ultimately, the rise of geo-economics will be more than dollars and cents, it will be a test of fundamental values and resolve. 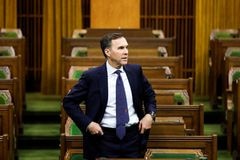