In the run-up to Canada Day, leading U.S. and Canadian think tanks came out with a prescription for fixing the country’s productivity ills.

And while I’m sorry to wreck the warm glow of a long weekend in a too-short summer, please know that Canada faces a serious productivity problem. Business leaders and policy makers are struggling to realize the potential of what academics refer to as the country’s “advanced industries.”

Across the country, and in every sector, there is a crying need to do better at building the companies of the future. These are the businesses that use cutting-edge technology and skills, and forge global franchises. These are the employers that will account for the lion’s share of growth in the country’s economic wealth, and its top-paying jobs.

The drive to see Canada do better is driven by the fact that U.S. employees in advanced industries consistently add far more value to their economy than their Canadian counterparts, according to a recently released report from the Washington-based Brookings Institute and the Martin Prosperity Institute at the University of Toronto’s Rotman School of Business.

The study – titled A Path To Prosperity - found that slightly more than two decades back, in 1996, the gap in productivity between the average Canadian and U.S. worker in advanced industries was a relatively thin 17 per cent. Today, the gap has ballooned to 100 per cent – U.S. employees are twice as productive as their Canadian counterparts.

Put another way, if Canadians labouring in advanced industries were just as productive as Americans, Canada’s GDP would jump by about $780-billion. That translates into a domestic economy half again larger than it is now.

Those basking in the warm glow of a national holiday may be tempted to toss these statistics aside. It’s easy to blame the growing gap with our southern neighbour on the unprecedented run by a handful of U.S. technology players – Apple, Alphabet and Amazon – that are redefining the way we work and play, and spinning silicon chips into gold.

But here’s where Brookings and Rotman provide double-edged insight. While Silicon Valley generates enormous wealth and is extraordinarily productive, Canada has industrial clusters with similar potential to spawn world leaders. The list includes up-and-coming companies in smaller communities such as Ontario’s Kitchener-Waterloo and Windsor, and Saguenay, Que., along with those in major centres such as Vancouver, Calgary, Toronto and Montreal.

But as the academics examined businesses from coast to coast, they found “in all places (and this is the core problem), the Canadian sector is struggling with subpar productivity, with ramifications that promise slower growth and a declining standard of living for Canadians in the absence of renewal.”

What does “renewal” look like for Canada? That’s where a five-person team led by Brookings senior fellow Mark Muro went to town. Their report centred on four concrete recommendations to business leaders and politicians, steps meant to improve the fortunes of cutting-edge Canadian companies in any sector, and any region. What the country needs, Mr. Muro and his colleagues concluded, is a focus on the four Cs: capital availability, competition, connectivity and technological com­plexity.

When it comes to capital, Mr. Muro found Canada’s largest companies aren’t plowing enough money back into their own growth by spending on critical infrastructure such as information and communication technology. And smaller businesses need more access to patient capital. Mr. Muro pointed out that fixes are already emerging for small business with the recently launched $1-billion Canadian Business Growth Fund designed to supply long-term financial support.

In a recommendation that’s bound to be opposed by some of the country’s biggest corporations, Mr. Muro and his colleagues said government protection of sectors such as banking, insurance and telecom is stifling productivity. The report recommends policy makers “allow greater market competition in Cana­da’s highly regulated network sectors, and promote a business culture of risk-taking by emphasizing entrepreneurship in train­ing and education.”

The concept of increasing connectivity means Canadians need to do better at turning domestic leaders into global champions. It’s easier said than done: Witness the rise and fall of companies such as Nortel Networks and BlackBerry as they moved to the international stage. But Mr. Muro said a constant focusing on scaling up operations at successful domestic businesses is essential to creating the next generation of corporate leaders.

Finally, Canadian political and business leaders should embrace complexity at the local level, by using the analytical tools that come with our ability to crunch data to focus on what Mr. Muro termed “smart specialization.” That means identifying the skills that are giving birth to advanced industries in a region - tech in Kitchener-Waterloo, aerospace in the Montreal suburbs - and doing everything possible to foster that community.

“The nation needs to ask urgently whether it possesses the right mix of industries performing at a high enough level to allow for new levels of prosperity,” Mr. Muro said. As Canada celebrates a birthday, there’s strong evidence that the country isn’t realizing its full economic potential, but can get there by working smarter. 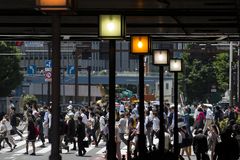 Afraid to disconnect from work? Why you should get over it
June 29, 2018 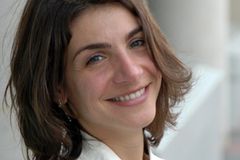 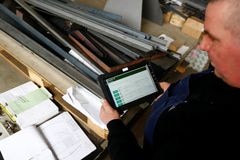