If we thought passage of the new North American free-trade agreement would get Donald Trump off our back, think again. We’ve been served notice that Canada has got to pony up more on defence and security. We should do so, not because the U.S. wants us to, but because it serves Canadian interests, especially in exercising Canadian sovereignty in our North.

The Trump administration is close to a deal with Speaker Nancy Pelosi on congressional ratification of the United States-Mexico-Canada Agreement (USMCA) on trade. The possible changes to the agreement signed last November will not trouble Canada. Tougher labour and environmental standards enforcement – “trust but verify” – are aimed at Mexico. Another change would shorten the patent-protection period for new pharmaceutical drugs.

The USMCA could pass through Congress before Christmas. But even if the deal gets stuck, Mr. Trump’s threat to rescind NAFTA is increasingly remote. The more Americans learned about NAFTA, the more they liked it, especially in the farming community and Mr. Trump needs their votes if he is to be re-elected next year.

A new trade agreement does not mean complacency about trade.

We’re still paying tariffs on our lumber exports. Protectionism, especially in procurement, is endemic. We need to sustain the Team Canada effort with Congress, governors and state legislators. Rather than blame Ottawa, provincial premiers need to remind their neighbouring states why trade and investment is mutually beneficial. Premiers and governors should strive for a reciprocity agreement on procurement.

But if our trading relationship is shifting out of crisis mode, defence and security will take that space. Continued free riding by the allies, as the Trump administration sees it, is not an option.

With the end of the Cold War, Canada took the peace dividend and then coasted in our defence spending. But today’s world is meaner with a rising China and revanchist Russia.

The Trudeau Government thought its defence policy – titled Strong, Secure, Engaged – and its promise of new warships, fighter jets and active missions in Latvia and Iraq, would suffice. Wrong. For Mr. Trump, the bottom line is the 2014 commitment by the governments of North Atlantic Treaty Organization member-countries to achieve spending of 2 per cent of gross domestic product on defence by 2024. Canadian spending, according to NATO, is currently 1.27 per cent. It is scheduled to rise to around 1.4 per cent by 2026-27, well short of the allies’ pledge.

If we are going to spend more, then let’s invest in northern sovereignty.

Brian Mulroney persuaded Ronald Reagan to tacitly acknowledge Canadian sovereignty through Arctic waters. Since then, the Americans have pressed us to exercise that sovereignty. Stephen Harper instituted Operation Nanook and he made annual summer visits to the North. But the promised Arctic base in Nanisivik, Nunavut, has never materialized. The promised icebreakers are still to be built.

In contrast to the American, Chinese and Russian policies, Canada’s long-delayed Arctic policy framework, finally released in September, is sophomoric. It ignores both defence and security.

The Americans want us to collaborate in updating the postwar North Warning System. Jointly managed as part of our NORAD alliance, its replacement will be expensive. But it’s also an opportunity for us to lead in the development of innovative space and underwater applications that would buttress our Arctic sovereignty. We can take inspiration from HMCS Harry DeWolf, the first of our offshore patrol ships. The largest Canadian warship built in 50 years, it is now afloat in Halifax harbour.

We are also an Indo-Pacific country. The almost year-old Comprehensive and Progressive Agreement for Trans-Pacific Partnership (CPTPP) gives us first-mover advantage over the U.S. in places such as Japan. But our Pacific partners expect us to demonstrate greater commitment to their security. This means more navy and air reach. Is our Pacific posture adequate? Does our capability, including our bases, meet the new threat assessments?

Managing the trade relationship with the Trump administration is hard. David McNaughton was the right ambassador for the Trudeau government’s first term and its focus on trade. Mr. MacNaughton’s outreach strategy needs to become a permanent campaign.

Our next ambassador will need demonstrated security chops in addition to political savvy. Handling defence and security is going to be really hard. But as a friendly ambassador, whose country faces the same challenge, observed at the recent Halifax International Security Forum, we Canadians are going to have to toughen up. 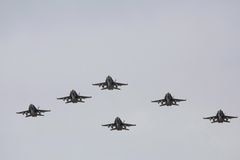 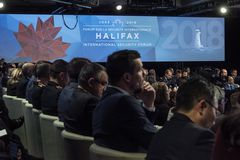 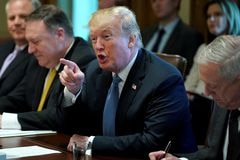