It is the U.S. President as a reckless bully, indiscriminately wielding U.S. power around the world. The portrayal seems particularly apt in the wake of Mr. Trump’s most recent volley of trade threats in the aftermath of this weekend’s G7 meeting in Quebec. Calling Prime Minster Justin Trudeau “dishonest and weak,” Mr. Trump dropped a renewed threat of auto tariffs on Canada and Europe from Air Force One via angry tweets.

It’s just the latest salvo in what some argue has become a key tactic in United States trade policy: the weaponization of uncertainty.

Pain from U.S. tariffs could hit hard. Canada is destined to suffer more than other country targeted by recently imposed steel and aluminum tariffs because it sells more of those products to the United States than anyone else. Canada will take a 0.33-per-cent hit to its gross domestic product (after factoring in the impact of a weaker Canadian dollar) and suffer about 6,000 lost jobs, according to a C.D. Howe Institute study by independent economists Dan Ciuriak and Jingliang Xiao. The study estimates that U.S. imports of these products from Canada would decline by 31 per cent, setting off a ripple of effects through the economy.

The United States also gets hurt, but not nearly to the same degree. The impact on GDP is minute at 0.02 per cent, with roughly 22,700 jobs lost.

The loss of GDP for both countries does not reflect what would happen if Canada responds with threatened tariffs of its own on July 1.

“For Canada, [retaliation] could double the pain,” the authors argue.

The looming threat of hefty new U.S. tariffs on cars would be even more damaging to Canada’s economy, disrupting a much larger network of cross-border parts supply chains.

Mr. Trudeau’s response so far has appeared to be to hunker down and hope that Americans eventually vote in a more global-minded president and Congress. When Ottawa announced it intended to retaliate, Mr. Trudeau expressed his hope that “at some point” the common sense of Americans would prevail – presumably undoing the Trump administration’s aggressive trade stance.

Don’t bet on it. Mr. Ciuriak, a former deputy chief economist at the department of Global Affairs, argues that the Trump administration’s trade policy is less of an aberration from traditional U.S. policy than many people think. For decades now, the United States has used its position as the world’s sole “hyper power” to achieve its geopolitical objectives, he says. Mr. Trump is merely extending the muscular use of national security as a rationale to get what it wants on trade.

Tariffs are not the end game. In a paper written with University of Cambridge economist Meredith Crowley, she and Mr. Ciuriak make the case that the United States is knowingly and strategically “weaponizing uncertainty” by seeking out confrontation with other countries on trade.

“The Trump administration is deploying at scale a new weapon in trade protection – uncertainty,” they argue.

The objective is not just to reduce the massive U.S. trade deficit with the world − as Mr. Trump and his top officials repeatedly insist. Fomenting trade uncertainty is also being used to bully companies into moving jobs, production and investment back to the United States and to discourage U.S. companies from investing outside the country.

Threatened tariffs may be as effective as actual tariffs. That may explain why the Trump administration has been so insistent on putting a five-year sunset clause in the North American free-trade agreement. Canada considers that a deal breaker because it discourages companies from making long-term investments.

Uncertainty is being deliberately used as a non-tariff barrier and, unlike tariffs, it can’t be reined in by the rules of the World Trade Organization, NAFTA or other trade deals. “Unlike tariffs, uncertainty cannot easily be withdrawn – like a good reputation ruined, its pernicious effects on confidence can take years to unwind,” according to Ms. Crowley and Mr. Ciuriak.

Canada is already suffering as companies delay investments, or divert them to the United States to escape the uncertainty of being on the wrong side of any protectionist barriers.

The steel and aluminum tariffs, and threats of more to come, are still relatively fresh. But the effect of the uncertainty they sow could last much longer − perhaps long after Mr. Trump leaves the White House – particularly if businesses lose faith in the WTO and the rules-based trading system. 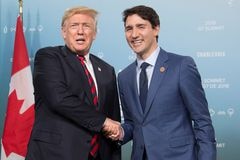 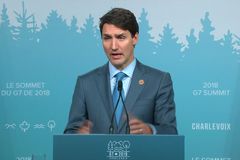 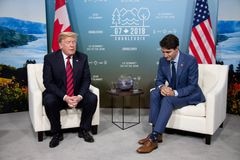