The global pharmaceutical industry is riding a wave of innovation that is passing Canada by as research and development spending stagnates here.

The U.S. Food and Drug Administration’s approval this month of the first new drug to treat Alzheimer’s disease in almost two decades, on the heels of the rollout of a string of COVID-19 vaccines that promise to end the deadliest pandemic in decades, constitute breakthroughs only made possible by massive investments in research and development.

A series of new immuno-oncology drugs that are transforming cancer treatment have also hit the market. Many come with eye-popping price tags that reflect the billions of dollars it cost to develop them. But those research dollars create the very kinds of jobs governments around the world seek to attract. Or, at least some governments.

An April study by the U.S. Congressional Budget Office estimated the U.S. pharmaceutical industry spent US$83-billion on R&D in 2019 alone, or more than 10 times the amount it spent on research in the 1980s after adjusting for the effects of inflation.

“On average, pharmaceutical companies spent about one-quarter of their revenues (net of expenses and buyer rebates) on R&D expenses in 2019, which is almost twice as large a share of revenues as they spent in 2000,” the CBO found. “That revenue share is larger than that for other knowledge-based industries, such as semiconductors, technology hardware, and software.”

The Organization for Economic Co-operation and Development estimated that the pharmaceutical industry spent nearly 12 per cent of gross sales on R&D in 2016 in OECD member countries, totalling more than US$100-billion. Globally, total pharma industry R&D spending is estimated to have topped US$170-billion in 2019.

While most the rest of the developed world has seen an upsurge in drug research in recent years, however, R&D spending has been in decline for two decades in Canada. And new federal regulations, set to take effect on July 1 and aimed at lowering the price of patented drugs in this country, threaten to accentuate this trend.

The brand-name pharmaceutical industry has spent less than $1-billion on R&D in Canada every year since 2011, according the Patented Medicine Prices Review Board (PMPRB). The figure for 2018 was $893-million, or about 3.9 per cent of gross sales.

Innovative Medicines Canada, which represents brand-name drug companies, counters the PMPRB figures do not include industry-funded research conducted in hospitals and universities. All in, IMC says its members spent around $2-billion on R&D in 2018.

Any way you slice it, however, Canada remains a laggard in pharmaceutical R&D. And most observers argue that new rules that will remove the United States and Switzerland from the list of benchmark countries the PMPRB uses to set maximum prices for patented drugs in Canada will further discourage R&D spending here.

“Most pharmaceutical companies in Canada are affiliates of multinational businesses, which means they must compete with affiliates in other countries for a finite amount of global research money,” researcher Nigel Rawson wrote in recent article for the Canadian Health Policy Institute, a think tank that advocates for market-driven health-policy decisions. “If Ottawa’s actions result in the Canadian market being viewed with uncertainty by international pharmaceutical businesses, research investment will go to more collaborative countries.”

Ottawa should ensure that multinational pharmaceutical companies see this country as a good place to do R&D to capture our share of an expanding global research pie. The Trudeau government has been doing the opposite.

“The lack of growth capital and commercialization incentives was already leading to an exodus of large-scale biotech firms and top talent prior to COVID-19,” the federal government’s own Industry Strategy Council wrote in its final report, tabled in October. “It has also limited Canada’s ability to benefit from the injection of capital into pharma and biotech amid COVID-19.”

There is simply no way of getting around the fact that, if Canadians want timely access to the latest breakthrough drugs, they will have to pay for them. Otherwise, brand-name pharmaceutical companies will be reluctant to launch new treatments in Canada until they recoup development costs from sales in countries with friendlier price regulations. And they will concentrate their R&D investments in those same countries. 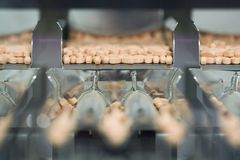 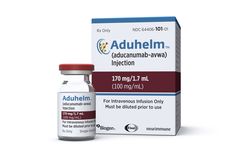 Opinion
Why is Justin Trudeau cutting off his nose to spite Big Pharma?
Subscriber content
February 25, 2021 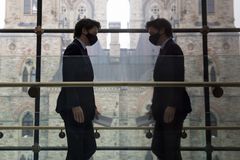