Antonio Zappulla is CEO of the Thomson Reuters Foundation.

Against this backdrop, people are increasingly turning to business for a new type of leadership, one that goes beyond shareholders’ profit. The word “purpose” has entered the boardroom, and conversations around “stakeholder capitalism” and “meaningful economic growth” are on the official agenda for the World Economic Forum 2020 in Davos, Switzerland.

According to the 2019 Edelman Trust Barometer, 76 per cent of people expect CEOs to take the lead on systemic change instead of waiting for governments to draft policies. The rise of B Corps and the visible leadership of executives such as Paul Polman, Emmanuel Faber and Nandan Nilekani signals that the business community is already beginning to fill a sizable void.

It’s therefore hardly surprising that social enterprise continues to grow. From health and finance to education and agriculture, thousands of social entrepreneurs around the world are taking matters in their own hands, finding innovative profitable solutions to solve some of the world’s most critical issues.

A Thomson Reuters Foundation’s global survey published Tuesday, ranking “the best countries for social entrepreneurs,” provides a prism through which to view this business-for-good sector and how it’s perceived within individual nations. More importantly, it raises questions as to the ability of social enterprises to survive, thrive and change the world.

The survey, involving the world’s 45 biggest economies, puts Canada firmly at the top. It cites supportive government policies, ease of access to investment and grants, and the strong representation of young people and women within the sector.

This is a strong accomplishment for the country, given that Canada is fairly new to this game. Unlike Britain and the U.S. – both of which have well-established ecosystems to support social enterprise – the first piece of legislation to formally recognize the sector in Canada was only introduced in 2012, more than a decade after Britain launched its Social Enterprise Unit within the Department of Trade and Industry.

Momentum for Canadian social enterprise has been building. Data is hard to come by. According to the most recent National Social Enterprise Sector Survey, there are more than 1,300 social enterprises in the country (although this is based only on those that completed the survey back in 2016, so the real number is likely much higher). They employ more than 254,000 people, providing services to an additional 5.5 million. Just last year, the government announced a landmark $800-million investment in the sector.

This tallies well with what we know about social enterprise: that strengthening the support structures for these businesses – from accessing finance, to clear legal frameworks within which they operate – is vital for the sector to continue to grow.

Government policies are critical; they help regulate and define the industry. But they are clearly not enough to accelerate the growth of the sector and they should not be seen in isolation. Like any other business, social enterprise needs certainty and is affected by a number of other variables.

Take Britain. Despite well-established frameworks to support the growth of social entrepreneurs, Britain slumped in the Thomson Reuters Foundation poll compared to three years ago.

However, the sector is estimated to contribute three times more to the nation’s economy than agriculture – around £60bn to Britain’s GDP. In the past 12 months, 41 per cent of social enterprises created jobs – compared to 22 per cent of profit-driven small-sized enterprises in Britain. And just this year, the British government launched an Impact Investing Institute with the goal of channelling more funds to the sector. It also offers tax breaks and incentivizes the government to buy products and services from ethical business.

Yet, in Britain, the business uncertainties related to Brexit have created so much uneasiness for social entrepreneurs that the country has slumped from third to 13th place in the global Thomson Reuters Foundation ranking.

For the U.S., which topped the poll three years ago, the slump is even more pronounced. Three years after the first poll was conducted, the country went from topping the poll to plummeting to 32nd place.

Experts cite the drop in funding for the sector, a change in attitude towards climate change – with the U.S. pulling out of the Kyoto Protocol – and emerging trade frictions between the U.S. and China, which ranked 37th. “We lost a lot of momentum” one of the experts surveyed said, mentioning a more inward-looking attitude toward ways of doing business. The removal of the International Entrepreneur Rule (IER), which allowed foreign-born entrepreneurs to stay in the U.S. for five years, was also cited as contributing to a squeeze on the sector.

On the other hand, emerging markets where social enterprise is relatively new, such as Nigeria and Pakistan, have gained ground in the poll. Despite a less robust infrastructure around the sector, its growth – although on a smaller scale – is perceived by practitioners as innovative and exciting.

Overall and across the board, misconception about social enterprise is still the most pressing hurdle preventing growth. More than half of those surveyed this year said they believe the public didn’t understand what social entrepreneurs did.

This is still a nascent sector, with continued debate over concrete definitions and little data. Much more needs to be done to educate the world about how social enterprises are creating sustainable businesses providing solutions to real-world problems.

From building schools out of plastic waste, to training women in rural villages in solar engineering, this emerging sector – one which combines revenue and profit-making with innovation and social impact – has huge potential.

Things might be about to change for mission-led businesses. Forty per cent of those polled by the Deloitte Millennial Survey 2018 believed the goal of businesses should be to “improve society.” By 2020, millennials will make an even larger percentage of all consumers. Will they turn toward social enterprise? 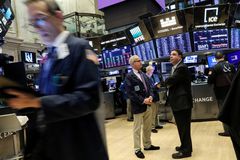 Business excellence with a side of social responsibility
October 15, 2018 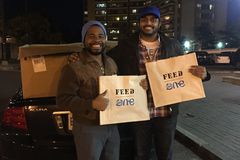