There are hard lessons to be learned from the disproportionate Saudi response to a tweet from our Foreign Affairs Minister calling for the release of imprisoned rights activists, and an opportunity to make our country better prepared and more resilient.

The most important lesson is accepting that times have changed and adjusting accordingly. We now live in a world of unilateralism and multidimensional conflict – the use of unconventional and usually non-military means to attack and influence targets in the context of geopolitical objectives.

State actors can interfere with our democratic process, exploit our internal divisions, sow confusion and distrust through fake news, seek to harm our economy and turn information technology into a powerful weapon. In fact, today everything can be weaponized and combined to intimidate and destabilize. Fighting for their survival, authoritarian regimes will go to extraordinary lengths to maintain their grip and advance their geopolitical and domestic objectives. And in this new world, friend can turn quickly to adversary.

In light of these realities, we must rethink national security, national defence and foreign policy. In Canada, we need to prepare intellectually for multidimensional conflict, know our vulnerabilities and understand the playbooks of potential adversaries. When facing direct threats, we need to know when and how to respond, while avoiding the pitfalls of passivity and overreaction. While continuing to advocate for human rights and other fundamental values, as a middle power we also need to fully align and co-ordinate our objectives and actions with like-minded allies.

Multidimensional conflict has the potential to affect everyone. For our businesses, access to foreign markets and protection of intellectual property are essential to economic success. For the Canadian financial system in particular, which is on the front line of financial and cyberwarfare, extreme vigilance is the order of the day. The Canadian business community and the federal government need to work together to protect our country and our institutions from the malicious designs of foreign states. This includes increasing our cybercapabilities, limiting our vulnerability by diversifying our trade and monitoring the level of our government debt sold to foreign investors.

Preparedness for multidimensional conflict requires a level of government commitment and investment that is commensurate with the potential disruption and harm that could result in the event of a concerted campaign against Canada by a determined adversary. Since defending our country is the objective, funding for augmenting our cybercapabilities and building other relevant capabilities should be included in our overall defence budget and justified from the perspective of Canada’s commitment under the North Atlantic Treaty Organization to devote 2 per cent of gross domestic product for this purpose.

The most disconcerting aspect of the diplomatic incident with the Saudis is not so much its impact as the recourse to the multidimensional conflict playbook (also called hybrid warfare) that has become the default position for many states. The Saudis retaliated with a full arsenal of measures – trade sanctions, disruption of diplomatic relations, sale of Canadian securities, withdrawal of Saudi citizens from Canada and troll-farm tactics.

That is why this incident is such a call to action for Canada. Let us seize this moment to do what is necessary, both in terms of policy shift and administrative organization to ensure full preparedness. Enhancing our capabilities to better defend Canada and our democratic way of life in the new age of multidimensional conflict is imperative.

Louis Vachon is CEO at National Bank of Canada and initiator of an upcoming Research Program on Multi-Dimensional Conflicts at Montreal’s Raoul Dandurand Chair in Strategic and Diplomatic Studies-UQAM.

Opinion
How can we defend human rights while selling arms to Saudi Arabia?
September 10, 2018 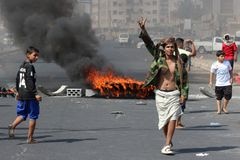 Opinion
The many travails of NDP Leader Jagmeet Singh
August 29, 2018 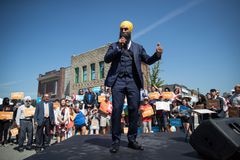 Opinion
From the comments: Readers engage in a well-informed debate over Saudi medical trainees and discuss the merits of strategic voting
August 28, 2018 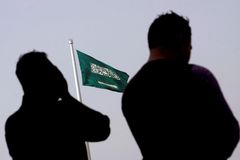