Danielle Goldfarb is head of global research at RIWI Corp.

The trade war is creating massive uncertainty for investors, businesses and policy makers in Canada, the United States and the rest of the world. The key question now is whether it will be long-lasting. Is there support for continued U.S. tariffs on Canadian and other countries’ imports? As Americans head into critical midterm elections in November, will they support a continued policy of tariffs on key trade partners?

Since late June, RIWI Corp. has been tracking U.S. support for continued tariffs. In a new study, RIWI data show there is a cognitive dissonance among Americans on trade. Half or more of the U.S. public does not hold strong convictions on trade. Whether asked about NAFTA, tariffs or trade, a consistent 45 per cent to 60 per cent of the almost 10,000 randomly engaged Americans to date do not know enough to say whether these are positive or negative for the U.S. economy. This ambiguity is broad-based across U.S. regions and unchanging despite tariff retaliation by Canada and others.

Since the majority of Americans do not oppose the tariff agenda, this provides fertile ground for a long-lasting trade war with few domestic political risks. Canada needs both to adjust to the very real possibility of a long-term trade war, while at the same time recognizing that there is a chance to shift ambiguous public opinion.

As a relatively small economy, Canada depends on trade to maintain and grow its living standards. This country has a strong stake in free trade with the United States, and in an open, rules-based global trading system. The United States has now imposed new tariffs on imports from Canada and from other key trading partners. Canada and other U.S. trading partners have retaliated with tariffs on U.S. products exported to their countries, in the hopes that the tariffs will negatively impact American businesses and force the United States to back down quickly. The resulting trade war is disrupting long-established regional and global supply chains, and raising consumer prices in the United States, Canada and globally. Perhaps costlier than the tariffs themselves is uncertainty over how long they will last. Uncertainty tends to cause delays in decision-making, as businesses wait until they have more clarity.

Will Americans support a continued trade war into the midterm elections and beyond? Data show that a steady majority of Americans are not against trade or in favour of tariffs. Half simply do not hold strong opinions. One out of two Americans is not even sure that trade with Canada – the largest export market for the majority of U.S. states – is good for the U.S. economy. This finding is consistent since June, despite a highly active period of new U.S. tariffs and retaliatory tariffs. That said, of the half of Americans that have an opinion, it is mostly a positive view of trade, especially so for Canada, and even for trade with China.

The lack of strong conviction among Americans on this issue actually provides an opportunity for a longer trade war. It means that the majority of the U.S. public is not opposed to the U.S. tariff agenda. Moreover, two in five Americans are willing to accept higher prices on household products in exchange for the promise of more U.S. jobs. So there is willingness to accept some short-term pain. This is not changing in response to tariff retaliation, at least not yet. Indeed, the data also show that half of Americans are consistently unaware of trade retaliation. We also find that those who believe Republicans will win in the midterms (a proxy for voting Republican) are much more likely to support an anti-trade agenda.

At the same time, the finding that Americans are not strongly anti-trade – and especially not anti-trade with Canada – presents an opportunity to shift opinion. In the run-up to the midterms, and as the effects of two-way tariffs kick in, it will be critical to watch whether U.S. views change or remain the same. The upcoming elections serve as a referendum on the U.S. administration’s policy positions – including foreign- and trade-policy positions – and a barometer of whether these policies will last into 2019. 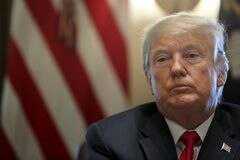 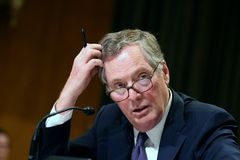 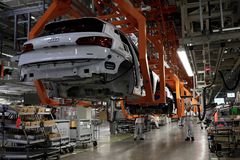