Conservative politicians have seized on the controversy surrounding Canada’s relationship with Saudi Arabia to push for the resuscitation of the Energy East pipeline project to New Brunswick.

Instead of cancelling a deal to sell light-armoured vehicles to Saudi Arabia – a move Prime Minister Justin Trudeau has suggested would carry billions of dollars in penalties for Canada – Conservatives argue the most effective way to sanction the Saudis is to stop buying their oil.

“We should be focusing on getting our oil to Eastern Canada so we’re not reliant on Saudi Arabia,” former Conservative international trade minister Ed Fast told The Globe and Mail after the Trudeau government announced it would suspend new arms permits to Saudi Arabia pending the outcome of an investigation into the murder of journalist Jamal Khashoggi.

Mr. Fast’s comments echoed those of Conservative Leader Andrew Scheer, who last week attacked opponents of the stalled Trans Mountain pipeline expansion, saying: “I don’t see them lining up and down the St. Lawrence [River] trying to block tanker after tanker of foreign oil coming into our markets from countries with terrible human-rights records, without anywhere near the same level of environmental standards that we have in this country.”

Virtually all of the oil Canada imports from Saudi Arabia is destined for the Irving Oil refinery in Saint John, Canada’s largest with a capacity of 320,000 barrels a day. A National Energy Board report this year noted that Saudi Arabia accounted for about 40 per cent of Irving’s oil imports in 2017, with the rest coming mostly from Azerbaijan, Britain and the United States.

TransCanada pulled the plug on its proposed Energy East pipeline a year ago after Ottawa imposed additional environmental tests on the project. The pipeline would have moved more than a million barrels a day from Alberta to New Brunswick, allowing for Canadian oil exports through the Port of Saint John and delivering domestic oil to refineries in eastern Canada.

Energy East faced massive opposition in Quebec, whose two refineries used little or no Saudi oil in 2017. Instead, since the reversal of Enbridge’s 9B pipeline in 2015, the Valero refinery in Lévis, Que., and Suncor’s facility in Montreal, have relied mostly on light and medium crude oil from Western Canada and the United States, with smaller amounts coming from Algeria.

Still, the election of a new Quebec government might make for a less hostile environment in the province towards Energy East, should its promoters decide to relaunch the project. In opposition, the Coalition Avenir Québec insisted it would be open to approving Energy East, provided the province received adequate royalties on the project.

Irving Oil was a strong supporter of Energy East and its president, Ian Whitcomb called the pipeline’s cancellation “a sad day for Canada.” It is unclear, however, whether the construction of Energy East would end Irving’s dependence on foreign oil, since price and grade – more than the country of origin – are the main factors determining what supply refineries choose.

A spokesperson for Irving did not return an e-mail request for information. But the experience of Quebec’s refineries since the 9B reversal, however, suggests that North American oil would displace most Middle Eastern crude at the Irving refinery if Energy East was built.

With the Trans Mountain expansion again stalled in the wake of a court ruling that has led to additional environmental reviews by the NEB and negotiations between Ottawa and First Nations, the Conservatives have promised to revive the Energy East proposal if they are elected in next year’s federal election.

Whether that is just an election ploy to win seats in Atlantic Canada, where the party was shut out in 2015, remains to seen. TransCanada has so far indicated no willingness to revive the $15-billion project, although that might change if a Conservative government moved to lift a Liberal-imposed requirement that the NEB take into account upstream greenhouse gas emissions in deciding whether to approve the project.

Until that happens, Canada will likely continue to import a lot of Saudi oil. 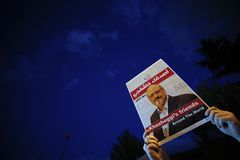 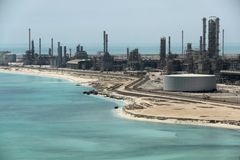 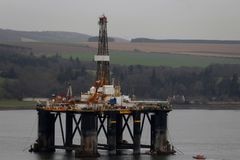