Tegan Hill, Jake Fuss and Jason Clemens are economists with the Fraser Institute.

During last month’s federal election campaign, many in the media – and in the Liberal Party – lauded the strength of Canada’s economy.

Such optimism clearly affected the campaign platforms of several parties who called for marked increases in deficit spending. In reality, however, Canada’s economy is much weaker and the risk of recession is increasing, which means any surge in discretionary government spending will erode federal finances if – perhaps more accurately, when – a recession arrives.

Perhaps more importantly, the consensus view of economists is that growth will slow in both the near and long term. The Bank of Canada, for instance, recently reiterated its long-term expectation that economic growth will decline to 1.3 per cent.

So where does the optimism on the economy come from? Two stats were frequently cited by the economic cheerleaders – including the historically low rate of unemployment, which currently stands at 5.5 per cent.

But the low rate is partly owing to fewer Canadians in the labour force because of our aging population. Subsequently, lower rates of job creation will still produce lower comparative rates of unemployment. Over the past decade, the share of the population in the labour force has declined to 65.4 per cent from 67.4 per cent. As a result, many economists have concluded that the unemployment rate is no longer a good barometer of the overall economy.

During the campaign, the economic cheerleaders also noted that “one million jobs” were created since 2015. Again, there are issues with using this headline number.

First, while 1.2 million jobs have been created, almost one-in-four of those jobs have been in the government sector. And half the provinces (along with the federal government) ran deficits in 2018, meaning that to a great extent, these new government-sector jobs have been financed by debt, calling into question their long-term viability.

In addition, the employment growth has been uneven. Since October, 2015, when the Liberals were first elected, approximately 75 per cent of employment gains have been in Ontario and Quebec. And within Ontario, the Greater Toronto Area and Ottawa have boomed, with total employment growing by more than 12 per cent and 7 per cent, respectively, between 2008 and 2016, while Southern and Northern Ontario have not yet fully recovered from the 2008-09 recession.

Add to these domestic economic woes what appears to be a softening U.S. economy and increasing trade tensions, and the risk of recession has clearly increased. All of which boosts the chance of federal finances deteriorating rapidly. The current deficit is expected to reach $20-billion this year, and the re-elected Liberals promised to raise the deficit to more than $27-billion – a 37-per-cent jump – to finance new spending. Their likely partner in passing the next federal budget, the NDP, campaigned on increasing the deficit to $32.7-billion.

Clearly, the new government should recognize the economy’s weakness and risk of recession and hold new discretionary spending to a minimum to protect federal finances to the greatest degree possible. 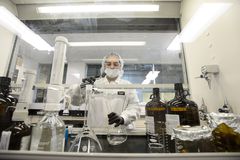