Robyn Gray is vice-president of environment at Sussex Strategy Group and lobbies on behalf of companies regarding energy and environmental issues.

The federal government is moving slowly toward embedding the principles of sustainable finance into mainstream operating practices for the country’s institutional investors and corporations.

However, Canada’s go-slow approach is being overtaken by international developments that could leave the country’s financial sector operating under rules formulated by foreign decision makers and Canadian corporations at a disadvantage in attracting global capital.

The federal government announced some tentative sustainable finance measures this past fall as it rolled out new climate change plans that aimed to put Canada on track to achieve net-zero carbon emissions by 2050. However, it must move more quickly.

At the same time, provincial governments, which oversee securities commissions in Canada, will have to take action to promote climate-related disclosure rules that are robust and provide comparable data to inform investment decisions.

Large institutional investors have become increasingly insistent in demanding that companies disclose their climate-related financial risks in a way that is both vigorous and allows for comparisons among their peers to enable investment decisions.

The Canadian oil industry is already seeing international investors back away from carbon-intensive areas such as the oil sands. A growing number of investment managers are demanding not only disclosure of climate-related risks, but also longer-term corporate plans that are consistent with net-zero carbon goals.

The market reality is clear: Failure to meet internationally-accepted environmental disclosure standards, with strategies to back them up, will increasingly eliminate Canadian resource companies from many major investment portfolios.

It’s not just Canadian oil companies that have to raise their game. Regulators, asset managers, banks and companies operating in sectors such as utilities and manufacturing are wrestling with the demands to adopt sustainable finance practices.

The financial industry in Canada has historically been very good at managing risk; climate risk can comfortably be included without upending the sector. The tools that are needed – climate scenario analysis, stress-testing portfolios, aligning compensation with aspirations – are being developed and some are already offered through advisory companies that have seen the writing on the wall.

In the United States, president-elect Joe Biden and his proposed Treasury Secretary Janet Yellen are expected to promote greater adherence among American financial institutions to the recommendations of the Task Force on Climate-related Financial Disclosures. Ms. Yellen serves as co-chair with former Bank of Canada governor Mark Carney on a “working group on climate change and finance.”

Britain has already imposed mandatory disclosure requirements on its banks and other financial institutions to ensure they are prepared for the wrenching transition to a net-zero-carbon economy over the next two to three decades. European countries are also acting.

That puts the ball in Ontario’s court.

As home to the country’s largest stock exchange, the Ontario Securities Commission has a special role in advancing climate-related risk disclosure but progress there has been stalled.

The task force delivered its final report at the end of the year, and newly installed Finance Minister Peter Bethlenfalvy should act.

Meanwhile, the Bank of Canada is working with the Office of the Superintendent of Financial Institutions, which regulates banks and insurance companies, to develop a set of climate change scenarios for Canada.

OSFI will also launch a consultation in January with the financial institutions it regulates and other stakeholders on how the companies should manage climate risk and what role the regulator should play.

Ottawa will also launch its public-private Sustainable Finance Action Council in January, with a broad mandate that includes “enhancing climate disclosures, ensuring access to useful critical data on sustainability and climate risks to inform decisions, and developing standards for investments to be identified as sustainable.”

At the end of 2021, Canada will participate in the United Nations’ climate conference, COP26, where the British host is expected to highlight the need for the financial industry to incorporate climate-related issues into mainstream operating procedures.

So the stage is set to put in place capital market practices and regulations that will enlist private-sector investment to accomplish net-zero goals. Governments – and finance industry leaders – should not shrink from the opportunity.

Let’s not forget the continuing fight against climate change - and the technical skills needed to do it
January 5, 2021 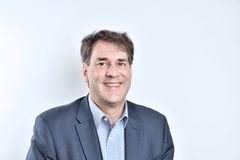 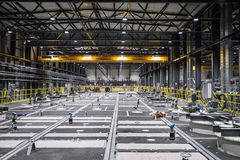 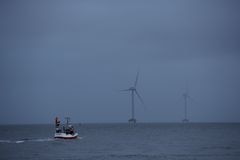