Canada is known for many things – hockey, health care, Justin Bieber – but not for savvy when it comes to intellectual property. We have produced some of the world’s most promising innovations, yet we are a perennial laggard in filing for patents and capturing the value of new technologies through IP licensing and commercialization.

Why are we so bad at capturing IP in Canada? Because only in rare cases have Canadian business successes been driven by IP and, as a result, IP is not prioritized by Canadian business leaders. Real estate, financial services and natural-resources moguls who advise emerging businesses have rarely attributed their success to IP. Winners in the past decade’s software boom have abided by the misconception that software cannot be patented. Rare is the Canadian business guru who espouses the importance of IP.

Even Canada’s most notable homegrown IP successes have ultimately been failures. The rises of Nortel and RIM were swift, owing to cutting-edge IP. Their demises saw Nortel’s patents divvied up among global competitors, while RIM paid billions of dollars to patentees the world over as it watched the likes of Apple and Samsung swallow its market whole.

But recent and compelling forces — both in human spirit and public policy shift — are giving Canada another shot at becoming a global leader in fostering, funding and capitalizing on our IP prowess.

Buoyed by expertise in such burgeoning fields as machine-learning, academic centres across the country have generated transformative research and spun off promising early-stage companies to capture the value of Canadian IP through ambitious commercialization. We finally have an edge. Yet we still haven’t figured out the IP part.

Tasked with a make-or-break innovation agenda, Innovation, Science and Economic Development Canada (ISED) recently unveiled its strategy for intellectual property — $85.3-million will be dedicated to IP education and awareness initiatives, strategic IP tools for growth and changes to IP legislation targeted at protecting Canadian businesses and research institutions. ISED gets an A for creativity. And, coupled with its commitment to basic research and industry superclusters, it gets an A+ for ambition.

But what among these policy tools will cause innovators to change their behaviour?

Innovators respond to incentives. Day after day, they must triage, hoping that they are focusing on the things that truly matter. Until now, the Canadian government has never signalled that IP truly matters. It has offered tax credits for research and development expenses, but excluded patents from these incentives. It offered self-help IP tools and a door-open policy, but no financial incentives.

Innovators have picked up on the government’s historically tepid approach to IP and attitudes toward IP among Canadian innovators are generally more negative than south of the border. This divergence is dangerous for Canadian companies, who unwittingly find themselves in the crosshairs of U.S. patent holders. The policy tools introduced by the Canadian government will begin to change attitudes toward IP among Canadian innovators.

To be sure, the IP strategy creates a robust IP substructure for Canadian businesses motivated to use IP to their advantage. Industry superclusters will be enabled to create world-class IP pools and Canadian companies will, for the first time, strategically embed their IP in global technology standards. While going on offence, Canadian companies will also be protected against foreign IP trolls that use patents and trademarks for ransom. The IP strategy provides a much-needed reset — had it been in place during Nortel and RIM’s era, perhaps they would have thrived.

But none of this will change the way innovators behave. They will still wake up in the morning and fight the fires that kindled overnight. Patent collectives, IP marketplaces and standards organization, and basic IP literacy initiatives will not register on their radar. Canada’s IP strategy, as currently conceived, will not take our innovators to the IP tipping point.

To change behaviour, clear incentives to protect IP are needed. Innovators seek to get the most out of every investment dollar. Several tried and tested incentives — some modest, some more ambitious — have been presented to government to help promote protection of IP to researchers, small businesses and large enterprises alike. These include a commercialization coupon that would associate IP protection funding with research grants, a first-patent program to help small businesses file their first patent and a patent box to provide tax incentives for commercialization of Canadian IP.

The Canadian government was well aware of these incentives, as all of these options had been recommended to them by stakeholders and in reports of parliamentary committees. Yet they remain on the shelf in favour of a government-driven infrastructure intended to provide a foundation for Canadian competitiveness.

It may be that the IP strategy announced this week is just the beginning. That, as ISED puts meat on the bones of their skeletal policy announcements, more help will be provided to innovators. But for now, Canada’s innovator class will continue with business as usual — with IP on the back burner.

Why it’s so important for Canadians to be able to leverage their intellectual property
April 30, 2018 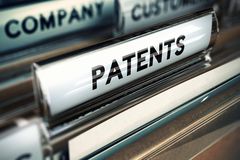 What’s in Ottawa’s new Intellectual Property strategy: the details
Subscriber content
April 25, 2018
Follow us on Twitter @globebusiness Opens in a new window
Report an error
Due to technical reasons, we have temporarily removed commenting from our articles. We hope to have this fixed soon. Thank you for your patience. If you are looking to give feedback on our new site, please send it along to feedback@globeandmail.com. If you want to write a letter to the editor, please forward to letters@globeandmail.com.
Comments