There is a global arms race for artificial intelligence-related intellectual property. The United States and China are amassing thousands of patent filings related to AI and machine learning. Not coincidentally, these nations are the ones determining whether AI and its many applications can be the subject matter of patent protection.

At the same time, Canada has been heavily investing in innovation. The federal government is planning $950-million in supercluster investments, featuring partnerships with major multinationals that are behind the increase in AI patent holdings, such as Microsoft and Uber. This is in addition to $250-million in planned spending by provincial and federal governments on creating AI labs such as the Vector Institute and additional funding for various incubators and accelerators.

The hype surrounding R&D funding has not translated to commercialization of AI outside of a small handful of domestic high-growth companies, such as Hatch and Sightline Innovation. This confirms what we already know: Innovation and IP funding announcements alone are not a strategy for growth. What Canada needs is a strategy to own its AI innovations and turn them into prosperity engines for the Canadian economy.

Lost in the hype around Canada becoming an AI hub is an absolute lack of follow-through to ensure intellectual property (IP) rights are preserved for current and future Canadian commercialization needs. There is currently no strategy in any of the taxpayer-funded programs ensuring IP ownership is maintained for the benefit of the Canadian economy. In response to concerns about the IP ownership in such funding structures, the 2018 federal budget allocated $85-million in funding over five years to develop an IP strategy, which includes a patent collective aimed at improving freedom to operate for Canadian companies and a request that the superclusters consider the IP ownership issue.

Yet in the past few months, as in the decades before, there has been little substantive movement to increase IP ownership among Canadian companies. Unless Canada develops a meaningful strategy for building valuable IP stocks in AI, current innovation funding will have no lasting IP benefit for Canada.

Even Canada’s university lobby, which touts success as funding announcements are made for research, plays along as Canadian taxpayers’ innovation dollars are funneled offshore by helping generate IP for technology giants such as Microsoft, IBM and Alphabet. In fact, late last year Alphabet’s chairman thanked Prime Minister Justin Trudeau for Canada’s publicly funded AI innovations, which the company now uses “throughout [its] entire business and it’s a major driver of [its] corporate success.” As a result, Canadians now have the privilege of paying for the technologies they funded to create.

Companies such as Alphabet, Huawei and others will continue to partner with Canadian universities and use Canadian taxpayer-funded technology to their global advantage: Of the 100 or so machine learning-related patents that have been developed in Canada over the past 10 years, more than half have ended up in the hands of foreign companies such as Microsoft and IBM.

So despite the ribbon-cutting, funding announcements and hype about Canada’s AI prowess, our country has yet to make tangible progress in positioning Canadian companies as the next global leaders in AI.

To reverse the status quo, Canada’s IP strategy must include at least four key tactics: (1) IP generation, ensuring that Canadian firms own valuable IP and data stocks; (2) IP retention; (3) freedom to operate strategies for our innovative high-growth companies; and (4) alignment of the national IP strategy with the national data strategy.

Canadian companies need to generate IP over new commercial aspects of AI that the holders of the fundamental IP will ultimately have to license for strategic leverage. Canada also must retain rights in publicly funded IP to ensure that IP generated at research institutions can’t be used against Canadian companies. As Canada has already ceded ground in IP ownership, the strategy must include an AI-focused patent collective to increase the freedom to operate for Canadian companies.

Finally, the IP strategy needs to be closely tied with the national data strategy. A shrewd IP and data strategy for AI will capture downstream economic growth from the use of publicly-sourced data via strategic patenting and data access terms. Prompt action on this topic is needed; for example, the Toronto Sidewalk issue, where Alphabet is actively trying to control the IP, gives little or no IP benefit to Canada’s investment. Having a patent collective outline fundamental IP and a data trust set governance policies that must be adopted in order to receive certain funding are two mechanisms to prevent this Smart City issue from becoming a Canadian innovation failure.

The time to act is now. The IP that has been created and is being created now will lay the baseline for which nations will prosper from the economic boom coming in transformative all-purpose technologies such as AI. Despite the capacity demonstrated by Canadians for developing AI technology, the countries that own the IP will be the ones to profit and grow their economies. Canada’s IP and innovation strategy needs to be supported by actions that have real impact on Canadian businesses and institutions, and ensure Canada maintains the IP rights to the billions of dollars of investments our taxpayers have already made and continue to make in the name of innovation.

Editor’s note: Alphabet is not part of Canada's $950-million superclusters program. An earlier version of this article incorrectly included it in a list of multinationals that are part of the initiative.

Opinion
Artificial intelligence is the future, and Canada can seize it
January 7, 2017 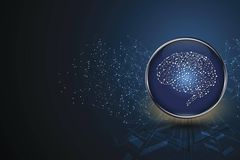 Opinion
Why Canada should adopt a national IP strategy
July 23, 2016 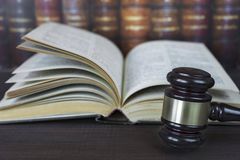