With proposed reforms to all of Canada’s main IP statutes, the government is taking the lead in combating the dark side of intellectual property protection. Since abuse of intellectual property rights may inhibit companies from innovating or discourage Canadians from taking advantage of the digital market, crafting rules that address misuse can be as important as providing effective protection.

The Supreme Court of Canada identified the need to address excessive protection in Théberge v. Galerie d’Art du Petit Champlain Inc., a 2002 copyright case that warned “excessive control by holders of copyrights and other forms of intellectual property may unduly limit the ability of the public domain to incorporate and embellish creative innovation in the long-term interests of society as a whole, or create practical obstacles to proper utilization.”

An obvious example arises from the misuse of Canada’s copyright notice-and-notice system, which was formalized in 2012 to allow rights holders to forward allegations of online copyright infringement to internet users through their internet service provider. The system was viewed as a win-win approach since it promised to deter infringement through education rather than legal threats.

Yet within hours of taking effect, anti-piracy companies began sending notices that included settlement demands backed by threats of litigation. The government advised the public that there was no requirement to settle, but the absence of regulations opened the door to widespread misuse. Mr. Bains now says the government will amend the Copyright Act to ensure settlement demands are excluded from the notice-and-notice process, thereby restoring the original intent of the system.

The IP strategy will also address misuse that arises from patent trolling and trademark squatting. Patent trolling refers to instances when companies that had no involvement in the creation or invention of a patent demand licences or other payments from legitimate companies by relying on dubious patents. Studies indicate that patent trolling has a negative affect on innovation and is a particularly big problem in the United States, which tends to be more litigious than Canada.

The government plans to combat patent trolling by amending the Patent Act to create new minimum requirements for patent demand letters, which should discourage the sending of deceptive letters. The rules will also require that letters include minimum standards of information to better allow recipients to assess the merits of the claim. The government had been considering measures to address patent trolling for several years, and the IP strategy provides an ideal mechanism for doing so.

Similarly, the government is planning to address a trademark misuse concern identified by experts when the law was last amended. Trademark squatting arises in instances where rights holders register but do not use their marks, potentially as a defensive mechanism to keep others from acquiring or using them. Mr. Bains plans to change the law to require trademark owners to use their marks within three years if they wish to enforce the rights associated with them.

The inclusion of anti-IP abuse rules within a broader package of IP strategy reforms points to the realization that overprotection of IP can be just as problematic as underprotection. While policy debates around intellectual property typically involve pressure to escalate IP protections and safeguards, the government has rightly recognized that misuse of IP rights can also have a significant chilling effect on innovation, leaving consumers and smaller innovative businesses caught in the crossfire. 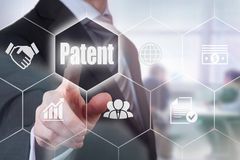