Alex Kotsopoulos is vice-president of projects and economics at RSM Canada.

Why did grunge music emerge in Seattle? Business strategists and development economists may have an answer that can at least partially explain why, and it relates to something called regional competitive advantage.

Regional competitive advantage is the “secret sauce” that enables regions and industry clusters to compete on a global scale. The same concept can be used to explain why Silicon Valley emerged around San Francisco or why Southern Ontario’s Toronto-Waterloo corridor is emerging as one of the premier innovation ecosystems and technology clusters in the world.

Silicon Valley and other technology clusters share several traits, namely the presence of world-class academic institutions, stable innovation-based government funding and venture capital. However, the Toronto-Waterloo corridor is unique because of its ability to attract highly skilled people and businesses from around the world, Canadians’ positive attitudes toward immigration and Canadian multiculturalism, which embraces diversity as a strength.

Canada is a proud country of immigrants, and despite sharpening rhetoric around the world, the cultural mosaic celebrated in our communities remains core to our global brand. This is critical, and not simply because of the social and cultural benefits we gain from vibrant cultural diversity.

As multilateralism has ceded favour in recent years to closed borders and protectionism, Canada’s aggressiveness in attracting skilled immigrants has strengthened our economic resiliency in the face of darkening global economic storm clouds.

Based on the RSM Canada Financial Conditions Index, both the investment climate and overall economic growth will continue to see a sluggish pace over the next year. Middle-market businesses are watching closely as optimism around the 10-year bull market run has given way to grim daily indicators. U.S. inverted yield curves and potential contractions in key sectors are generating fears of a recession, and more significant still is a looming trade war between the United States and China.

A trade war of any duration or intensity will have significant adverse effects for Canada, and preliminary RSM Canada data suggest the impact on a relative basis could be more significant here than for either global superpower.

Given this reality, and ahead of a critical federal election, we need to reflect on what Canada has done well to develop a resilient, skills-based economy, as well as on weaknesses that might limit our full potential.

Canada’s knowledge base is undeniably a major strength. Our culture of openness is helping to foster Toronto’s establishment as the physical – and perhaps eventual intellectual – centre of the North American tech-based economy. Toronto is the fastest-growing North American metropolitan area and home to many new-economy corporations. With the ascension of Vancouver as a tech centre, burgeoning IT corridors in Calgary and Ottawa, and Montreal fast becoming a hub for artificial intelligence, our skilled talent is not only diverse but also clustered in regions throughout the country.

This is an important differentiator.

At a time when the number of new economic class residents in the U.S. has plummeted to more than 40 per cent below its 2005 totals, Canada has introduced programs including fast-track visas to double down on skilled immigrants. In the past year, growth in employment in technology in the Greater Toronto Area has outpaced American tech hubs on an absolute basis. International enrolment at our colleges and universities is at an all-time high, with many students choosing to extend their stays into skilled employment. And foreign investments in our information and communications technology (ICT) industries shot up 21 per cent between 2017 and 2018, according to Statistics Canada.

While Canada’s digital economy knowledge base is stronger and more diverse than at any time in our history, we continue to lag in global rankings of overall digital competitiveness. Our existing technological infrastructure struggles to keep pace – the Organisation for Economic Co-operation and Development ranks Canada 27th among countries with fibre connections in total fixed broadband and 12th in terms of average broadband speed among OECD countries. And, as the International Institute for Management Development argues, our economy’s readiness and preparedness to fully assume a digital transformation has yet to catch up to the research and skills of our people.

During the election campaign, federal leadership hopefuls should explain their plans to strengthen our technological infrastructure and help further prepare the overall economy for digital adaption. Our welcoming attitude has us brimming with potential like never before. If Canada is to fully embrace this unique growth opportunity, we need to hear crystallized plans for modernizing our tech infrastructure, and our economy’s overall ability to adapt to a digital economy, as well as additional ways to prepare Canada for the rocky road to come.

Canadian multiculturalism and the embracing of diversity that comes with it, is a key ingredient in what has propelled the growth of the Toronto-Waterloo innovation ecosystem. Ensuring that Canada maintains this openness will be critical to the region’s and Canada’s ongoing success.

In the meantime, I am still trying to figure out the factors that led grunge music to originate in Seattle. 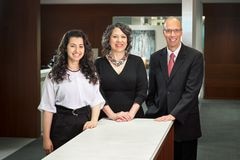 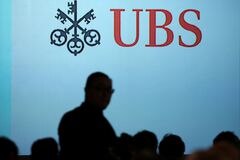