You would be hard pressed to find anyone who thinks Canada’s tax system is in working order.

The business groups calling for a comprehensive review of our tax system represent more than 200,000 companies of all sizes across Canada, as well as more than 210,000 tax experts and more than half the value of the Toronto Stock Exchange.

International organizations – including the Organization for Economic Co-operation and Development (OECD) and International Monetary Fund – have said it is time for a careful rethink of Canada’s competitive position in a rapidly changing international tax environment. Even some Canadian politicians are calling for a review, with both the House of Commons finance committee and the Senate committee on banking, trade and commerce saying our tax system needs a complete examination.

So why do governments keep putting it off? There seems to be a deep-rooted misconception that comprehensive reform is too complicated, would take too long or is simply not possible. Those fears are misplaced. A number of other countries have undertaken reviews of their tax systems in recent years using a variety of models that we can learn from. Not only is tax reform possible, but Canada is late to the game. Here are three recent examples of OECD peers that offer Canada a realistic road map.

First, there is the Mirrlees Review of Britain’s tax system, which was conducted outside of government by a panel of tax experts, academics and tax law specialists. The review, which was named after its Nobel-prize winning chair James Mirrlees, was led by the Institute for Fiscal Studies, an independent think-tank, with funding from academic and charitable grants. Conducted between 2006 and 2010, the review’s recommendations have gone on to influence tax system design, including merging income tax with national insurance contributions, creating a Universal Credit for social benefits and simplification of the tax system overall.

New Zealand employed another model that was co-ordinated by the Victoria University of Wellington, supported by the government and resourced by the Inland Revenue and Treasury ministries. Operating outside the government’s committee framework, a tax working group was created as a joint effort by government, academic and tax professionals to complete a comprehensive review between 2009 and 2010. The recommendations resulted in a major tax system overhaul, including a reduction in corporate and personal tax rates and an increase in sales tax.

For a lesson on what to avoid, we can learn from the Henry Review, which made tax recommendations for Australia to deal with the fiscal policy challenges of the 21st-century. The review, chaired by then-secretary of the treasury Ken Henry, was conducted entirely inside government with a panel of external advisers between 2008 and 2010. Failure to include sales tax in the scope of the review may have doomed it from the start by limiting its comprehensiveness. In the end, the government was criticized for selectively choosing what recommendations to implement from a holistic package of systemic reforms. The general consensus was that centralizing the review within the Treasury prevented access to diverse perspectives from both inside and outside government.

Opinion: As a startup, are you taking full advantage of tax breaks?

Canada’s uncompetitive tax system is an issue of great importance that affects all Canadians and the economy as whole, necessitating a governance body that reflects the weight of this problem. The Canadian Chamber of Commerce believes a Royal Commission is the best option to conduct a comprehensive review of taxation in Canada.

Royal Commissions are arm’s length from government, preventing any one department from unduly influencing the outcome and ensuring that perspectives from a broad range of experts, with no vested interest in the outcome beyond a better, more efficient and equitable tax system, are heard. They also generally include a date by which the commission must complete its inquiry, ensuring our tax system can be fixed in a timely manner.

The Chamber recently released its report, 50 Years of Cutting and Pasting: Modernizing Canada’s Tax System, based on a year of consultations with businesses from all sectors and regions of the country. Our members believe we need a new Royal Commission like the Carter Commission that helped design the foundation for our current tax system in the 1960s to create a modern tax system for the economy of today and tomorrow. The inquiry should explore the most effective tax policy solutions, such as adjusting the tax mix to better promote investment and growth, bridging the digital tax divide to ensure a fair and equitable tax system, and providing a representative for small business to resolve conflicts with the Canada Revenue Agency.

Canadian business is on the same page when it comes to the need for a comprehensive review. To win their support in this important election year, politicians will have the show the boldness, foresight and conviction to address this taxing issue. 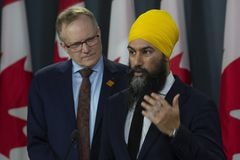 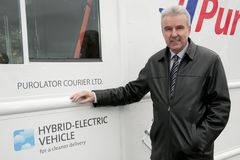 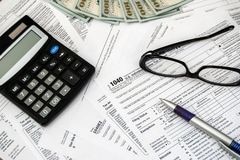