Parisa Mahboubi is a senior policy analyst at the C.D. Howe Institute

Job quality and compensation are key determinants of living standards. Workers in non-standard jobs are particularly vulnerable as a growing number find themselves precariously employed. The government can protect this group by offering more equitable access to both employment insurance and job-training programs to better address income and employment insecurity.

Traditionally, preferred jobs are stable, well-paid and full-time, with access to benefits. On the other hand, precarious employment often offers low pay and is relatively insecure and unstable.

While employment precariousness can be found in many categories, several types of non-traditional employment are more likely to capture its features: temporary positions (including term or contract, casual or seasonal work), part-time positions, full-time employment with multiple jobs and unincorporated self-employment.

While full-time permanent positions remain the norm in Canada and the share of precarious employment in total employment has been relatively stable since 1997 at around 34 per cent, there are some alarming shifts in the labour market that require special attention.

First, there is a growing absolute number of workers in precarious work, which has climbed by 1.5 million from 1997 to 2018, even as the proportion has remained the same.

Second, full-time but temporary employment has grown by 63 per cent since 1997, outpacing the 36 per cent increase in total employment.

While term or contract employment, either full- or part-time, has always been the largest component of temporary employment, there has been a shift toward more contract work over time. In particular, the number of Canadians employed in these types of jobs has almost doubled, with contract work as a share of temporary positions rising from 46 per cent in 1997, to 53 per cent in 2018.

Indeed, while trends in precarious employment are driven mainly by the need for flexibility in business affected by globalization, technology development and economic circumstances, more Canadians desire flexible work arrangements. In particular, demographic changes such as aging, greater labour-force participation of women and an emphasis on higher education are playing key roles in this change. For example, older Canadians, who are generally living longer, healthier lives, have been a major contributor to the growth in part-time jobs and temporary work.

However, poor compensation and employment uncertainty negatively affect willingness to spend and also delay family formation, a home purchase and retirement saving. According to the Bank of Canada, precariousness is strongly associated with greater non-formal activities to earn income in the labour market.

Learning from approaches to precarious employment in some European countries, as outlined in a recent C.D. Howe Institute study, highlights that Canada should turn its focus from rigid labour employment legislation that prevents job creation, to policies that provide proper supports for workers with precarious jobs.

Among unemployed workers, for example, the eligibility rate is lower for those who worked part-time because of a failure to meet a certain number of insurable hours worked in the 12 months prior to layoff, which depends on regional unemployment rates (420-700 hours). Since low unemployment regions do not necessarily have the largest share of part-timers, a universal weeks-based system can protect more part-time workers who work fewer hours a week.

These supports should not only include better-tailored financial protection during unemployment, but also targeted job-training opportunities for those trapped in unwanted precarious jobs to gain required skills. The federal government has introduced a new job-training program in its 2019 budget to provide partial financial assistance for skills development of employed individuals aged 25 to 64. This can be beneficial if the program can encourage skills upgrading among vulnerable workers.

While maintaining a dynamic labour market, the government should shift policies to protect the rising tide of workers who find themselves in insecure and non-standard jobs.

Flexforce workers serve business well, but how do they retire?
Subscriber content
February 4, 2019 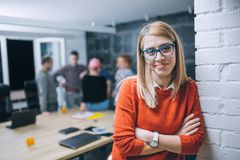 How job seekers can combat automation and temp work
November 2, 2018 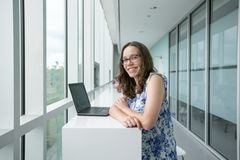 Opinion
Making short work: What to expect from the gig economy
July 26, 2018 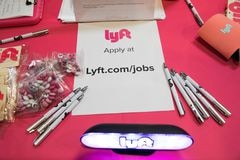