Tyler Hamilton works with clean-tech companies from across Canada as an adviser with the non-profit MaRS Discovery District in Toronto.

Three of Canada’s top clean-tech venture-capital firms – Cycle Capital, ArcTern Ventures and Chrysalix Venture Capital – made substantial progress on their goal of raising more than $700-million to invest in the sector.

On the global stage, Canada was front and centre: A record 13 ventures made it on to a prestigious list of the world’s highest-potential clean-tech companies, up from just two in 2010. Canada is now firmly on the radar of international investors as the clean-tech capital pool grows.

At the heart of it all are the entrepreneurs working to bring new energy and environmental technologies to market. What’s particularly encouraging is that the innovation pipeline is flowing stronger than ever. As more seasoned entrepreneurs get ready to scale the companies they have built over the past decade, a new generation of innovators is following in their wake.

Here are four companies to watch over the coming year.

Air-source heat pumps (ASHPs) have grabbed more attention lately as an affordable, climate-friendly alternative to heating homes with fossil fuels. Similar to central air conditioners, ASHPs are different in that they’re also capable of operating in reverse, absorbing heat from outdoor air and transferring it to an indoor space.

Stash Energy, based in Fredericton, has paired ASHP technology with energy storage and a smart thermostat. When power is cheap and in low demand, the system will convert electricity into heat that is stored in a salt-based solution. The heat can be extracted later to supplement heating needs during cold spells when ASHP systems alone aren’t as efficient.

Jordan Kennie, chief executive of Stash, said a number of utilities are currently testing the system. Results so far peg annual savings compared with baseboard heating at up to 70 per cent, and compared with systems that heat with fuel oil, up to 54 per cent. The technology also has potential to economically displace natural-gas heating, the next major step for reducing greenhouse gas emissions in provinces such as Ontario.

“This kind of storage, when paired with ASHPs, helps utilities manage rising demand for electricity and supply of renewable energy like solar and wind on the grid,” Mr. Kennie said. “At the same time, homeowners can save on their energy bill. Utilities win, customers win and the environment wins.”

Aquaculture is becoming an increasingly important way to feed our planet’s growing population. The United Nations estimates fish farms will need to supply two-thirds of the world’s seafood requirements by 2030. Right now, they supply about half of a global market worth $200-billion.

The challenge for fish farmers is that it takes a tremendous amount of energy to keep their stocks healthy and disease-free. Ponds and tanks need to be kept clean, well circulated and bubbled with oxygen. Running pumps and aerators to do this requires a significant amount of electricity – in some cases, representing a third of operational costs.

FloNergia, a company spun out of research conducted at the University of Guelph in Ontario, has cleverly designed a new type of submersible pump that eliminates the need for a separate aerator and can cut electricity use by up to 70 per cent. Simply blow air into the patented device and the air rises out of the top, pulling water with it to achieve a circulating effect that also adds oxygen to the mix.

It’s easier to move air than water, hence the massive electricity savings. Paul Subject, CEO of FloNergia, said it may be a simple device with no moving parts, but it will have a big impact in aquaculture and beyond. “We’re getting interest from other sectors including wastewater treatment,” he said. “It’s perfect for people who pump sludge.”

Graphene is a two-dimensional “wonder material” made of a single layer of densely packed carbon atoms arranged in a hexagonal chicken-wire pattern. It has remarkable properties, including being 200 times stronger than steel but six times lighter. It’s superefficient at conducting heat and electricity and is virtually transparent. It’s also completely impermeable to water or gases.

So massive is its potential, more than 13,000 graphene-related patents have been filed over the past two decades, including for graphene films that can be used to make better battery membranes, filters for water treatment, moisture-blocking packaging for food and coatings for preventing corrosion.

But it’s expensive and difficult to make thin graphene films that can cover the large areas required for industrial-sized applications, said Evelyn Allen, CEO of Waterloo-based Evercloak. “In the graphene world, ‘large area’ means bigger than four-inch wafers,” she said.

Evercloak is developing a way to make ultrathin graphene films using a continuous roll-to-roll printing process that would dramatically drive down the cost of making membranes, filters, packaging and coatings. The effects would be better and cheaper ways to store energy, desalinate water, preserve food and protect critical infrastructure.

In September, media reports began to surface of an interesting transit experiment in Belleville, Ont., a community of about 50,000 people located two hours east of Toronto. The municipality decided to discontinue its regular bus service along predefined night routes and instead try out a ride-hailing model similar to Uber or Lyft.

Using a special app, citizens could request where and when city buses picked them up and dropped them off, with the idea that it would improve transit service while lowering the cost of running it.

It worked so well that Pantonium – the small Toronto-based company that designed the back-end route optimization software for buses – has been inundated with interest from other municipalities around the world hoping to test drive the solution.

“Pantonium is now used in over 40 states and provinces in North America,” said CEO Remi Desa, adding that the software is also ideal for supporting employee ride-share programs. “Generally, when our clients switch from manual dispatching processes to Pantonium’s software, they see savings of up to 30 per cent on the operation of their vehicle fleets.” 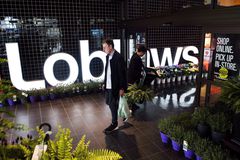 Smartphone refuseniks are a rare but happy breed
December 25, 2018 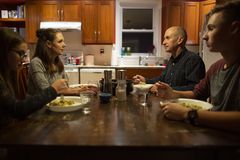 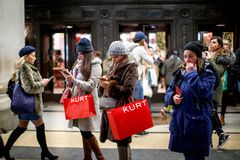