Mexico is undergoing a seismic political change. President Andres Manuel Lopez Obrador, who took office last December, promises a system that works for the many and not just the few. In this context, Canada is a crucial stakeholder. Specifically, the Canadian mining industry has the opportunity to be a key driver in achieving the sustainable development goals the Mexican government pledges.

Mining is a significant part of the Mexican economy and, according to Global Affairs Canada, roughly 70 per cent of foreign-owned mining companies operating in the country are based in Canada. Mr. Lopez Obrador has promised to scrutinize the treatment of Indigenous populations and the environmental impacts of mining. Many investors worry that the risk of contract cancellations and project delays are higher under Mr. Lopez Obrador. However, mining companies committed to sustainability and best practices will likely thrive in this environment.

After winning a landslide election, which included a majority in both houses of Congress, Mr. Lopez Obrador promised to rid Mexico of poverty, corruption, violence and inequality. He attributes these maladies to failed “neo-liberal policies” adopted in Mexico since the late 1980s. According to the Organisation for Economic Co-operation and Development, Mexico is among the most unequal countries in the world. However, under the policies with which the Lopez Obrador regime takes issue, Mexico has seen macroeconomic stability, free trade and open markets, which have resulted in significant levels of foreign investment.

Although moderate degrees of development have been achieved, efforts have fallen short of creating desired social welfare, thus leaving a space for violence and corruption to erode stability in the country. Approximately 50 per cent of Mexicans remain poor and particularly precarious are conditions for Indigenous peoples, who constitute 30 per cent of the Mexican population. It is these inequalities and vulnerabilities that Mr. Lopez Obrador has committed to reversing. The resulting risks and opportunities for the Canadian mining industry depend on the extent to which companies’ commitments and practices align with the Mexican government’s goals.

During the past 40 years, successive Mexican governments have not clarified the application of Indigenous consultation and social impact assessment in the context of mining (ILO Convention No. 169). This regulatory uncertainty means that according to CartoCritica, a Mexican non-governmental organization, today there are 137 active social conflicts in Mexico related to mining. Despite the benefits of sustainable mining for communities, stakeholders and shareholders, operations that have not respected human rights or established social licence have sparked conflicts that have led to lost investment and development opportunities. However, limited economic growth has prompted the need for balance in Mexico.

Since taking office, investors have distrusted the President because of perceptions of reckless decision-making such as the cancellation of the new Mexico City airport and pipeline arbitration with TC Energy Corp. In recent weeks, however, the Mexican government has begun to take a more pragmatic approach, agreeing to drop its suit against TC Energy and allowing private investment in the energy sector.

Mining is an industry where Mr. Lopez Obrador is clearly seeking to find that balance. As a hint to future public policy, the government has published guidelines that suggest comprehensive Indigenous consultation and social impact assessment. Interestingly, the Mining Association of Canada and its Towards Sustainable Mining initiative, have been actively cited in these publications.

As inclusive and sustainable development is front and centre in Mexico, the issue is not whether social concerns should be prioritized over private interests, but rather how to align both objectives to achieve inclusive development. In pointing to Canadian best practices as a standard, the Mexican government is acknowledging that mining is essential for economic development. Concepts such as “sustainable mining,” “previous, informed, and good faith consultation” and “adequate impact assessment,” are being used for the first time in Mexico.

This unique opportunity unites Canada and Mexico both in terms of economic development and investment interests, as well as the pursuit of common values. Implementation of sustainable business agendas in Mexico presents Canadian investors and business leaders in the mining industry with much-needed certainty in times of changing political tides. More importantly, there are undeniable incentives on both sides to drive best industry practices and strike a mutually beneficial balance for both countries. 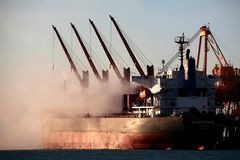 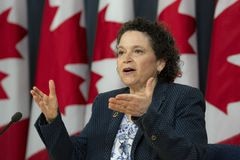 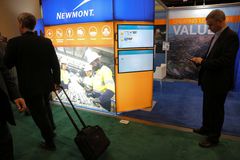