In a landmark decision, the EU Competition authorities blocked a proposed megamerger that would have created a rail-transport monopoly in Europe. French and German companies Alstom SA and Siemens AG claimed that impending competition from China’s equivalent company, CRRC Corp., was a threat to their business and necessitated the merger. Ultimately, European regulators chose consumer protection over perceived threats from globalized trade.

What’s remarkable about this decision is that, although modern anti-monopoly convention arose in North America during the first Gilded Age, today’s European regulators are far more protective of free markets and consumer benefit than our own antitrust agencies this side of the Atlantic.

The argument in favour of fostering homegrown monopolies to compete globally is likely to resonate with some Canadian firms. Small market sizes are often blamed for Canada’s need to enshrine oligopolies into the national economy. But regulators have silently looked on as waves of mergers in each subsequent decade since the 1980s have left some industries consolidated to a point never before seen in history. The Competition Bureau (and the Federal Trade Commission [FTC] and Department of Justice in the United States) have been asleep at the switch.

Today, we live in the second Gilded Age in which a few players dominate key industries. Most Canadians are aware of the major oligopolies: the airline duopoly of WestJet and Air Canada, which together control more than 80 per cent of the market; the banking industry, controlled by the Big Five (Toronto-Dominion Bank, Royal Bank of Canada, Bank of Nova Scotia, Bank of Montreal, Canadian Imperial Bank of Commerce); and the wireless industry, in which the three biggest companies (Rogers, Bell and Telus) collectively capture nearly 89 per cent of the market.

But fewer are aware of how industrial concentration has seeped into nearly all areas of the economy: eyeglasses, pharmacies, grocers and even funeral services. The net effect of this concentration is that as Canadians go about their daily lives, they transfer a bit of their paycheque to monopolists and oligopolists. And despite the “efficiencies” that should be gleaned from having relatively few major players within industries, Canadians continue to pay some of the highest global rates for international travel, cellphone packages and banking services.

This consolidation is, in part, why inequality has proliferated to such high levels in recent decades. As corporate power has concentrated, the labour force has become increasingly isolated and dispersed. Unionization rates for private-sector workers have declined and, most concerningly, studies now show a correlation between highly concentrated employment zones (often in rural towns) and a 15-per-cent to 25-per-cent decline in wages when compared with very competitive job markets. When corporations gain what’s known as monopsony power (one buyer), they can dictate employment terms.

The story of how we got here begins in the 1980s, when then-U.S. president Ronald Reagan relaxed the merger guidelines and ushered in a wave of deregulation. Reaganomics pushed a free-market agenda and an intentional intellectual capture of regulators began. As long as companies claimed that a merger would reduce prices for consumers, it was allowed. Efficiencies and economic gains would “trickle down” to consumers.

Simultaneously, antitrust enforcement has languished and is at all-time lows in the United States and Canada. Google, Amazon, Apple, Facebook and Microsoft have collectively acquired more than 436 companies and startups in the past 10 years, and regulators have not challenged any of them. Although the techlash is burgeoning, regulators are still playing catch up.

The digital disruptors of our modern era have ushered in this new age of monopoly: Google has 92-per-cent market share in internet search and Facebook controls more than 70 per cent of social networking. The internet was meant to be a decentralized platform dedicated to free exchange. Regulators have silently conceded as the decentralized, democratized internet transformed into a choke-point marketplace of two power brokers. It is difficult to overstate the threat to our democracy that the tech giants now embody.

Taken together, all of this means a dangerous cocktail has emerged: Corporate power is more concentrated than before, while the mechanisms to reverse this trend are defanged and ineffectual. This produces dire consequences for the economy. Canada and the United States have been plagued by declining entrepreneurship rates and weak business dynamism since the 1980s. Canadian firms also spend less on research and development than many of their developed-country counterparts. One can only assume that when large incumbents lack competition, there is less need to innovate or self-disrupt.

Lack of competition hurts startups, consumers and workers. Competition is an integral part of sustaining a thriving ecosystem of innovation and economic dynamism in Canada. Although the situation is critical, it is not irreversible. We have been here before, and took collective action politically to limit aggregated economic power.

To reverse the most pernicious effects of concentration, we need a return to rigorous antitrust enforcement and merger review from the Competition Bureau, the U.S. Justice Department and the FTC. Simultaneously, we need relaxed regulatory burdens on smaller firms, as regulation often strengthens dominant firms that have the resources to comply.

Workers would benefit from distributed ownership models, including ESOPs (employee stock ownership plans) and others which share the gains of economic prosperity more widely. And consumers should consider supporting local businesses rather than megacorps when possible.

Lack of competition is bad for capitalism, and if capitalists don’t fix these issues, others who are more suspicious of commerce’s central role in a functional society will do so for them.

It is time for the United States U.S. and Canada to put the brakes on the runaway train of merger frenzies and consolidation. Don’t leave disruption to Silicon Valley – we collectively must disrupt Canada’s oligopolies and restore competition to markets. Our economic vitality, and indeed democracy itself, depend on it.

Denise Hearn is co-author of The Myth of Capitalism: Monopolies and the Death of Competition, named a Best Book of 2018 by the Financial Times and endorsed by two Nobel Prize-winning economists. You can follow her work at www.mythofcapitalism.com and follow her on twitter @denisehearn_ 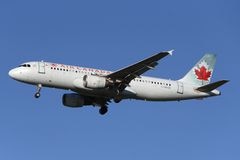 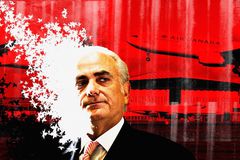 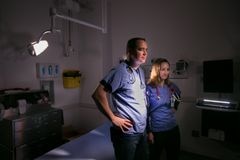