Controlling shareholders are getting no respect.

You’d think they’d enjoy the upper hand in takeover battles. But over the past few days, investors with large control blocks in Canfor Corp. and Hudson’s Bay Co. have been disappointed as minority shareholders spurned their offers, share-price reaction be damned.

Investors, it turns out, have found their mojo. By September, transactional activism, or opposition to company-sponsored deals, accounted for 37 per cent of activist shareholder campaigns in Canada, up from 8 per cent in 2018, according to Toronto-based Gryphon Advisors Inc.

“You have people who have surely bought the stock at prices above these offering prices, and they’re grumbling. It’s as simple as that," said Peter Letko, senior vice-president of Montreal-based Letko, Brosseau & Associates Inc., which opposed the privatization of Canfor. Minority holders rejected that deal on Monday.

“They’re disagreeing with the guy who’s trying to buy them out. They say, ‘If you’re going to buy me out I’m going to lose all this money. Forget it.’”

With Canfor, West Coast billionaire Jim Pattison’s Great Pacific Capital Corp. sought to buy the 49.1 per cent of the British Columbia forestry company he didn’t already own for $16 in cash, less than half of the stock’s 2018 peak.

Mr. Pattison’s offer attracted just 45 per cent of the minority shares, falling short of the rule in Canadian takeovers that most minority shareholders must vote in favour of the deal. On Tuesday, the market took a chainsaw to Canfor shares, cutting the price by 18 per cent to $12.77.

A few days before, Richard Baker, the New York-based executive chairman of HBC, looked headed for a similar result, as reports surfaced that his group’s $10.30-a-share privatization bid for the storied department-store chain failed to meet the necessary threshold.

Mr. Baker was saved by the bell. The $1.1-billion offer, proposed by his group controlling 57 per cent of HBC stock, did not come to a final vote, as the Ontario Securities Commission ordered the shareholder meeting postponed. That was in response to complaints about disclosure by activist investor Catalyst Capital Group Inc., which has a 17.5-per-cent stake. In the meantime, the stock has slipped below $8.75.

In both cases, shareholders were unimpressed by the controlling groups’ assertions that their cash provides the kind of certainty they may never get as investors in struggling public companies operating in industries under pressure.

Forestry and retailing fit those descriptions. Canfor has been beaten down over the past year and a half along with benchmark lumber prices. Despite a recent rebound, they are still down sharply as inventories increase owing to lower-than-expected U.S. housing starts and other factors. Just before Mr. Pattison made his plans public in August, the stock had fallen below $9. At first, it seemed likely that he’d be successful with a pitch offering investors a chance to stem their losses while the company attempts a turnaround away from public markets.

HBC, known for the Hudson’s Bay and Saks Fifth Avenue banners, has been caught in the downdraft of the traditional retail industry, hit by shifting consumer preferences and the rise of e-commerce rivals such as Amazon.com. Despite billions of dollars in asset sales and store closings aimed at righting the balance sheet, HBC keeps operating in the red. Catalyst and other dissidents say the bid undervalues HBC’s real estate portfolio.

The sharp drop in Canfor’s stock price in reaction on Tuesday was no surprise, Mr. Letko said. His firm’s bet is predicated on a long-term revival in lumber prices and demand as U.S. housing starts and the closing of sawmills in B.C. combine to create a more welcoming macro environment.

It’s been an active year for Letko Brosseau on the activist front. The firm pushed back against Air Canada’s takeover bid for Transat A.T. Inc., before agreeing to a sweetened $720-million offer last summer. Mr. Letko is outspoken in his opposition to Encana Corp.'s plan to move its headquarters to the United States in hopes of tapping a greater pool of passive investment. He says the oil and gas producer is turning its back on its Canadian investors in the process.

“It’s not an everyday occurrence. It just so happens that there’s been a bunch in the last little while. We feel that if we don’t speak out, we’re afraid we don’t know who will,” he said.

Judging by attempted buyouts over less than a week, it’s been enough to really complicate life for controlling shareholders who assumed that cash was king. 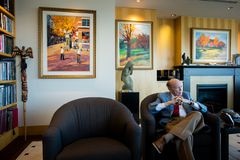 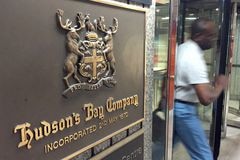