How do you lobby for a tax cut when you’re CIBC chief executive Victor Dodig, and your bank made a record $4.7-billion profit last year?

Simple: You make a compelling case that Canada is losing its edge, then pitch a change to the regime that only the wonkiest of policy wonks would understand. And you never, ever, utter the words “tax cut.”

Mr. Dodig took the stage over lunch Tuesday at the Empire Club to sound an alarm on Canada’s increasing lack of competitiveness, along with a plan to help the country realize its economic potential. While he highlighted sweeping U.S. tax cuts as a seismic shift in the business landscape, Mr. Dodig steered clear of urging the federal Liberals to follow suit.

In keeping with fellow CEOs who are banging the drum for government action – the top dogs at Suncor, Magna, Royal Bank and Sun Life have also recently pointed out that Canada is becoming a bad place to do business – the CIBC boss is not tone deaf. He knows that a Prime Minister who rarely completes a sentence without the words “benefit the middle class” is averse to slashing taxes on some of the world’s most profitable banks, or any other major Canadian company.

So instead of pleading for lower corporate taxes, Mr. Dodig took a moment in what was otherwise a big-picture speech to dive deep into the weeds of public policy. His one specific recommendation in a 20-minute address was that the federal Liberals “should allow companies to expense their capital investments within a one-year period – like it’s now done in the U.S.” Accountants in the audience nodded vigorously in agreement. The rest of the room looked puzzled and reached for a second bun.

Here’s what Mr. Dodig was talking about: Under U.S. President Donald Trump’s newly enacted rules, if an oil company spends US$500-million to upgrade a U.S. refinery, or an auto-parts maker drops US$200-million to expand an American plant, the company can deduct the entire amount in one year. The impact is dramatic: CEOs investing in U.S. businesses can slash their tax bills, which boosts annual profits.

In contrast, Canadian tax laws cap the deduction at 50 per cent in any one year, and typically spread the expense out over several years. That makes the Canada a less attractive place to invest.

Are the new U.S. rules a corporate tax cut? That’s certainly the way Mr. Trump describes them. But Mr. Dodig steered clear of the word “tax,” instead pitching the government by saying: “Changing the rules around the capital cost allowance would help level the playing field.”

Several lobby groups – the Business Council of Canada and the C. D. Howe Institute – have echoed Mr. Dodig’s recommendation, urging the federal government to revisit the tax rules. The Business Council, headed by former federal finance minister and current CIBC chairman John Manley, put out a report on Wednesday with accounting firm PwC that concluded: “The negative impact of U.S. tax reform on Canada’s economy could be 10 times greater than the potential fallout from NAFTA termination,” with $85-billion of economic activity and 635,000 jobs at risk.

CEOs know that tax cuts for the wealthy are a non-starter among federal Liberals. But changes to capital cost allowance? The optics are completely different. Finance Minister Bill Morneau has made it clear he’s open to that conversation as he meets with business leaders ahead of a fall economic update.

In Ottawa circles, there is a widespread belief that the Liberals were spooked this summer by polling results that showed Canadians are questioning the government’s handling of the economy, with U.S. trade talks bogged down and the Trans Mountain pipeline expansion hitting a roadblock. There is an expectation that Mr. Morneau will use the fall update to outline a response to the new U.S. tax regime and address concerns about Canadian competition.

New rules that allow larger, quicker deductions for capital investment are in the cards for Canada. Just don’t expect anyone to call it a corporate tax cut. 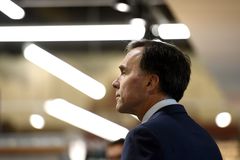 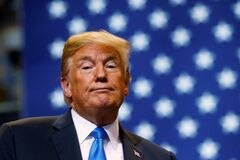 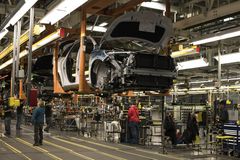