Wendy Dobson is a professor emerita at the University of Toronto’s Rotman School of Management. Her most recent book is Living with China: A Middle Power Finds Its Way

For the past 40 years, Canadians have accepted China’s planned economy as just a phase in its development. As China engaged with the rest of the world, we expected it would change, adopt liberal values and become more open and democratic. But when Xi Jinping presented his China Dream on becoming President in 2013, it became evident that his model of state capitalism and managed markets is fundamental to the Chinese system. It is we who must change and learn to live with China.

The U.S. administration challenges this model, defining China as an assertive rival who does not play fair, distorts markets, appropriates foreigners’ intellectual property and restricts investors’ market access. Canadians are caught in the midst of this intensifying rivalry between their two largest trading partners.

While proximity to the U.S. brings familiarity, Canadians have much to learn about China, beginning with Mr. Xi’s long game. His goal is for China to be a global power by 2050 – not by territorial conquest, but by influence and activities that shape the future global order. Consolidating his power and inserting the Communist Party’s control deeply into China’s economic life is intended to maintain political and social stability regardless of the economic costs of less innovation, risk taking and investment, and slower growth than market forces might deliver.

In today’s complex policy environment, Canada should have a forward-looking strategy led by the Prime Minister. In light of the current uncertainties about the future of the bilateral relationship, there should be at least five goals. First, clearly define our strategic interests as co-operation and accommodation rather than zero-sum rivalry. Recognize the fundamental reset under way in the China-U.S. relationship, commit to open relationships with both protagonists and co-operate with other like-minded governments in advocating the merits of co-existence and reciprocity.

Second, increase the opportunities for civic and educational people-exchanges and public education to increase Canadians’ familiarity with China. Australia’s use of white papers on foreign policy provide an example of an effective way to promote national discussions. Canada also faces the challenge of managing the cooling of relations following China’s arrests of two Canadians in retaliation for the detention in Vancouver of Huawei executive Meng Wanzhou.

Third, protect our sovereignty and national security. The policy debate about security concerns linked to Huawei’s 5G technology has intensified in reaction to evidence that the Chinese state accesses company data and as interest in Huawei technologies has grown in non-Western markets. Will the world divide into competing “‘technology blocs”? Canada’s decision on Huawei as a 5G supplier is pending, and under strong U.S. pressure for a ban. The implications for cybersecurity are growing in importance. Some experts argue that our interests could be better served by co-operating with like-minded countries to create a multilateral governance structure that includes China, agrees to internationally accepted boundaries for cyberwarfare and establishes multilateral rules of conduct in telecommunications.

Fourth, deepen our economic engagement in Asia and China. There are strong complementarities between Chinese interests in secure supplies of energy, food and natural resources and Canadian producers’ interests in secure demand. While Beijing has blocked shipments of canola and other goods, lobster sales have doubled and imports of Canadian goods have increased by 5 per cent over a year earlier. Potential for bilateral trade in services sought by middle-class Chinese can also be seen in the Beijing-based Canada Wellness Institute, a successful medical fitness facility which opened in 2015 in China and plans 100 locations across the country.

Formal trade talks are currently off the table due to the diplomatic chill from Ms. Meng’s arrest, and because of restrictions on signatories of the United States-Mexico-Canada Agreement (USMCA) negotiating free trade with planned economies. Sectoral talks are an alternative where officials have laid groundwork in seven sectors such as clean tech and agri-foods. Such talks could begin by liberalizing trade in these goods where businesses in both countries have common interests.

Fifth, manage the bilateral relationship as China becomes more influential and assertive. In Confucian terms, Canada is small and of limited significance. Our priorities are shifting from engagement to living with China as it is. We should co-operate where possible; find like-minded partners and network through multilateral alliances of governments and coalitions of civil society; push back against human-rights violations and inappropriate Chinese political influence; diversify trade to avoid excessive dependence on Chinese imports, as is evident in goods such as canola; press China to adopt laws and institutions consistent with global standards; and impress upon both Chinese and Americans that the current drift towards zero-sum rivalry is in no one’s interest.

Coexistence is preferable, involving both co-operation and competition. As other middle powers have found, living with China requires focus, patience and determination. Even more so given Canada’s unique challenges of living between the U.S. and China.

Opinion
How Canada breaks out of its China traps 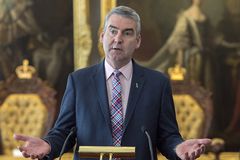 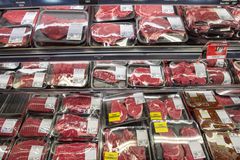