By now, coal, the dirtiest fossil fuel, was supposed to be well on its way to the industrial graveyard. Thanks, you nasty old brute, you gave us a century and a half of cheap electric power; now your time is up, for the sake of the planet.

Yet like a senior citizen with a new heart transplant, coal is getting a second wind and refuses to die. Prices and demand are soaring and fleets of new coal plants are under construction in high-growth parts of the planet.

All this is distressing for the Greta Thunbergs of the world, the environmental groups, the few enlightened governments that are ridding their electricity grids of coal-fired power, climate scientists everywhere and the hosts of the upcoming COP26 UN climate summit in Glasgow.

COP26 (the acronym stands for conference of the parties) is in trouble and shaping up to be a failure. The Climate Action Network, an umbrella environmental association with members in more than 130 countries, wants the event postponed, arguing the low COVID-19 vaccination rates in dozens of developing countries, as well as the high costs of travel and accommodation in Scotland, have made it impossible for the summit to be “safe, inclusive and just.”

The network has an absolutely valid point. Many of the poorest countries, such as sinking island states, are the biggest victims of global warming – a potential existential problem they did not create. Their voices need to be heard in Glasgow, but attending the summit may be health- and cost-prohibitive for them.

Coal’s refusal to die is the bigger issue, raising questions about the speed of the much-vaunted energy transition that was to see renewable energy greatly accelerate the phase-out of fossil fuels – coal, oil and natural gas – allowing most countries to achieve carbon neutrality by 2050 or 2060.

A year ago, mining companies and investors who valued coal for electricity generation and steelmaking seemed willing to accept the grubby fuel’s fate. Coal prices crashed during the pandemic. As the product’s once lavish cash flows dried up, investors were happy to see it shunted out of mining company portfolios.

Glencore, one of the world’s biggest mining and commodity trading houses, vowed to deplete its coal reserves over time. Some of its competitors announced plans to sell or spin off their coal divisions as part of their net-zero carbon emissions campaigns. Coal was giving away fast for renewable energy and environmentalists cheered. “Coal will never recover after coronavirus pandemic, experts say,” read a May, 2020, headline in The Guardian.

Energy predictions are often laughably wrong, and so it was with coal. Today, coal is distressingly undead and mining companies can’t supply enough of it. The price of Australian thermal coal (burned to generate electricity) has climbed more than 100 per cent this year alone and is up about 300 per cent from its pandemic low. Unofficial reports from coal traders suggest China will import about 10 per cent more coal this year than last year, reaching 220 million to 230 million tonnes.

Some 200 coal plants worldwide are under construction or have building permits, about a quarter of them in China, in spite of the country’s pledge to peak its emissions before 2030 and achieve carbon neutrality by 2060. In coal-loving southeast Asia, the average age of a coal plant is 12 years. Since the plants are typically decommissioned after 40 years, they have three decades to go, meaning their owners won’t let them die prematurely for the sake of a COP26 news release.

How to explain coal’s rally? The pandemic economic recovery certainly lifted prices, as did the demand for electricity for air conditioning in a sweltering year. Supply constraints helped. Some mining companies reduced coal production capacity during the pandemic, and China heightened the supply bottleneck by boosting safety measures in its mines.

All of this bodes poorly for COP26, whose organizers would love to deliver a deal to see the world’s biggest economies phase out coal by 2025. The July G20 summit of energy and environment ministers in Italy singularly failed to make any progress on that front. At minimum, the COP26 summit would like to see China end its financing of coal plants inside and outside its borders. But China is unlikely to end its role as lender of last resort for unrich countries that want a fast and cheap way to boost electricity production.

China would like recognition that, even though it is the world’s largest consumer of coal and producer of coal-fired electricity, its per capita emissions of greenhouse gases is still well less than half the average in America. China is also happy to point out the United States has more per capita installed coal generating capacity than it does.

The long-term trend for coal is still down, since renewables’ share of total energy production will climb over time as the technology costs fall. But in the near term, coal is here to stay, and that means COP26 will have to struggle hard to produce anything but a depressing final declaration. King Coal has yet to be dethroned.

Opinion
The U.S. is out of Afghanistan, and China wants in, hunting for green revolution minerals
Subscriber content
August 26, 2021 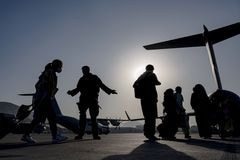 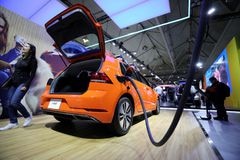 Opinion
The surging Delta variant will slow economic recoveries, and impatient governments are at fault
Subscriber content
June 27, 2021
Follow Eric Reguly on Twitter @ereguly
Report an error Editorial code of conduct
Due to technical reasons, we have temporarily removed commenting from our articles. We hope to have this fixed soon. Thank you for your patience. If you are looking to give feedback on our new site, please send it along to feedback@globeandmail.com. If you want to write a letter to the editor, please forward to letters@globeandmail.com.
Comments