Spoiler alert: Cogeco Inc. and subsidiary Cogeco Communications Inc. are not going to win this prize, because sources say they turned down an invitation to bid on Astound businesses that include a northeastern U.S. cable network that would dovetail neatly with the Montreal-based companies' expansion-hungry U.S. subsidiary, Atlantic Broadband.

There are two very different ways to react to Cogeco’s choice to stay on the sidelines. If you’re in the camp that says Cogeco executive chair Louis Audet would be well advised to accept a hostile takeover offer for the business his father founded in 1957, you’ll see Cogeco sitting out the latest round of cable industry deal-making as an indictment of the company’s growth strategy. It will be a sign the company cannot achieve scale in a business that’s all about eat or be eaten.

However, those willing to back Mr. Audet’s long-term vision will see the decision to steer clear of Astound as a sign of an executive team with hard-earned business acumen and patience.

Either way, when the Astound deal is announced, watch for it to become another weapon in an increasingly bitter battle that pits Mr. Audet against spurned suitors Altice USA Inc. and Rogers Communications Inc., which offered $10.3-billion for the two Cogeco companies earlier this month.

Astound is owned by TPG Capital, one of the largest U.S. private equity funds. TPG spent four years bolting together the company through acquisitions. Astound’s crown jewel is RCN Telecom Services Inc., which operates in cities such as Boston, New York and Philadelphia. Astound also owns cable businesses in Texas and on the U.S. West Coast.

In September, TPG put Astound up for sale. Sources in the telecom and financial industries told The Globe and Mail that Cogeco had an opportunity to bid, but decided to pass. Along with the size of the cheque required to close a deal, Cogeco executives could not get their heads around the valuation, said the sources, whom The Globe is not identifying because they were not authorized to discuss the matter.

If Astound does fetch the expected price, it will change hands at more than 10 times EBITDA. The price tag on Astound will likely set a new high for valuations on cable assets, with buyers subscribing to the theory that the pandemic will permanently boost customer demand for telecom services and borrowing costs will stay at rock-bottom for years. One of the largest U.S. telecom companies or another big private equity fund is expected to walk away with Astound.

Did Mr. Audet and his team make the right call by steering clear of this auction? Long-time Cogeco shareholders will point out that the market initially reacted with horror when Mr. Audet bought Atlantic Broadband in 2012 for US$1.36-billion – the stock sold off sharply because of fears Cogeco overpaid.

Since then, Cogeco has won over skeptics. Atlantic Broadband has made five significant acquisitions, including two deals of US$1-billion-plus. In recent years, Cogeco stock outperformed that of rivals Rogers and Altice. The message from Mr. Audet is that a steady stream of reasonably priced acquisitions is the way to build a company that can think about growth over generations because of its dual share structure. It’s a well-reasoned argument.

However, Altice and Rogers will point to the Astound deal as a clear sign that Cogeco cannot keep pace with deep-pocketed U.S. rivals. (The same challenge faces Altice, which founder Patrick Drahi took public on the New York Stock Exchange in 2017 and positioned as an acquirer.)

The would-be buyers will hold out a carrot, promising a richer offer for Cogeco if Mr. Audet is willing to negotiate. And the suitors will wave a stick, pointing out that Cogeco faces ever increasing competition, with its domestic cable business increasingly vulnerable to rivals such as Rogers and BCE Inc. that can bundle wireless with TV and internet services. There’s a valid case that this is the best of times for Cogeco and its value can only decline.

Yet Mr. Audet, at the age of 68, has spent his career being told Cogeco is too small to compete, first in Quebec, then in eastern Canada and now in the United States. And for most of that career, Cogeco’s footprint expanded and its stock price went up. A blockbuster deal for Astound – a business built to be flipped – isn’t likely to change the way Cogeco’s leader thinks about his company. 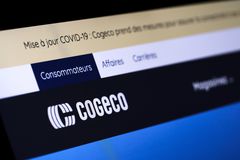 ‘It’s never only about the money’: Past deals hint at tactics for Cogeco’s suitors
Subscriber content
September 11, 2020 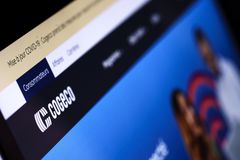