If you ask the stock markets, news of Pfizer’s successful late-stage trials on a COVID-19 vaccine has changed everything. The dark clouds of uncertainty over the future course of the pandemic have parted, a bright beam of optimism is suddenly shining through.

From their view, the prospect of a highly effective vaccine beginning to roll out within weeks – quite possibly before the end of the year, almost certainly early in 2021 – barely moves the needle on an economic outlook that was already expected to brighten over the next year. We’ll still be grappling with a badly scarred economy that a vaccine can only partly heal.

Are the markets wrong? Well, in a sense, yes. But in another sense, their enthusiasm reflects an important factor in the economic recovery that the numerical calculations of economic forecasters can’t quite capture: confidence.

From a number-crunching perspective, it would certainly appear that the stock market exuberance – as of noon Wednesday, the S&P/TSX Composite Index had gained 500 points, or more than 3 per cent, since the Pfizer news broke – is hard to reconcile. A straw poll that my colleague Matt Lundy and I conducted this week showed that Bay Street’s own economics departments see nothing in the news that would justify upgrading their 2021 economic forecasts. Not yet, anyway.

Pretty much every projection already has baked into it the assumption that an effective vaccine will roll out next year. At best, the economists told us, the Pfizer news might move up a full rollout of vaccine by a few weeks – perhaps late in the first half of the year, rather than in the second half, as most economic forecasts have assumed. That might mean that a return to an essentially fully open economy might occur one quarter earlier than current projections anticipate. Still, they said, this would largely be a case of pulling forward growth that was already expected once a vaccine was widely available and pandemic restrictions could finally be lifted – it wouldn’t necessarily translate to additional growth.

Meanwhile, the potential impact of an early arrival of a vaccine has to be weighed against the prospect of a slower-than-expected end of this year and start of 2021, as the swelling numbers of COVID-19 infections prompt a return of stricter restrictions on businesses and consumers. In terms of economic forecasting, we’re in a bit of a glass-half-empty, glass-half-full moment.

All of this suggests that equity traders overreacted to some good news – not the first time markets have proved less than well-anchored to realistic economic expectations. But that would be misunderstanding what is driving market movements in the current crisis – indeed, what dominates the markets in most crises.

It’s not about economic fundamentals. It’s about confidence, and risk.

The markets interpreted the Pfizer news as considerably improving the likelihood that the outlook – for the economy and, by extension, for the companies that make up the stock market – will hold, that it won’t get sideswiped by major setbacks in expectations for a vaccine. Greater confidence in the outlook reduces investor risk, and that justifies putting money into the stock market, even if the outlook hasn’t changed one iota.

Stephen Poloz, former governor of the Bank of Canada, said the market’s sensitivity to confidence shouldn’t be viewed as something divorced from the economic outlook. In fact, the markets are tapping into an important element in sustaining the recovery.

“If you’re concerned about a recession that lingers, it’s usually confidence-driven," Mr. Poloz said in a telephone interview. Indeed, he witnessed that first-hand in the years after the recession of 2008-09, when fragile business confidence was shaken again and again – a key factor in the unusually slow and stilted recovery that followed.

He argued that today, the uncertainties associated with the second wave of the pandemic could threaten to undermine consumer and business sentiment – which would stall growth. To that extent, the vaccine news does, indeed, lessen the risks to the economic outlook.

“It gives people more confidence that there’s a light out there,” he said.

Some Bay Street economists did acknowledge that the vaccine announcement might shave some of the downside risk off the forecasts. But they’ll need to see more concrete news on what it means for timing of the vaccine before they’re ready to roll up their sleeves and revisit their economic projections.

“I suspect that overall forecasts will remain in Missouri – i.e. ‘Show me,'" said Doug Porter, Bank of Montreal’s chief economist. 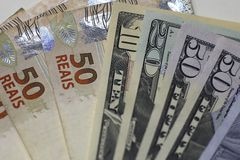 Three Canadian stocks to ride a surge in global profit growth. Plus, Rosenberg on how the Pfizer vaccine has reshaped the outlook for investors
November 11, 2020 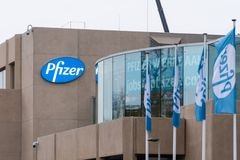 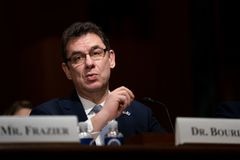