Mark Milke is the author of multiple studies on the economics of subsidies to business.

One of the great myths circulated by the anti-energy crowd in Canada is that the energy sector is heavily subsidized by taxpayers. Instead, as I found in my 2017 study for the Canadian Taxpayers Federation, and as economist and taxation expert Jack Mintz has long argued, the claims are inflated based on a misuse of tax expenditure data.

But if such taxpayer subsidies are rarer than reflexive energy critics assert, it turns out that Alberta Premier Rachel Notley and Alberta Opposition Leader Jason Kenney are about to give succour to the critics’ accusations. Over the weekend, both said the Alberta government should take a financial stake in Kinder Morgan, the company facing continual problems in twinning its Trans Mountain pipeline from Alberta to its terminus in Burnaby, B.C.

Thus, Ms. Notley said, “If we have to, Alberta is prepared to do whatever it takes to get this pipeline built,” and that included that “Alberta is prepared to be an investor” in the Kinder Morgan project. On Tuesday, she went a step further and declared she would consider buying the pipeline outright. Meanwhile, Mr. Kenney argued that while he was “philosophically opposed to corporate welfare,” that a “major market failure” had occurred. That, he said, justified an equity stake “to ensure economic progress.”

Let’s dissect both positions, but start with Mr. Kenney. There is no “major market failure.” Instead, there has been major government interference for more than a decade in getting Canada’s natural resources – oil, in this case – to markets. In the case of British Columbia, consider former premier Christy Clark’s 2012 “five conditions” if any new pipelines were to be constructed across B.C (this, as if the province was not subject to free-trading requirements in Section 92A(2) of the Constitution).

Major government interference of course continues under the B.C.’s NDP government and the City of Burnaby. They are helped along by their anti-resource development activist allies on the ground.

Lastly, the federal government (and despite Prime Minister Justin Trudeau’s and Natural Resources Minister Jim Carr’s protestations to the contrary) is of little help in getting the pipeline built. It is an open secret in Calgary that the Trudeau government’s multiple, extra regulatory burdens now being imposed on the energy sector mean that even if Trans Mountain is built, it will be the last pipeline project, ever. Multiple and multiplying regulatory government thickets are the reason.

Back to equity stakes: In addition to why corporate welfare is always a bad deal for taxpayers and a risk even when offered through equity, which often turns into a loss, an Alberta government financial stake in Kinder Morgan would change none of the above dynamics.

I’ve never believed Ms. Notley was serious in her tactics to force the B.C. government to reverse course on its anti-oil position. It is the same with her latest threats.

Instead, if Alberta’s leading politicians want to force the matter, and in a way that has impact, here are three immodest proposals: First, Ms. Notley should introduce legislation that signals her government will repeal the Alberta carbon tax. Absent any B.C. government backdown on the pipeline, and actual federal efforts to the same end, it is overdue to end the charade that Alberta’s carbon tax has enabled so-called social licence. It has not.

Second, Ms. Notley should show up in British Columbia and endorse pro-pipeline B.C. Liberal and Skeena MLA Ellis Ross, the opposition critic for Natural Gas and Petroleum Resources. Political support for Mr. Ross, a former chief councillor for the Haisla Nation, would also force the B.C. government to go on the defensive vis-à-vis pro-energy First Nations. Ms. Notley’s political endorsement of Mr. Ross and betrayal of her same-party colleagues in Victoria is the only way to get their attention in a substantive way.

Last, the federal government – which likes carbon taxes and claims the authority to impose them on provinces, but also claims it wants Trans Mountain to proceed – could demonstrate its fealty to both propositions with a simple measure: Add $1 a litre to gasoline prices in British Columbia. One suspects $2.50 a litre for gasoline in greater Vancouver and nearly similar prices elsewhere in British Columbia would focus minds and finally provoke a reaction, and perhaps a B.C. government retreat.

Unlike an inadvisable equity stake in Kinder Morgan, those three measures would constitute a serious and necessary escalation in this dispute. Anything else by politicians in Alberta or Ottawa would be useless theatrics. 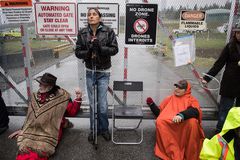 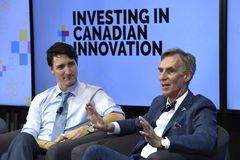 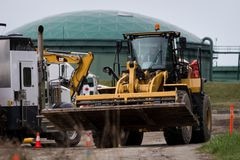