I am a drug pusher and have been for the past 25 years. Paladin Labs Inc., a specialty pharmaceutical company that I co-founded and led for 19 years until its US$2.95-billion sale, continues to commercialize dozens of pharmaceuticals. On the same day that Paladin was sold in 2014, I started another publicly traded specialty pharmaceutical company, Knight Therapeutics Inc. I didn’t even take the day off because I love what I do – make people better and hopefully make money in the process, in that order. Knight has already generated $260-million of net income by commercializing innovative pharmaceuticals that touch people’s lives.

That is why I can tell you with authority that the paramount goal of therapy is treating the disease not the symptoms.

Our ill patient is our beloved democracy, suffering from a chronic case of income inequality that, if not treated, will continue to metastasize until death. Symptoms include, but are not limited to, civil unrest, increased racial discrimination, support for lying political leaders and the internalization of unfounded conspiracy theories.

It’s a problem around the world, but Canadian statistics highlight a disturbing level of inequality here. In 2018, the poorest Canadians represented 3.9 per cent of total income – a paltry figure that’s become more meager over the years. In 1981, that same cohort represented 4.6 per cent. Contrast this to the richest 20 per cent, who grew from a 41.6-per-cent share of income to 47.1 per cent. The trend is not the friend of democracy nor stability.

According to Stanford professor Walter Scheidel in his eye-opening book The Great Leveler: Violence and the History of Inequality from the Stone Age to the Twenty-First Century, economic inequality has only been “cured” by one of the “Four Horsemen of Leveling”: warfare, revolution, state collapse and plague. Each of the Four Horsemen historically results in increased remuneration of labour while reducing the remuneration of capital.

My favourite unexpected consequence came from learning that, while the Black Plague of 1347 killed 25 per cent of the population of Europe, real wages doubled owing to a labour shortage. An interesting side effect was that Europeans grew taller because of a healthier diet.

Thankfully, we can save our patient from a ventilator in an already-crowded intensive care unit. We have the cure that will result in our patient making a full recovery: It’s increasing the income tax paid by Canada’s top 1 per cent, which, according to 2018 StatsCan data, represents 283,015 tax filers with an average income of $496,200. (The top 0.1 per cent comprises 2,835 Canadians with an average income of $5,624,400.)

As a member of the top 0.1 per cent, I stand ready to ingest this medicine.

I fully recognize that actively requesting higher personal tax may not help me secure any more chief-executive-officer awards or friends. I also recognize that the best leaders lead by example. At both Paladin and Knight, I have tried to loosely maintain the Ben & Jerry’s salary rule that the highest-paid employee should never exceed a pay more than seven times the lowest-paid person. The average current Canadian CEO makes a shocking 227 times the average annual worker’s pay package. Not even Tampa Bay Buccaneers quarterback Tom Brady earns that much more than his lowest-paid teammate. In fact, Mr. Brady earns roughly 41 times the NFL’s minimum salary for the 2020 season.

My forte is selling drugs, not saving our cherished democracy. But I am committed to doing my part. Jewish tradition holds that “you are not obligated to complete the task, but neither are you free to desist from it” (Pirkei Avot 2:21.).

The charitable sector can provide desperately needed symptom relief, but nothing to treat democracy’s underlying illness. Private Canadian charitable foundations now manage more than $50-billion, up 277 per cent over the past 10 years. My family passionately agreed to join this Band-Aid solution. When I sold Paladin, slightly more than 10 per cent of my family’s sale proceeds went to the Goodman Family Foundation. But charitable foundations are only obligated to donate a paltry 3.5 per cent of their assets each year, which doesn’t touch enough lives quickly enough.

Paying tax, as my father rightfully points out, is a blessing because it means that you made money. 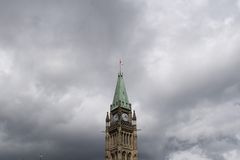 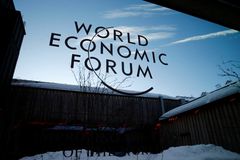 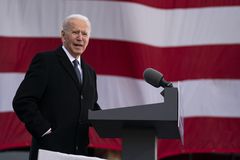