Cases of booze, a Swiss watch, a Brooks Brothers suit and the now-infamous log splitter. These are some of the items on a list of questionable expenses filed by two top B.C. legislature officials.

In an age when so many of us are accustomed to bad behaviour by people in high places, the scandal over alleged bogus expenditures might seem rather harmless. It is not. It is a warning.

B.C. Premier John Horgan is rightly worried that a culture of “entitlement” has permeated the legislature after a government report detailed a litany of alleged spending abuses by Clerk of the House Craig James and Sergeant-at-Arms Gary Lenz. The report prompted the suspension of the two pending an investigation.

Government auditors and ethics watchdogs should be on the lookout for similar abuses, if they aren’t already.

Part of the problem is that we think we’re so pure. Canada generally scores well in rankings of the world’s least corrupt countries, placing eighth on Transparency International’s recently released 2018 Corruption Perception Index. That should be reassuring. But the group’s Canadian chapter warns that Canadians have become too complacent about all forms of corruption, including in government.

“Canadians … suffer from corruption through the loss of trust in public institutions,” the organization said in a statement last week. “Every scandal adds to cynicism and a sense that the rules of the game are fixed for the powerful.”

For some officials, a big paycheque apparently isn’t generous enough. Mr. James, who was paid $347,000 a year as the unelected clerk of the B.C. legislature, racked up $235,000 in travel bills over the past five years and brazenly passed off a long list of personal items as legitimate government expenses, including expensive suits, Bose headphones and tickets to sporting events, according to a report by the B.C. House speaker.

It’s not clear if Mr. James broke any laws, and he denies any wrongdoing. But that doesn’t mean such behaviour isn’t wrong.

Some potential corruption is hiding in plain sight. MPs and senators routinely accept free trips from foreign government-backed organizations, often with spouses in tow, in what is inoffensively called “sponsored travel.” Under federal conflict-of-interest rules, MPs are permitted to accept free travel that “arises from or relates to their position,” as long as they disclose it. What was spent is available for all to see in an annual report by the federal ethics commissioner.

The rules treat such trips as harmless junkets. The risk is that a trading of favours may be involved, or at least, the perception of such an exchange. The governments of China, Taiwan and Israel – all with strident policy agendas in Canada – are some of the most frequent sponsors of such trips.

Reporting by The Globe and Mail’s Robert Fife and Steven Chase highlighted that John McCallum, who was pushed out recently as Canada’s ambassador to China for comments he made about the Huawei controversy, was the recipient of $73,300 worth travel from the Chinese government during his years as an MP.

The worry, of course, is that gifts of flights, meals and accommodation may unduly compromise recipients in their work as politicians. Maclean’s columnist Scott Gilmour went a step further, calling the practice “open bribery” of MPs.

Living expenses are another area where MPs risk crossing ethical lines. Jason Kenney, leader of Alberta’s United Conservative Party, is now in hot water for allegedly pocketing an annual subsidy of $10,000 a year for maintaining a secondary home in Ottawa, where he lived, when he was a Calgary-area MP from 2012-15. He was eligible for the payments by declaring that his primary residence was a basement suite in his mother’s home at an assisted-living facility in Calgary.

The psychology of entitlement in the workplace offers clues to why politicians and government officials get in this kind trouble. Research by psychologists Emily Zitek of Cornell University and Alex Jordan of Harvard Medical School finds that people with a greater sense of entitlement are more likely to break rules because they view them as an unfair imposition – even at the risk of being punished.

Unfortunately, when it comes to spending abuses by MPs and government officials, the unfairness – and the damage – is inevitably borne by taxpayers. 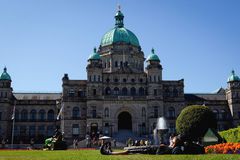 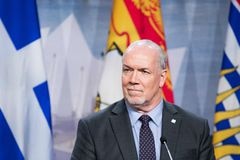 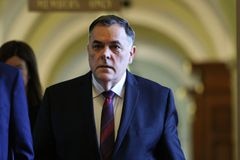