It’s a pretty safe bet which Canadian climate policy will attract the most attention in 2021.

The Liberal government’s recently announced intention to increase the national carbon price until it reaches $170 per tonne by decade’s end would be by far the biggest step this country has taken toward meeting its emissions-reduction targets. It’s also contentious enough to attract vehement opposition from several provincial premiers, and could potentially be a flashpoint in a federal election campaign.

But amid all the noise, it will be important to remember that the carbon price is not a silver bullet for the clean-economy transition, and that there is still plenty of other work that Prime Minister Justin Trudeau and his cabinet should be doing to put a comprehensive plan in place.

A lot of that, now that they’ve settled on a centrepiece policy, means developing complementary pieces that allow the carbon price to achieve its fullest potential – to not just help the country squeak through its Paris Agreement commitment to cut greenhouse gas emissions 30 per cent by 2030, but to maximize reductions on a path to net-zero emissions by mid-century.

In some cases, that means policies that ensure that when consumers are swayed by the carbon price to change their behaviour, there are sufficient low-carbon options available to them. In others, it means recognizing that there will remain some market failures, with the incentive simply not strong enough absent other government intervention. And, crucially, it means industrial policies to seize the economic opportunity from decarbonization, rather than having Canadian companies suffer competitively.

On the consumer side, start with road transportation, which is Canada’s biggest source of emissions outside oil-and-gas production. Most Canadian cities don’t have good enough public transit systems to fully capitalize on commuters incentivized to give up driving, and the cash crunch caused by COVID-19 could cause service to deteriorate. So there will be a lot riding on a federal commitment of permanent transit funding – which Mr. Trudeau has promised for early 2021, although the specifics are unknown.

And drivers enticed to give up gasoline-powered cars and trucks for electric vehicles need easy access to EVs and comfort with their reliability. So the Liberals have a decision to make about whether automakers’ slowness getting EVs to market merits setting quotas through a supply mandate (perhaps alongside the new U.S. presidential administration), and will need to continue investing in charging infrastructure.

Decarbonizing buildings, which account for about 13 per cent of emissions, may require even more supplementary policies. Ideally the higher carbon price will help persuade homeowners to undertake deep energy retrofits of their homes – renovations such as complete replacement of heating and cooling systems – but upfront costs can be prohibitive. The Liberals have vaguely promised a new loan program, but again the devil will be in the details.

There are other, even thornier, challenges with retrofits. Older apartment buildings likely require some combination of aggressive incentives and regulations, because the carbon price might not affect the calculus of landlords whose tenants pay their utility bills. And there is a common assessment among those familiar with the retrofit industry that it’s not ready to meet significantly increased demand, contributing to the need for a broader strategy that includes training programs along with new building codes and retrofit standards.

Meanwhile, as transportation, buildings and other components of the economy reliant on fossil fuels are (hopefully) electrified, there will be a need to develop clean power grids able to meet that demand.

The federal government is limited on that front, since energy utilities are mostly provincial. But it has already committed through the Canada Infrastructure Bank to provide financing for grid connections between provinces with an excess of clean power and those that lack it. There is work to be done to forge those ties, and to encourage investment in renewable power sources and energy storage.

Then there is the industrial side, which very broadly is a two-fold challenge.

One side of it involves sectors that can’t easily decarbonize (steel and cement are common examples). To date, the approach has been to provide them with exemptions from the industrial carbon price to avoid a competitive disadvantage internationally, which isn’t a great long-term option if emissions reduction is a priority.

That’s why Ottawa is expressing interest in border carbon adjustments, which would likely involve applying the price to imports and rebates on exports. Even if it moves forward in that regard, though, the government has to consider how much financial support to provide companies to find ways to reduce their emissions – an especially fraught discussion when the oil-and-gas industry enters the equation.

The other side is about trying as much as possible to reduce emissions with homegrown clean technology, which might then be exported. That involves supporting upstart companies with promising innovations, which often struggle to scale up in Canada because of a relatively low-risk investment culture.

While early stage businesses get some help through federal investment agencies, the Liberals have for a while made noises about doing more – procurement policies to give younger companies a leg up, new tax measures, more technology-specific strategies. The prospect of the carbon price creating more of a market for emergent products should light a fire under those discussions within government.

And relatedly, but somewhat in a world of its own, there is much talk of developing a Canadian EV supply chain, from extraction of component minerals to manufacturing. What that would involve, other than automaker subsidies that have begun to attract EV assembly commitments, is something Ottawa needs to figure out.

It would hardly be reasonable to expect all of this to come together in the new year, even if there wasn’t a still-continuing pandemic to deal with.

But it would be a mistake, for those who have long pined for Canada to have a more ambitious climate plan, to spend the months ahead just patting the Liberals on the back for their carbon-price boldness.

Mr. Trudeau and his ministers clearly know the plan has to be multifaceted; in recent months alone they’ve announced several other climate-related policies, including the new Clean Fuel Standard and billions of stimulus dollars.

But a government that clearly wants the greening of Canada’s economy to be its legacy will need to press hard to keep policy-making momentum when the carbon price debate threatens to overwhelm all else.

There are all kinds of necessary debates about how to fill the many remaining gaps in the plan that will deserve some airing in the new year, too. 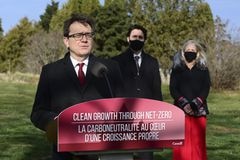 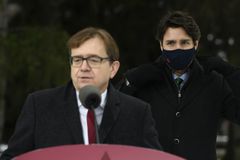