In almost a month since Prime Minister Justin Trudeau’s government has fought off allegations of attempting to interfere in a judicial matter, one basic question has gone unanswered: Why did the Director of Public Prosecutions reject SNC-Lavalin Group Inc.’s request to negotiate a remediation agreement in the first place?

The answer to that question would help Canadians figure out whether former attorney-general Jody Wilson-Raybould was correct in upholding the DPP’s decision, despite repeated attempts by the Prime Minister’s Office to have her overturn it.

The PMO appears to have fully expected the Director of Public Prosecutions, Kathleen Roussel, to offer SNC-Lavalin a deal. On learning in September of her refusal to do so, the PMO sprang into action, repeatedly putting pressure on Ms. Wilson-Raybould to overrule Ms. Roussel or persuade her to change her mind. She refused to intervene.

Last spring, the government passed amendments to the Criminal Code to allow companies charged with crimes to defer prosecution through a remediation agreement under which they would pay a fine and undertake extensive governance changes.

The amendments, contained in an omnibus budget bill, sailed through Parliament. Ms. Wilson-Raybould appeared to support the changes, last week telling the House of Commons justice committee: “I was part of a cabinet that brought this tool in.”

What is at issue, however, is not whether Ms. Wilson-Raybould supported the concept of remediation agreements, also known as deferred prosecution agreements, but whether the Prime Minister and his entourage crossed the line in seeking to get her to intervene directly in the SNC-Lavalin case. “What is relevant to this discussion … is the role of the Director of Public Prosecutions, the role of the Attorney-General of Canada and the necessary independence that is a constitutional principle for prosecutors to be upheld,” Ms. Wilson-Raybould told the committee.

Still, the belief that Ms. Roussel overstepped her authority in denying SNC-Lavalin’s request to negotiate a remediation agreement is the basis for the company’s application before the Federal Court of Appeal seeking a judicial review of her decision. SNC-Lavalin is arguing that “the decision is based on an unreasonable exercise of her discretion and must be set aside for several reasons.”

In her Oct. 9 letter informing SNC-Lavalin of her decision, Ms. Roussel wrote only that “an invitation to negotiate a remediation agreement is not appropriate in this case.” She did not say that a remediation agreement would contravene the public interest, leading SNC-Lavalin to call her decision “an incoherent application of the relevant criteria.”

Indeed, one of the main justifications for legislation permitting the use deferred prosecution agreements in Canada was that it would spare stakeholders – employees, shareholders, customers and pensioners – from suffering for wrongdoing committed by a small number of people. SNC-Lavalin has more than 9,000 Canadian workers.

SNC-Lavalin argues that it has “easily met” all the criteria required under the law to be eligible for a remediation agreement. This includes the implementation of “a world-class ethics and compliance program” to ensure that the alleged wrongdoing that led the RCMP to lay fraud and corruption charges against the company in 2015 “is not repeated” in the future. The charges relate to bribes allegedly paid to Libyan officials between 2001 and 2011.

In addition to criteria that need to be met to qualify for a remediation agreement, the law also sets out several factors that the DPP “must” consider in making her decision. Among them are “the conditions in which the act or omission that forms the basis of the offence was brought to the attention of investigative authorities.” The purpose here is to encourage companies to voluntarily disclose wrongdoing to the police.

Opinion: Did Trudeau fall for a bluff that SNC-Lavalin would flee Canada?

Opinion: Look away. There’s no scandal here with SNC-Lavalin

In SNC-Lavalin’s case, the company does not appear to have disclosed information to police about alleged wrongdoing involving the former head of its international operations, Riadh Ben Aissa, before the RCMP conducted a raid on the company’s Montreal head office in April, 2012, at the behest of Swiss authorities. This failure by SNC-Lavalin to alert police in a timely fashion may be at the root of the DPP’s decision.

Allowing a company to negotiate a remediation agreement after it or its employees get caught by police might decrease the incentive for other companies to voluntarily come forward and admit wrongdoing. In the United States, where deferred prosecution agreements have existed for years, voluntary disclosure is considered a critical factor by the Department of Justice in whether to grant a DPA.

Unless Ms. Roussel is required to elaborate on her reasons for refusing to negotiate a remediation agreement, we cannot know what specific factors swayed her decision. It may not matter with respect to the allegations of political interference by the PMO. But it would certainly shed light on whether she made the right call in the first place. 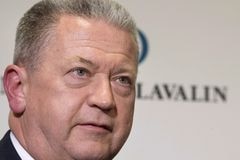 Opinion
You can’t just smile through it: Four pieces of advice for Trudeau to quell the storm Subscriber content
March 6, 2019 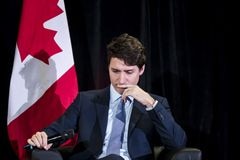 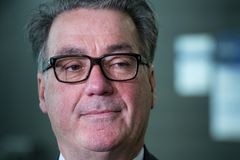 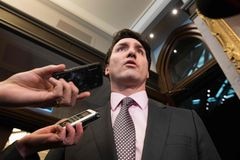